Want to favorite a piece or view past favorites? Confirm your email here. 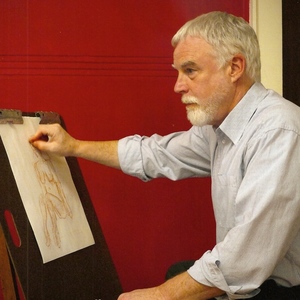 To favorite pieces, please add your details. We'll send you an email to confirm your information.

Check your inbox and confirm your email to start favoriting.

After years of neglect, Hillsborough's iconic Colonial Inn has been restored and is now open for business! The new owners ... more 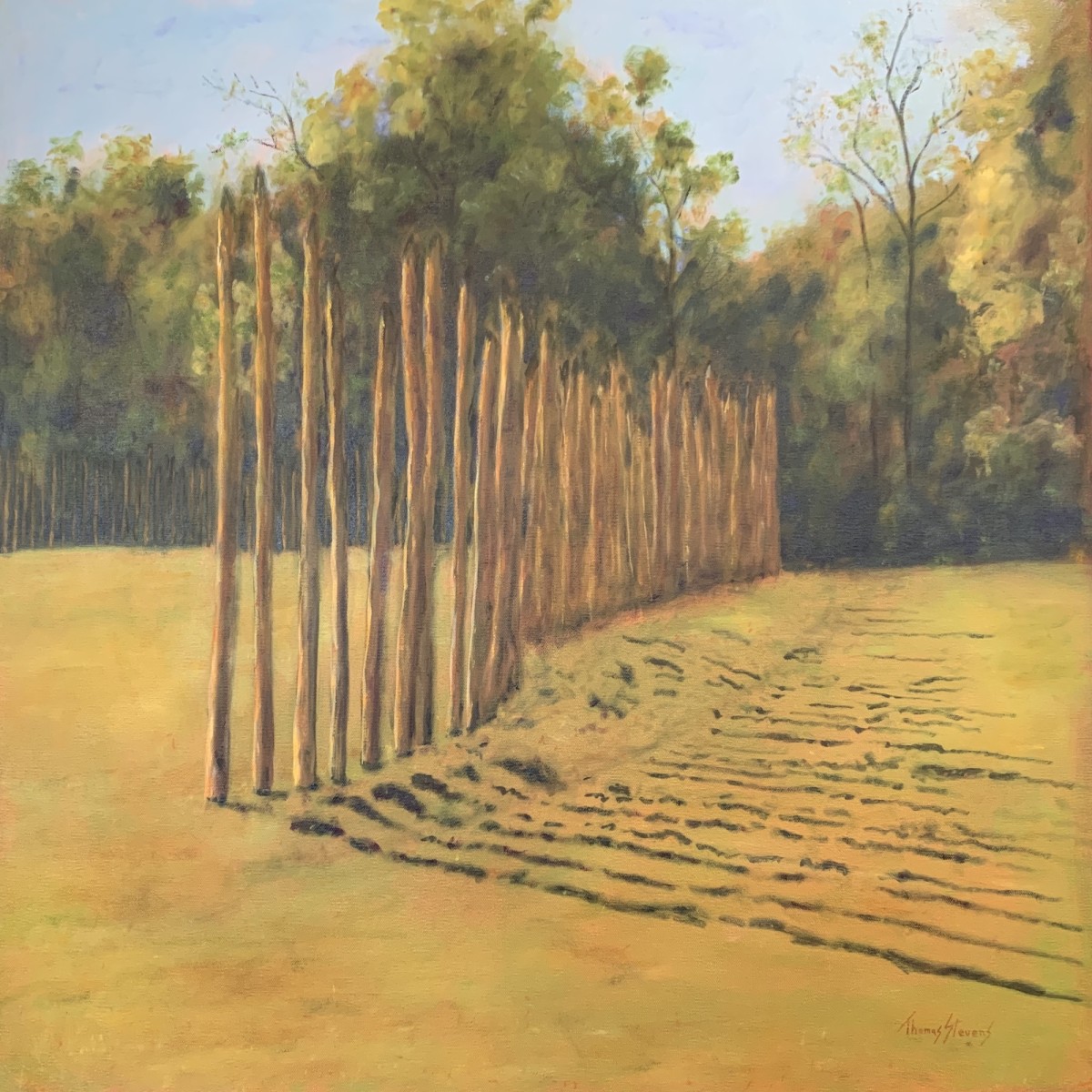 In the late 1990s a replica Occaneechi village was constructed in Hillsborough along the Eno River, modeled on an original c.1700 village that stood nearby. The replica village became a much visited attraction, and a place for pow-wows and living history events. When the Occaneechi gained tribal status in 2002, the replica village was moved to their nascent cultural center in Alamance County, leaving only a sample of the aging cedar palisade behind. The shadows falling from this line of posts that caught the artist’s eye, inspiring a series of paintings and drawings.
In December 2016 over 100 people attended a rededication ceremony to the grounds where a new replica village is being constructed by volunteers and collaboration between the Occaneechi, town, county, and other organizations. The outside palisade is now virtually complete, and affirms an important part of our community history, not to mention inspiring additional artworks.