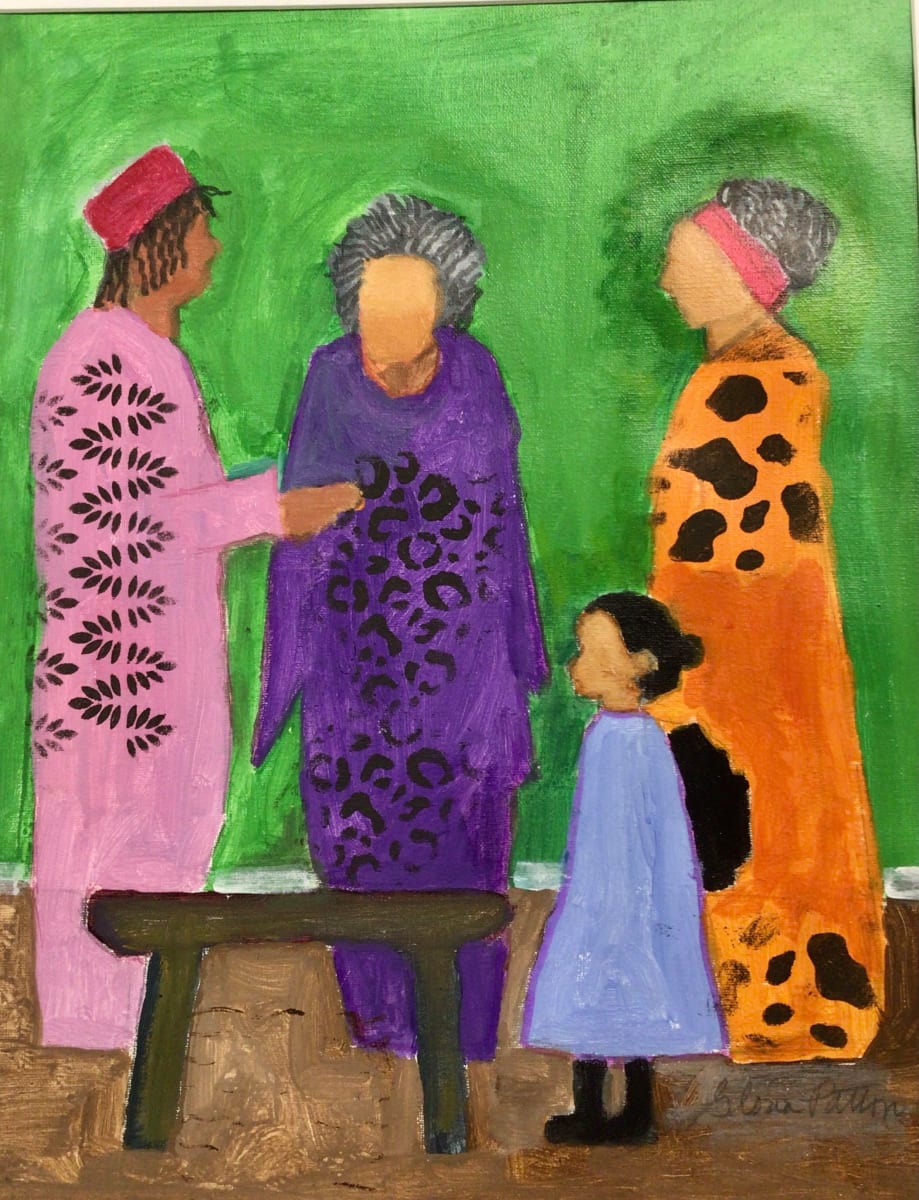 “In quietness and in confidence shall be your strength.” Isaiah 30:15 has been a guiding verse in the life and art of Gloria R. Patton. Born in the Bronx, New York art has always played a central part of her life as she was able to experience the world through museums. “I grew up poor and could hardly afford bus fare much less a plane ticket. Art brought the world to my doorstep and allowed me to understand the beauty of culture just by looking at a painting,” states Gloria.

Gloria taught Art in the New York City public school system from 1969 to 2000. More than teaching, Gloria saw the opportunity to bring her students closer to culture by using art as a mechanism for cultural cohesion. As an educator Gloria utilized her summers to travel, attending artist residencies all over the world from Italy, Egypt, Indonesia, South Africa, England, and Central America.

Retired from teaching since 2000, Gloria spends a majority of her time at her Brooklyn art studio where she has been collaborating with other Black female artists on projects that are meaningful to her such as Project 2020.