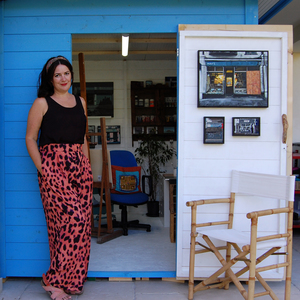 Email for pricing and availability | contact@michelleheron.co.uk 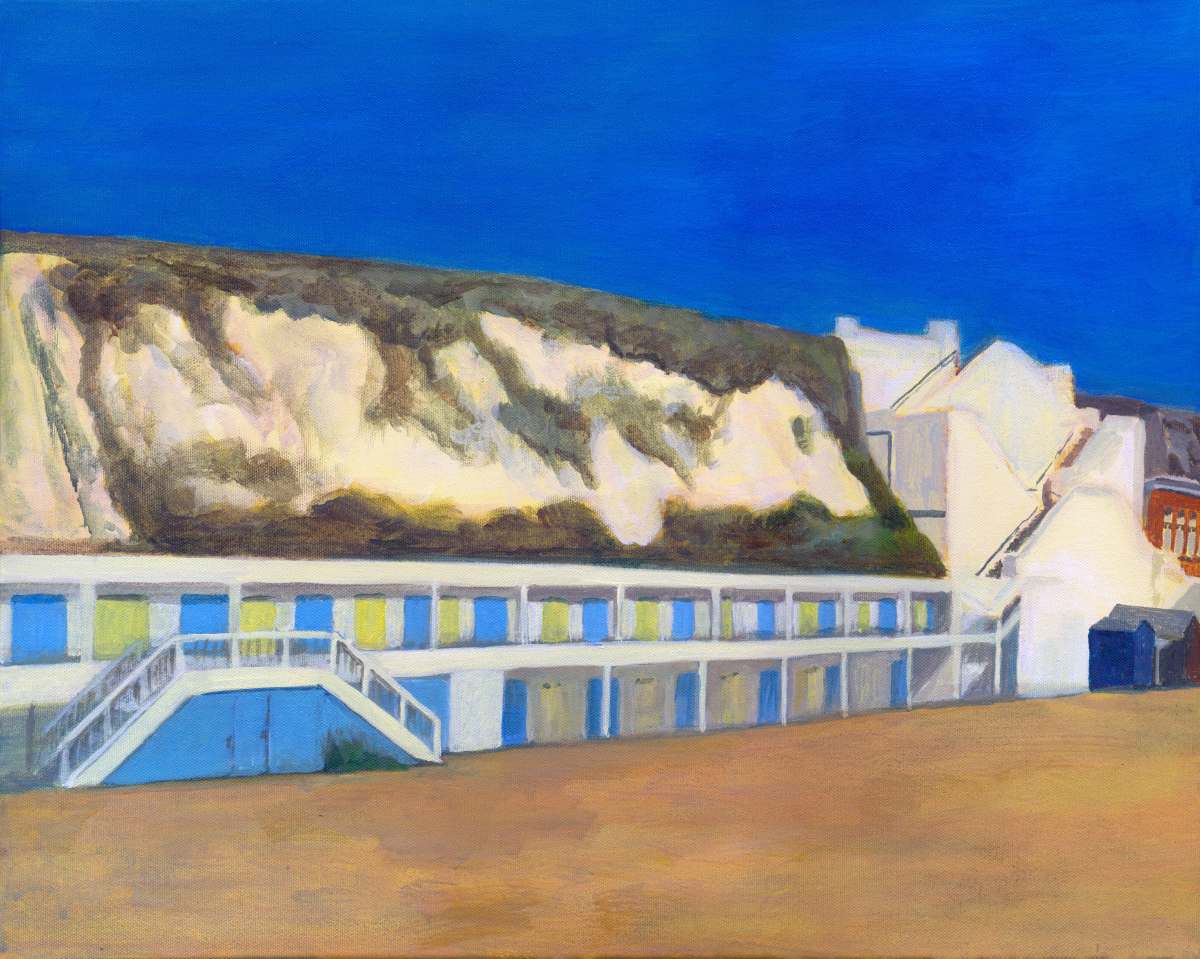 This painting was what I created during my heat for Sky TV's Landscape Artist of the Year 2018 on Broadstairs Beach, Kent.
Here's the process I wrote about and my experience of the day being filmed: I decided I wanted to make a good head start to keep me calm for the rest of the day. I probably rushed the start though as I had to make a change to the composition but I was glad I made the decision to change it early on. I wasn't worried about it looking like a mistake as I think the judges also look at your decision making. Even though I'm not an experienced en plain air painter I have done it before and was prepared for changes in light and planned where the sun and shadows would be. I decided to omit some parts as I felt I wouldn't have enough time to do them justice and I'd rather have a finished painting. I don't think the judges have ever chosen a painting that looks incomplete. Even though it was very hot and I was worried about using acrylic paints I didn't find the heat made it harder for me. I did bring some medium to keep the acrylics wet but found that made it an extra thing to think about and decided to just paint the way I'm used to. I did struggle at the very end to finish as we'd been given our 5 minute warning which I was hoping to use to finish the foreground, but then spent most of those final minutes being interviewed!

I had a really enjoyable day and still can't believe I took part. It gave me a huge boost to my confidence as an artist which is priceless. The crew were all lovely, normal and professional. It was a very long day and I was exhausted by the end having got by on adrenaline.

I was totally shocked to get picked as in the final 3, I thought I'd not done enough and ruined my painting in the final rush to try to finish.