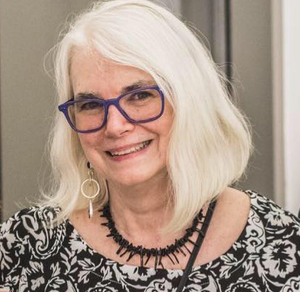 An assortment of the original paintings by April M Rimpo's paintings is on display at RE/MAX Advantage Realty at their Westminster site. The site was just refurbished and is a beautiful location to show my art. There will also be ... more 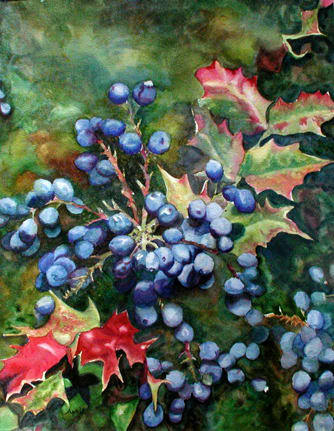 When I photographed and later painting this image I wasn't sure what the fruit was. Later a friend told me it is Mahonia. Originally from China, this plant has been found in the south eastern regions of the United States. However, I first saw it on an island in Puget Sound in the Northwest. Since then I learned it is commonly called the Oregon Grape Ivy, so apparently not rare in the NW.
I loved the contrast of the berries that were very dull and the shiny leaves of this evergreen bush.
Arrives in a 25" X 21" frame.