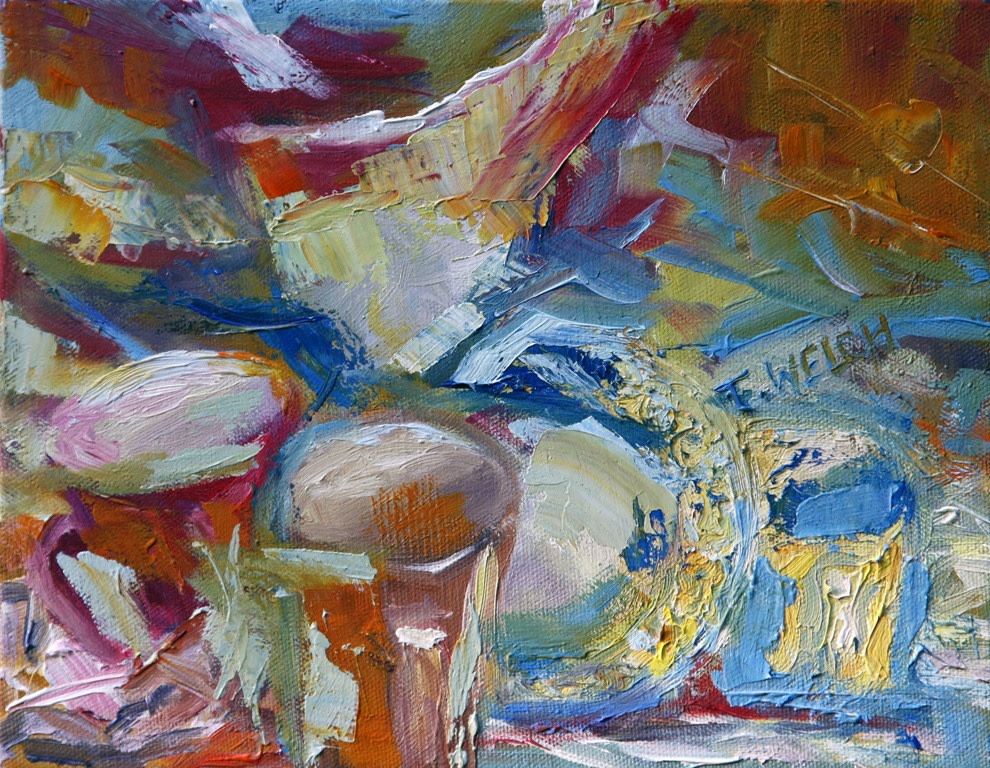 The Space of Dishes II

It is a cheeky title really because this still life has little to do with cupboard or counter spacial requirements of dishes. The real possibility of the clatter they will make falling out of the frame of this painting is taking up as much space as the colour, light and structural relationships of these ordinary items. At first they may appear as an attempt at realism. Then the wiping away, the movement of light and inconsistent prominence in the canvas reminds us, it is after all, just paint - paint that is ordered and unordered to engage our imagination for no other reason than to amuse us. An amusement that allows us to pass judgement on the painter, to ignore our governments and how they are failing us, to deny that we are participants in an economy that is perpetuating a global Easter Island. An amusement that allows us to dismiss our preoccupation with our own mortality without contemplating the loss of effect antibiotics through super bugs. Instead, we glance at this work for a three full seconds, possibly give it a "like" or "plus" or "fav," and then it is added to the cyber-trash and the racket that has become an addictive alternative to physical city streets and pedals selling their wears. But there is a freedom in such clutter. Not many will read beyond the title of this post and only a few more than this will even consider these dishes as they browse with thumb scrolling further... missing their child's first step, their father's last breath and the thief that just stole the password for their online banking. Fewer still will consider their own dishes and what a gift they are in serving drink and food. With even greater safety of having my thoughts and painting puzzles go unnoticed, I can now share with you how at this near-end-of-human-abundance-on-earth we need no long search for what is new but rather we have the ability to grasp all that is and organize this knowledge into fleeting glimpses of what might have been. Dishes can do this. They have been with us for most of this civilizing journey of humankind. May they fall from the canvas with such as crash that they are relinquished from the scrolling thumb and remind us where we would be without them... or paint ;) Painting revised in later and photographed in January 2015. 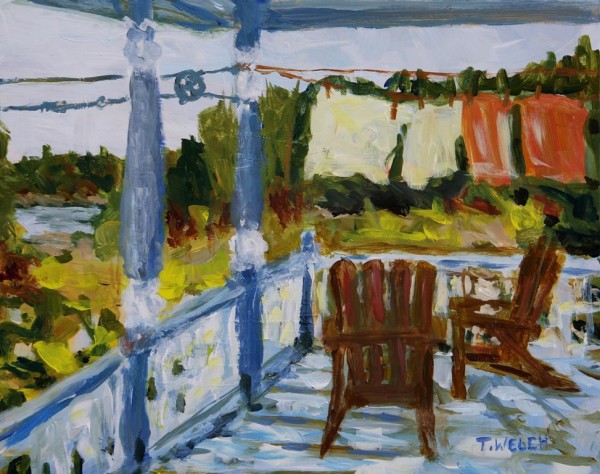 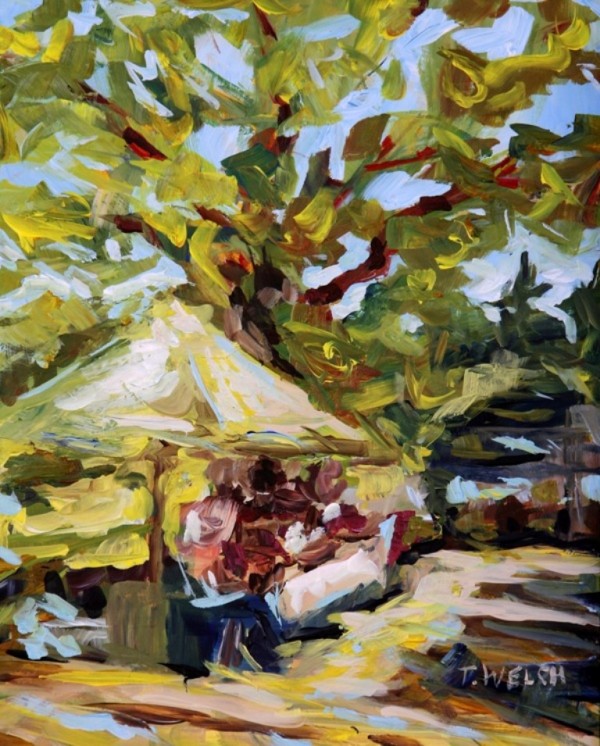 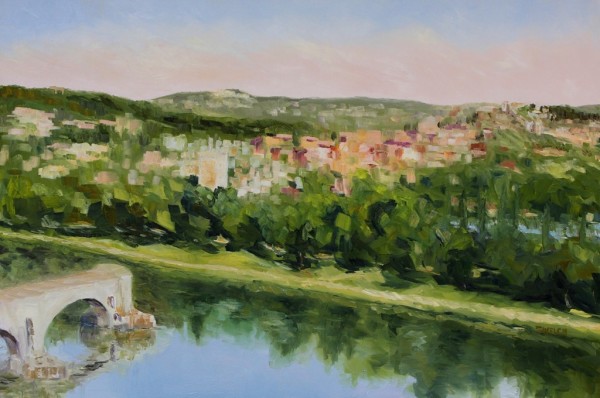 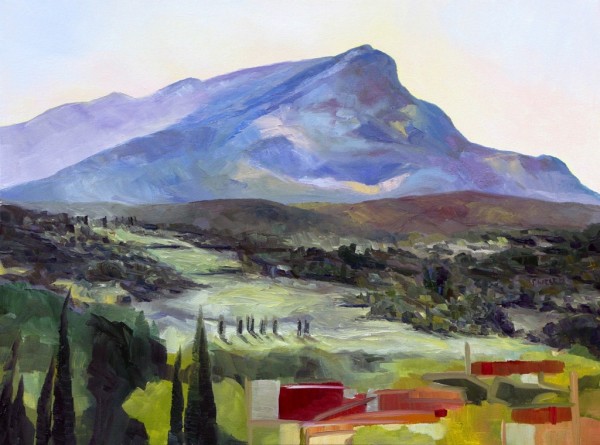 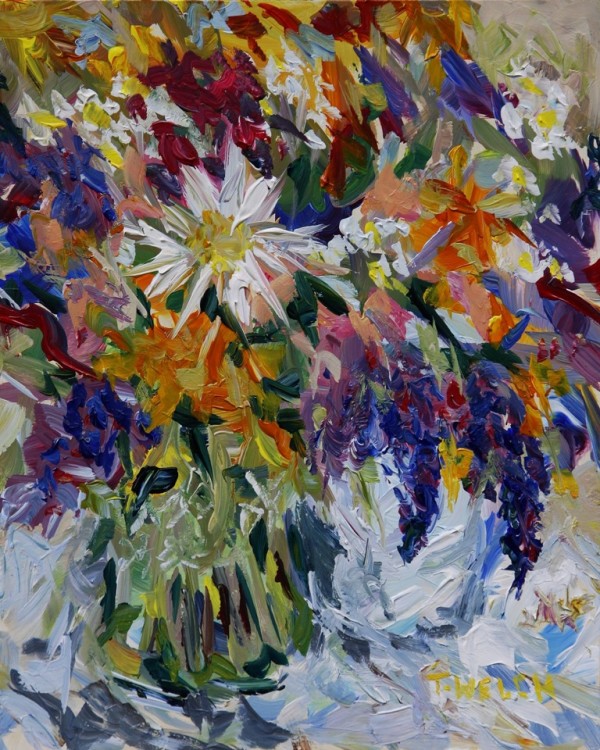 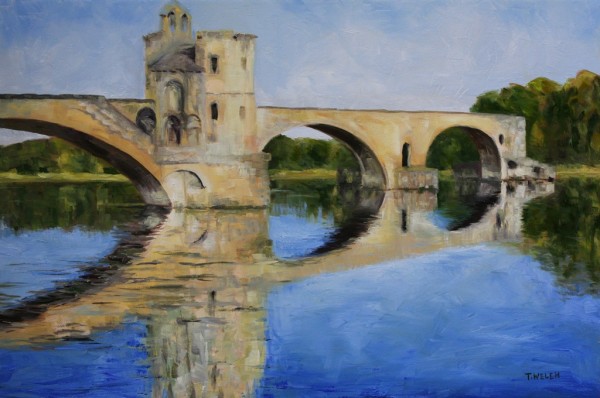 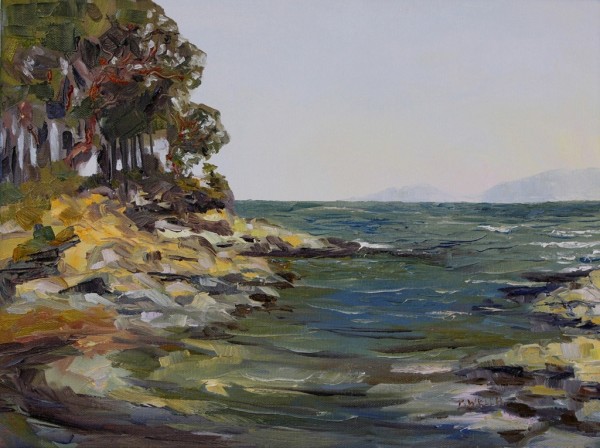 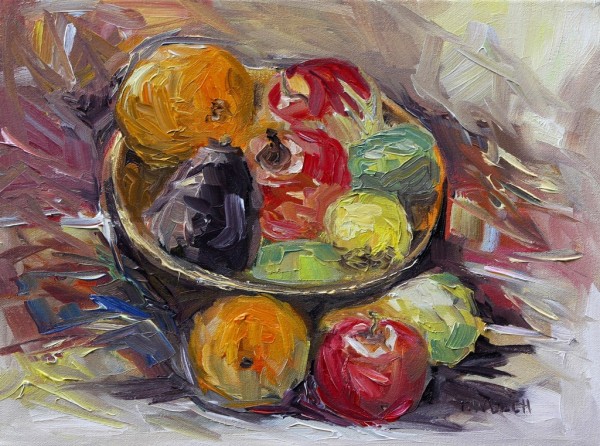 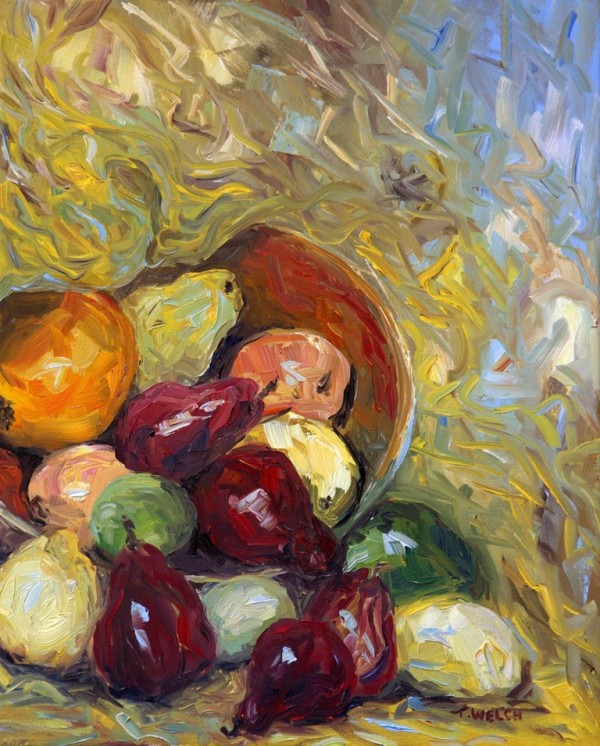 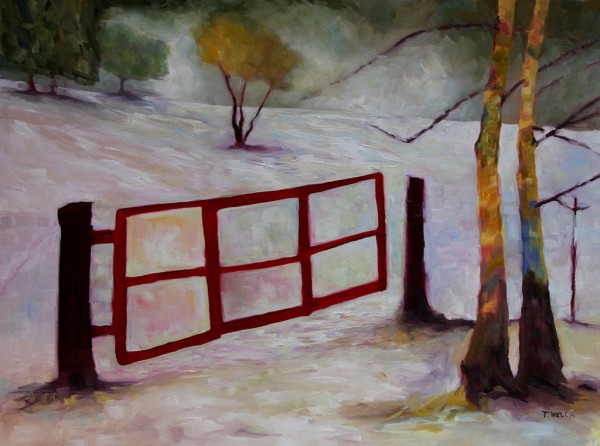