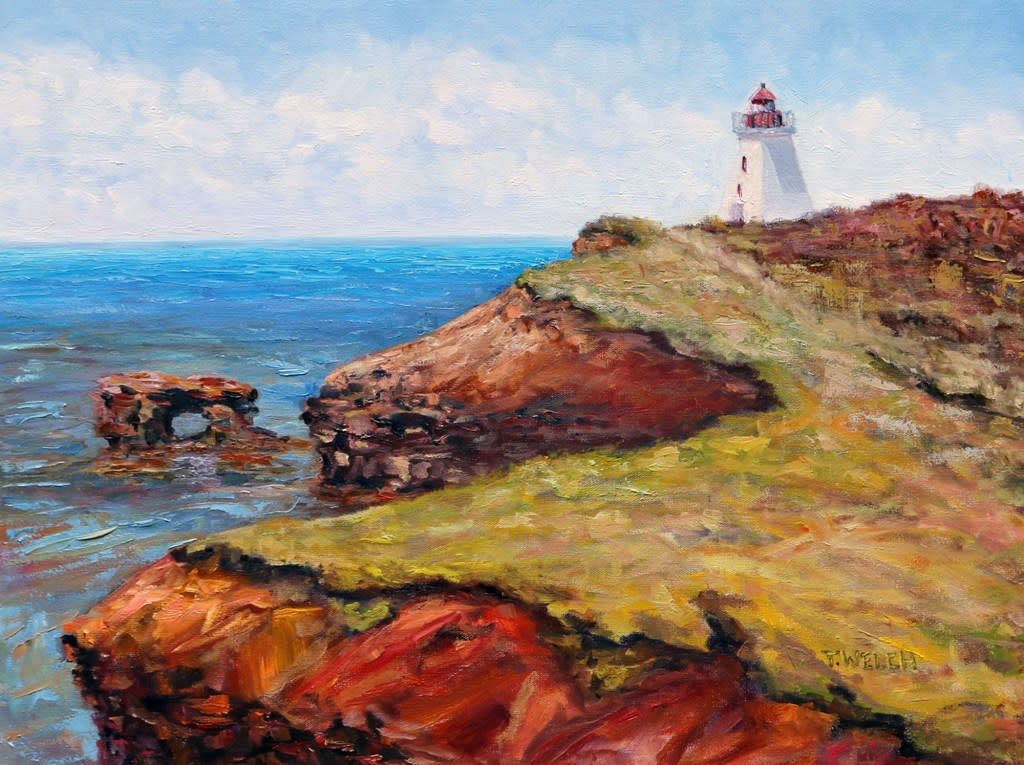 While standing on a narrow slip of land reaching out into the Atlantic sea it is tempting to shout "Give it back! Give all that red dirt you have swallowed back to shore!" But the sea never listens to such demands or pleas. We must accept, make adjustments. Cap Egmont Lighthouse, Prince Edward Island, Canada.

The Cap Egmont Lighthouse was completed in September 1884 and was recognized as a heritage place under the Prince Edward Island Heritage Places Protection Act on October 3, 2012. Severe erosion caused the lighthouse to be relocated a short distance inland in April 2000. In this painting the lighthouse is more closely positioned to its original location. The studio work follows a plein air painting session at this site during the spring of 2016. 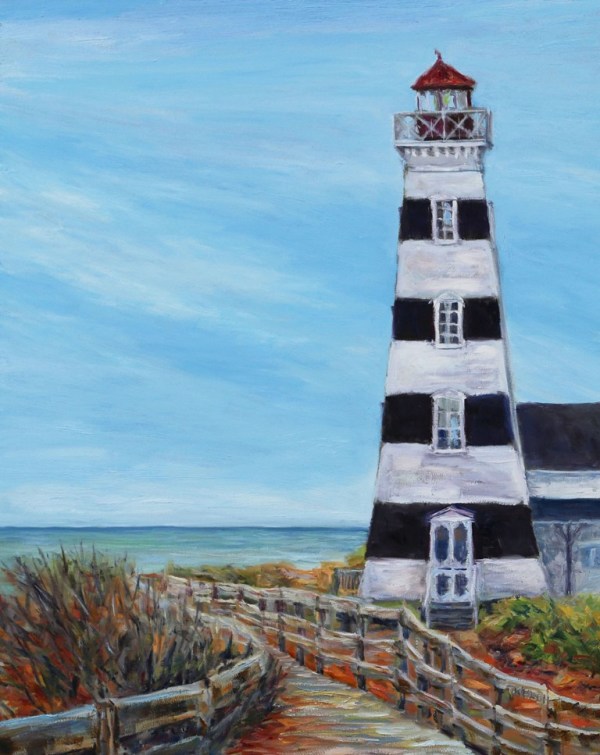 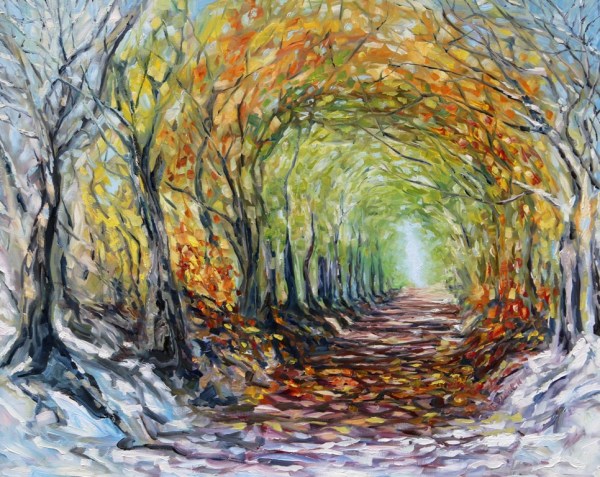 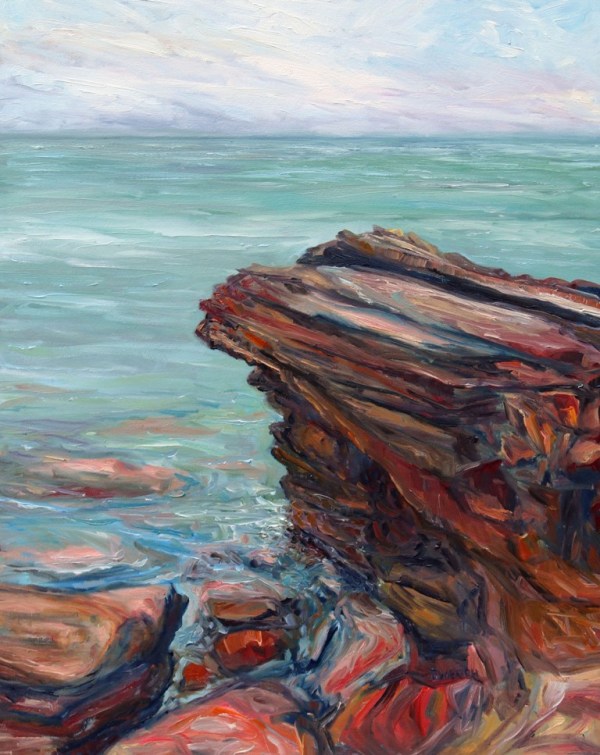 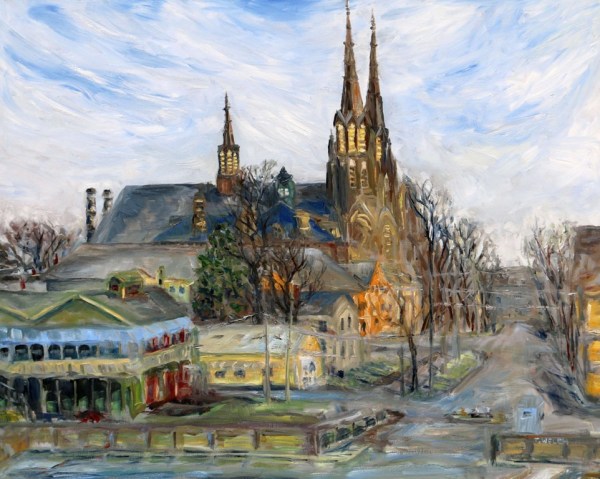 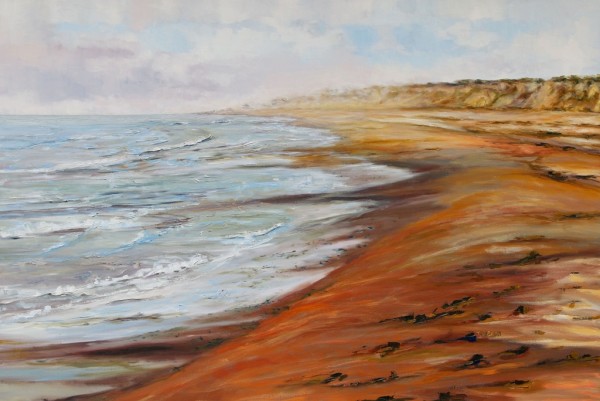 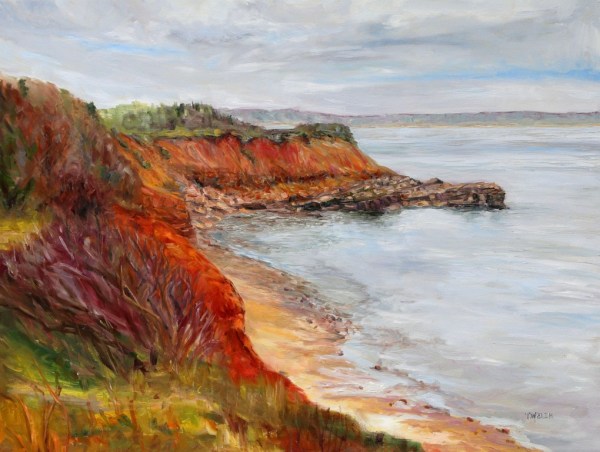