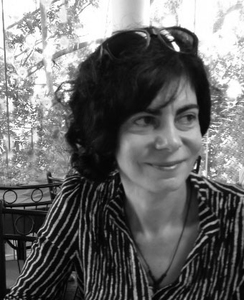 Sona is a graphic artist and illustrator from Armenia, currently living in Brisbane, Australia. She has been working as a translator of literature, editor, and graphic designer, and it was not until 2008, when she finally decided to focus all her attention on art and illustration. Sona’s works are full of subtle humor, poetry and magic. Many of her works are held in private collections in Australia, Europe and the US. She works both in traditional and digital media, in color and black and white.

"Sona creates her own world of myth and magic filled with strange creatures and miraculous events. Her works border between realistic and phantasmagoric, reflecting the realism of the dream. Sona's art being influenced by the modern and medieval, by the East and the West, remains exclusively individual.." - Lilit Marvin