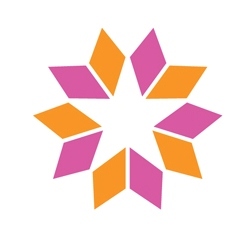 Emmeline Pankhurst, the famously militant British suffragist, in 1903 coined the motto “Deeds Not Words” for the newly formed Women’s Social and Political Union. History proved that while rhetoric was the impetus for radical change, actions were needed to finalize steps toward ratification of the 19th Amendment in 1920. The suffragists were true revolutionaries, occasionally sacrificing their reputations and sometimes their freedom.

Several of the artists in "Deeds Not Words" chose to celebrate a suffragist whose name they remembered from history lessons, while others felt a more personal relationship with their subjects. Arturo Alonzo Sandoval, for example, was inspired by a friend who is the daughter of an African-American suffragist; Martha Wolfe studied Sara Bard Field, who road-tripped from San Francisco to Washington, D.C., collecting signatures for women’s suffrage; North Carolina artist Hollis Chatelain honors Gertrude Weil; Alice Beasley’s quilt depicts the courageous Ida B. Wells; and, Jill Kerttula’s multi-part quilt reminds us that Belva Lockwood in 1884 ran for president, even though she herself was not permitted to vote. The 28 art quilts in this exhibition, all but one created for the tour, were curated by Sandra Sider, curator of the Texas Quilt Museum, and Pamela Weeks, curator of the New England Quilt Museum. Sponsored exclusively by eQuilter.com, with additional support from Karey Bresenhan and Nancy O’Bryant Puentes. 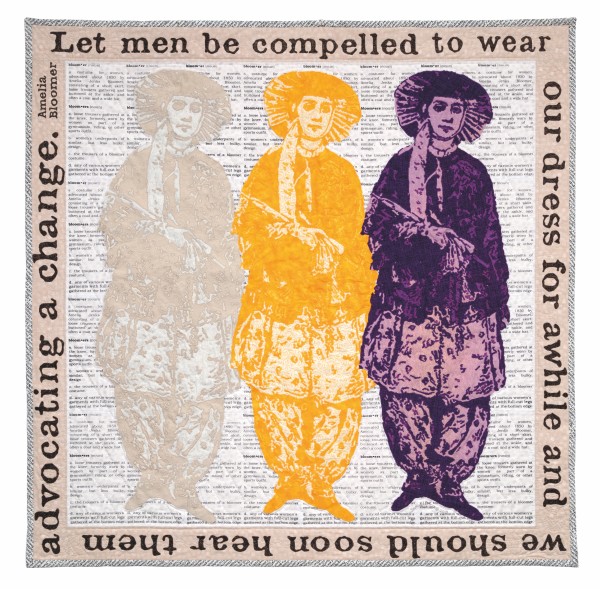 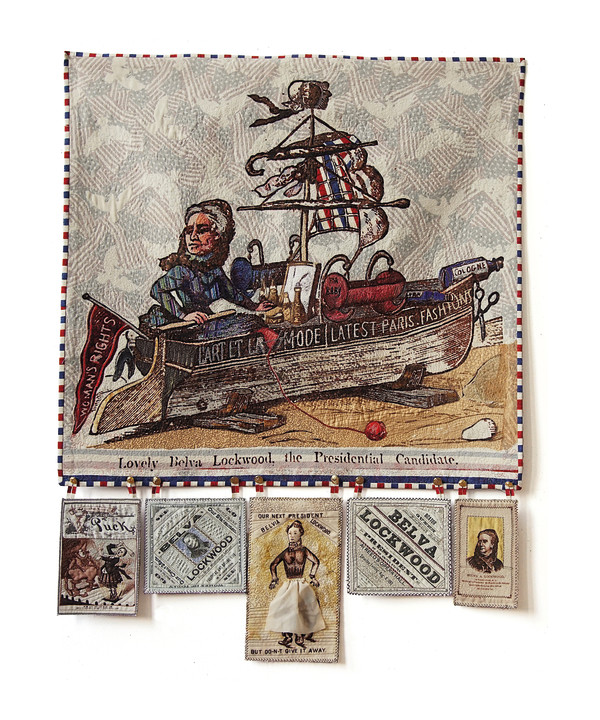 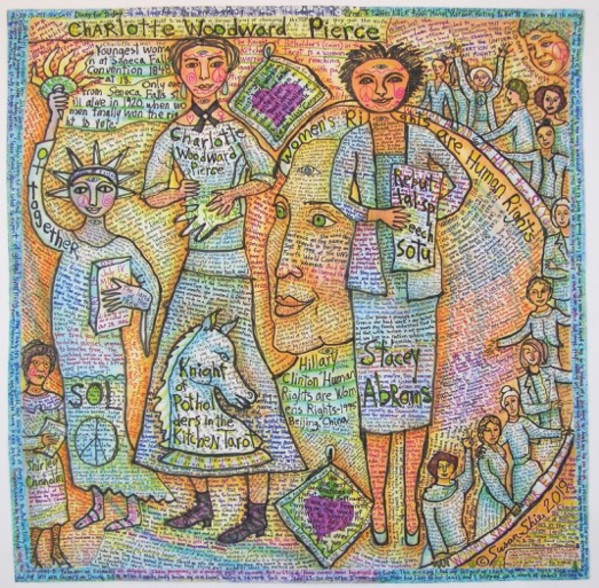 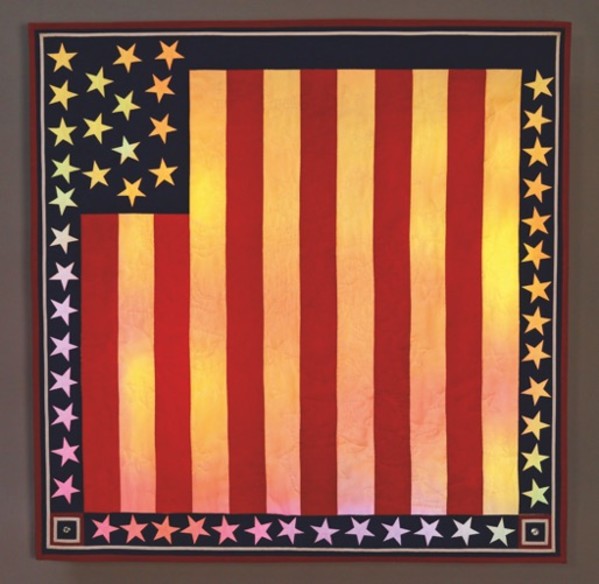 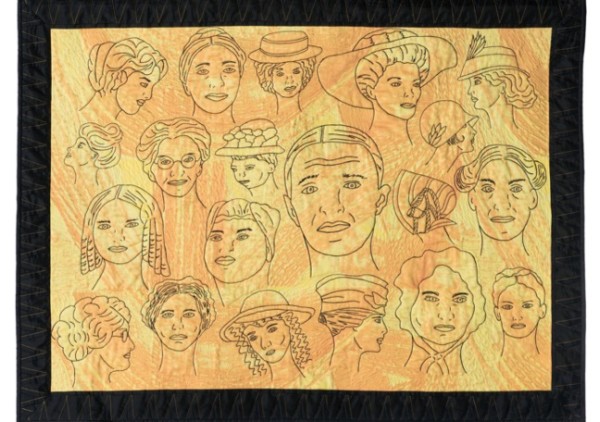 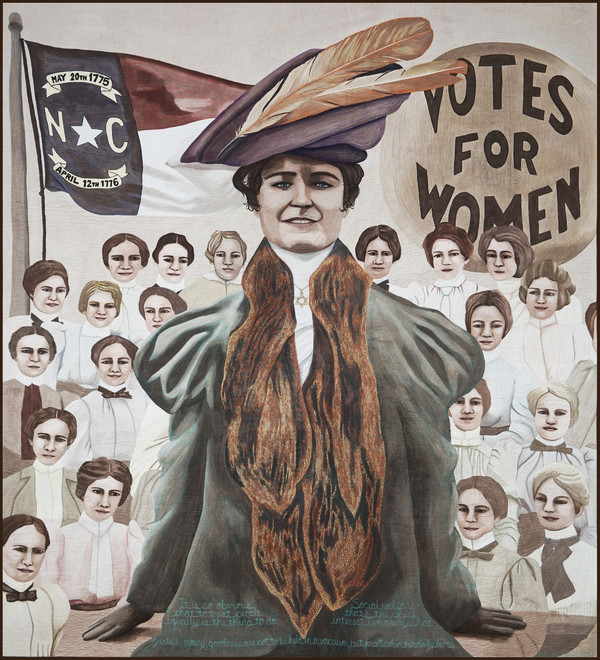 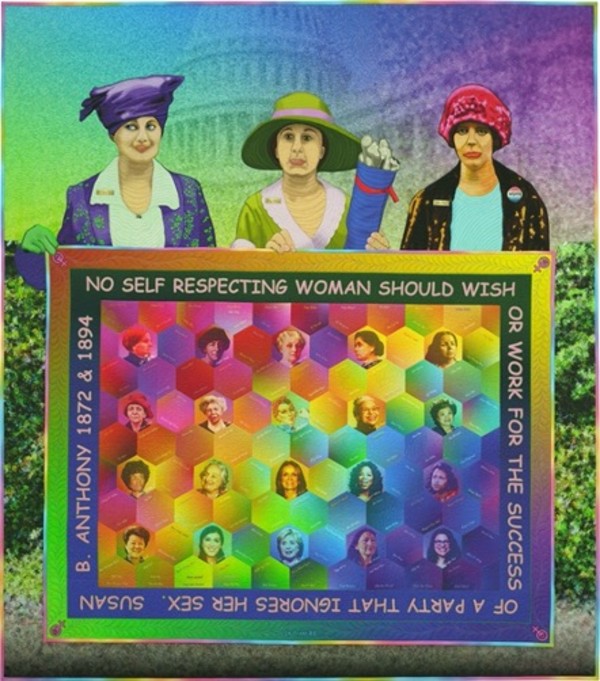 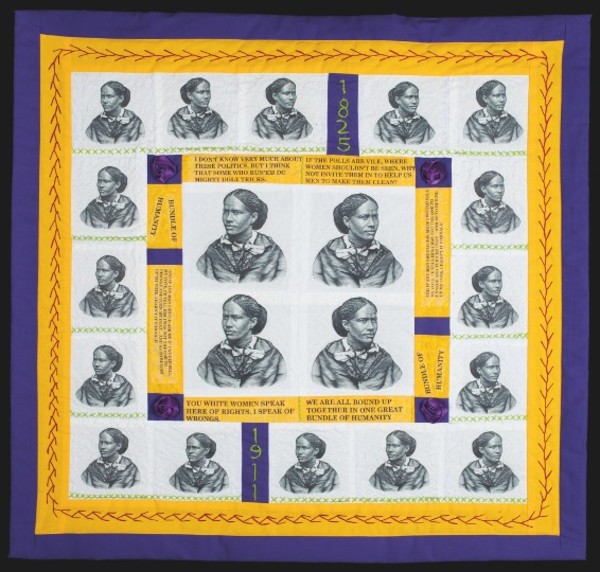 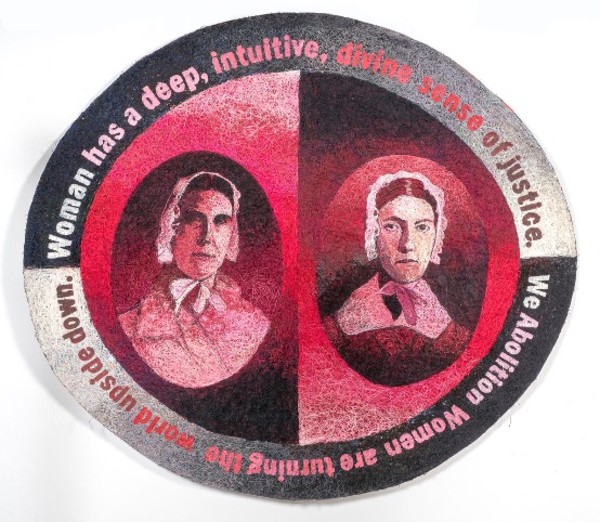 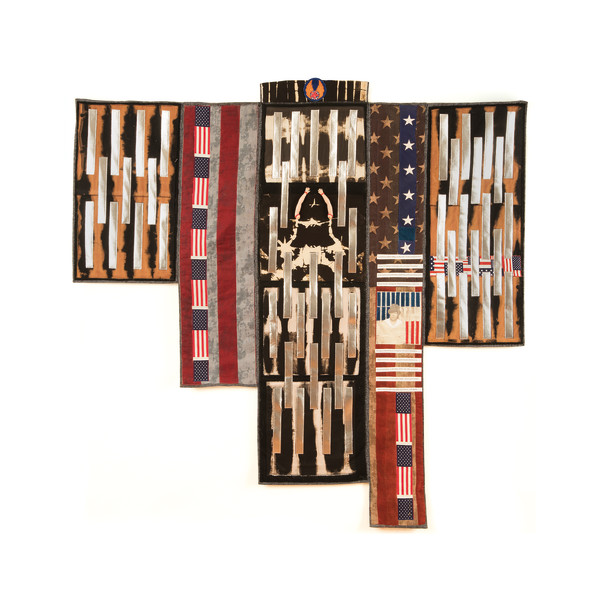 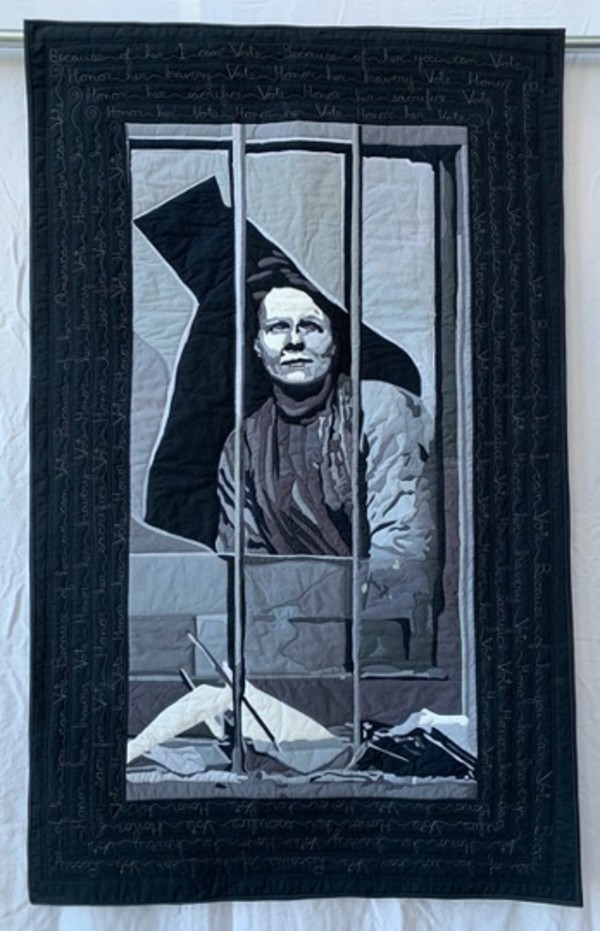 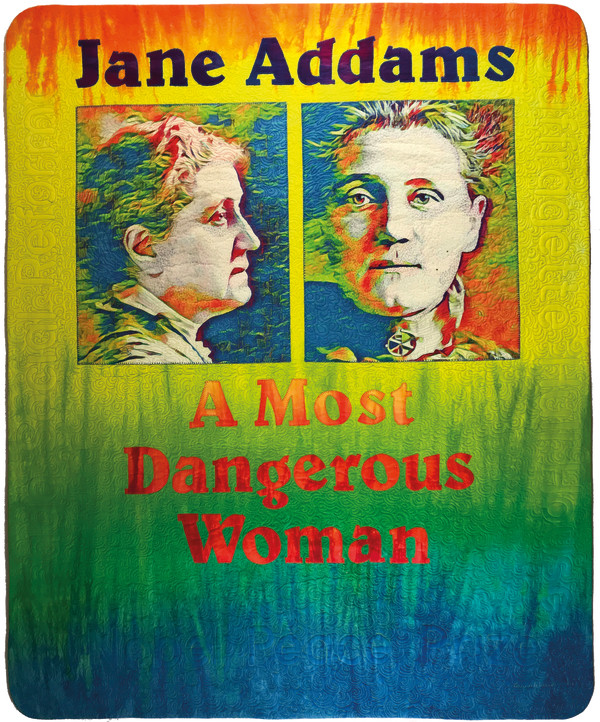 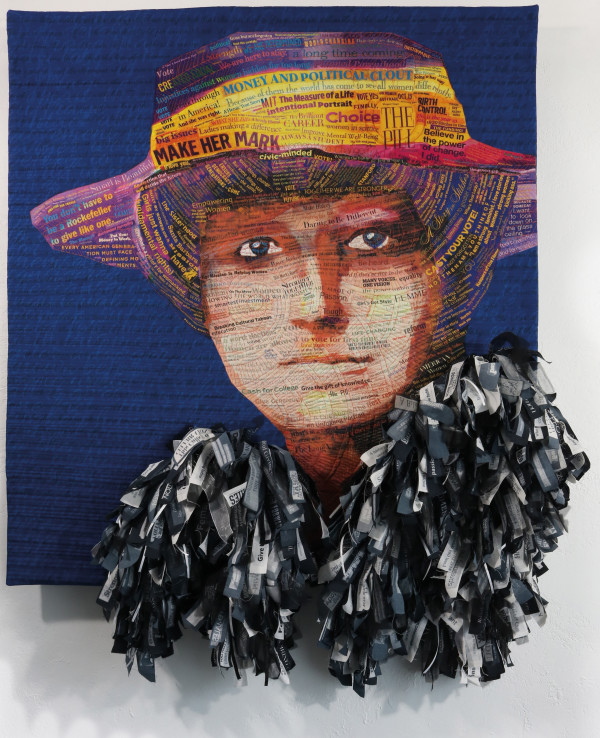 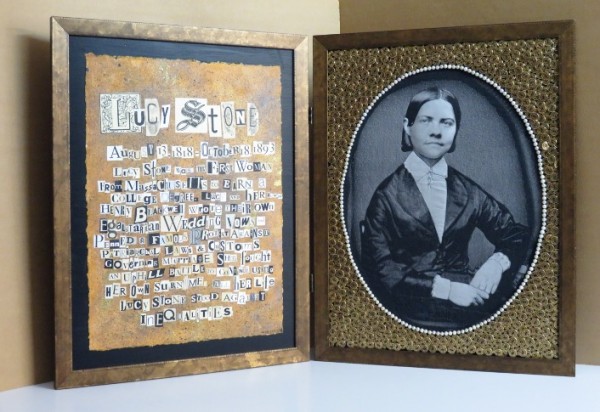 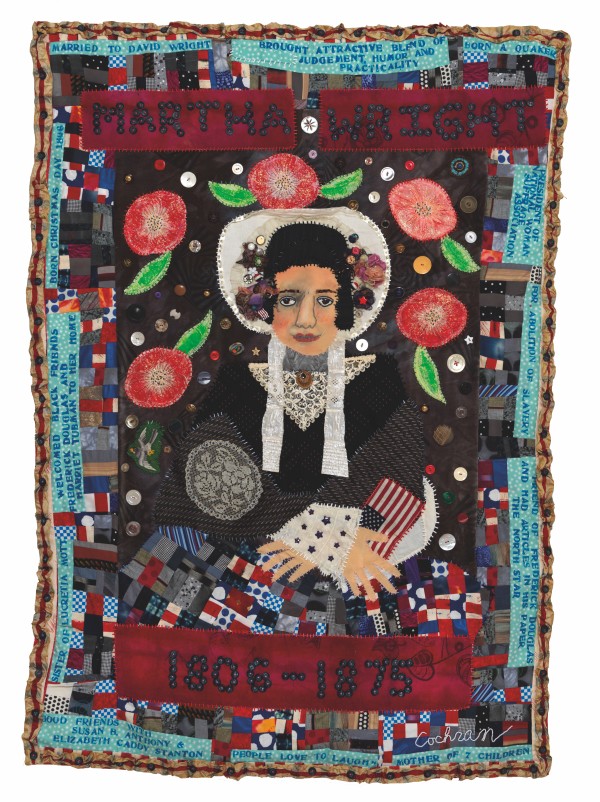 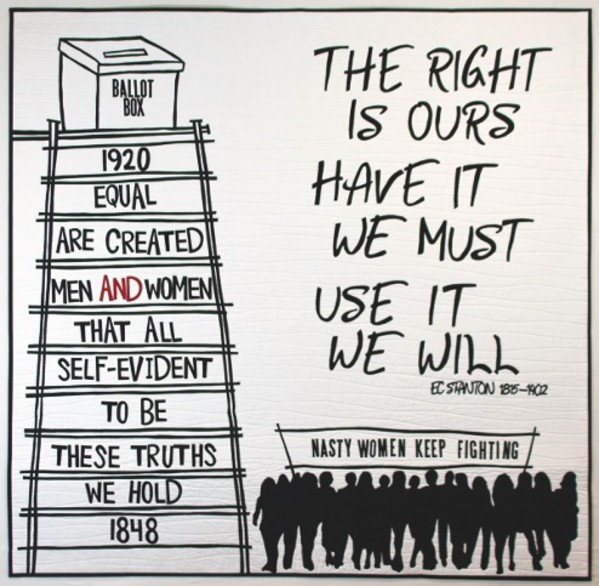 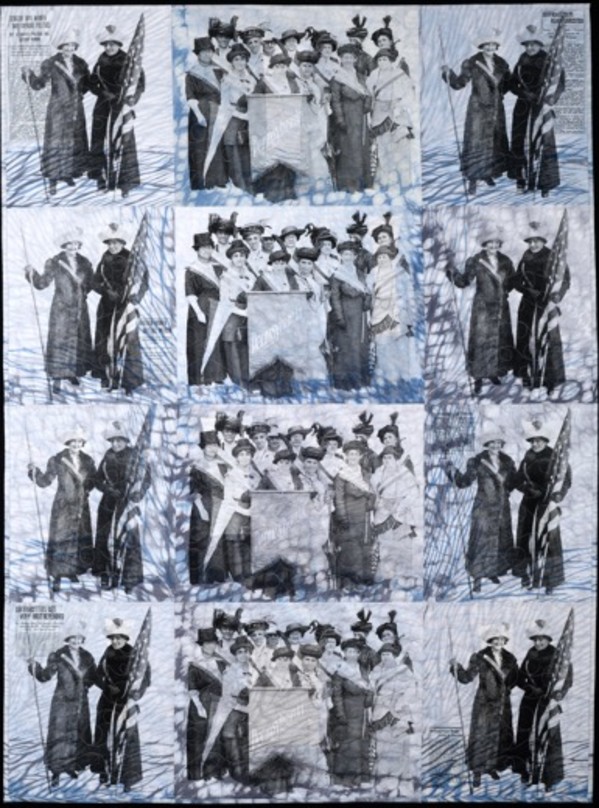 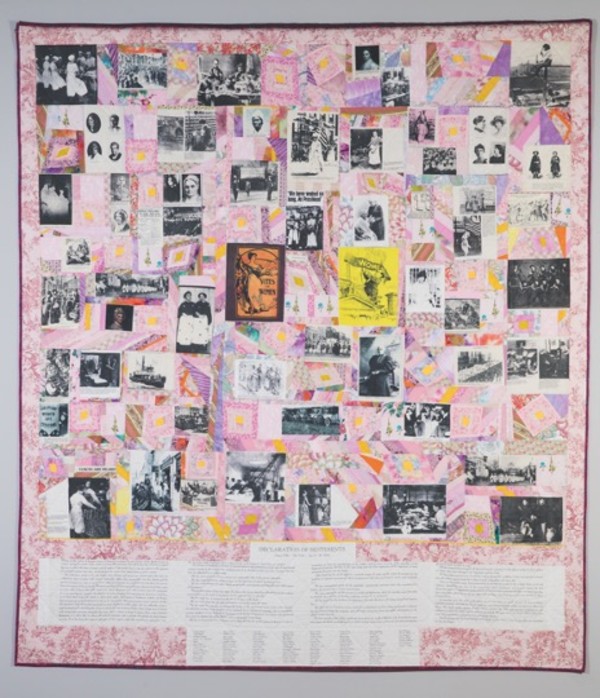 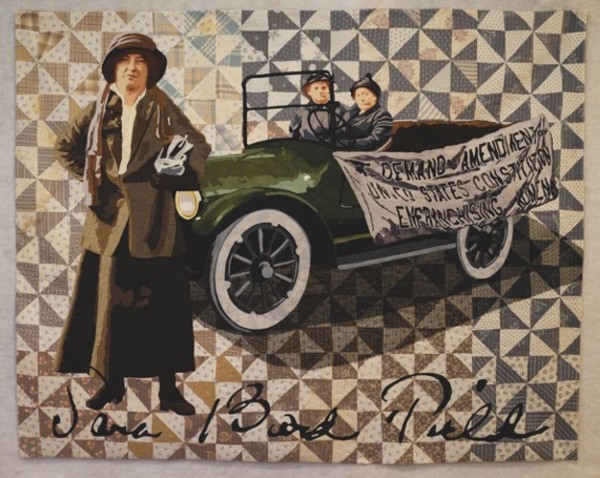 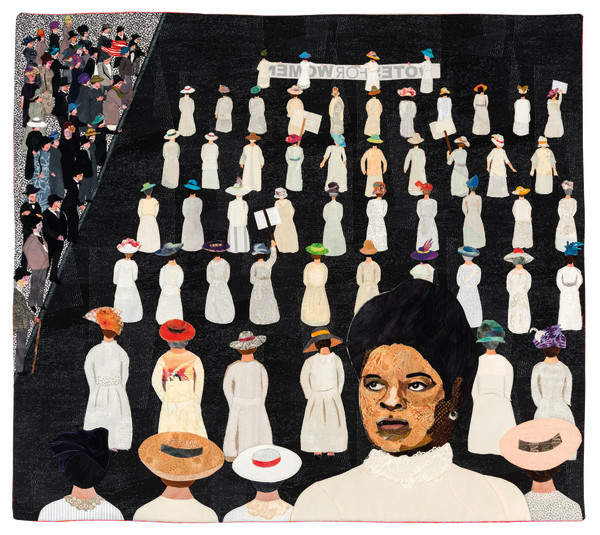 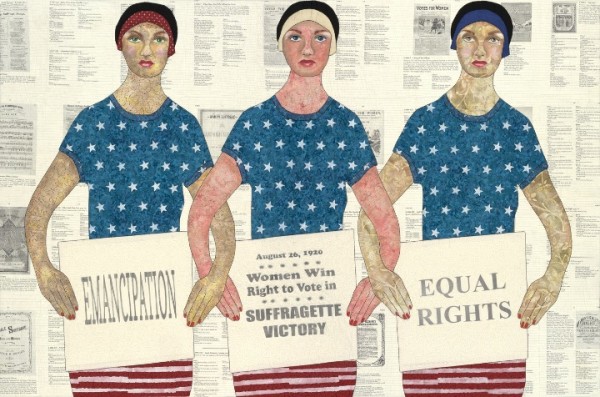 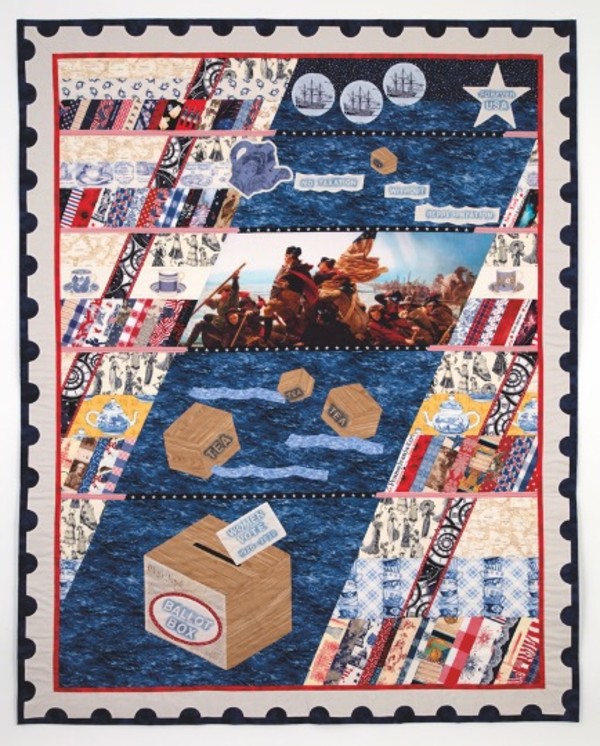 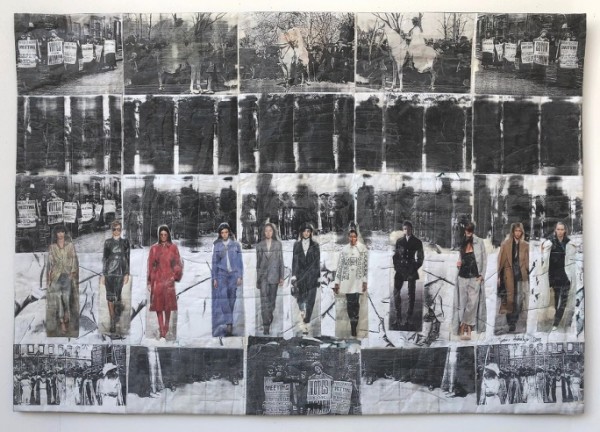