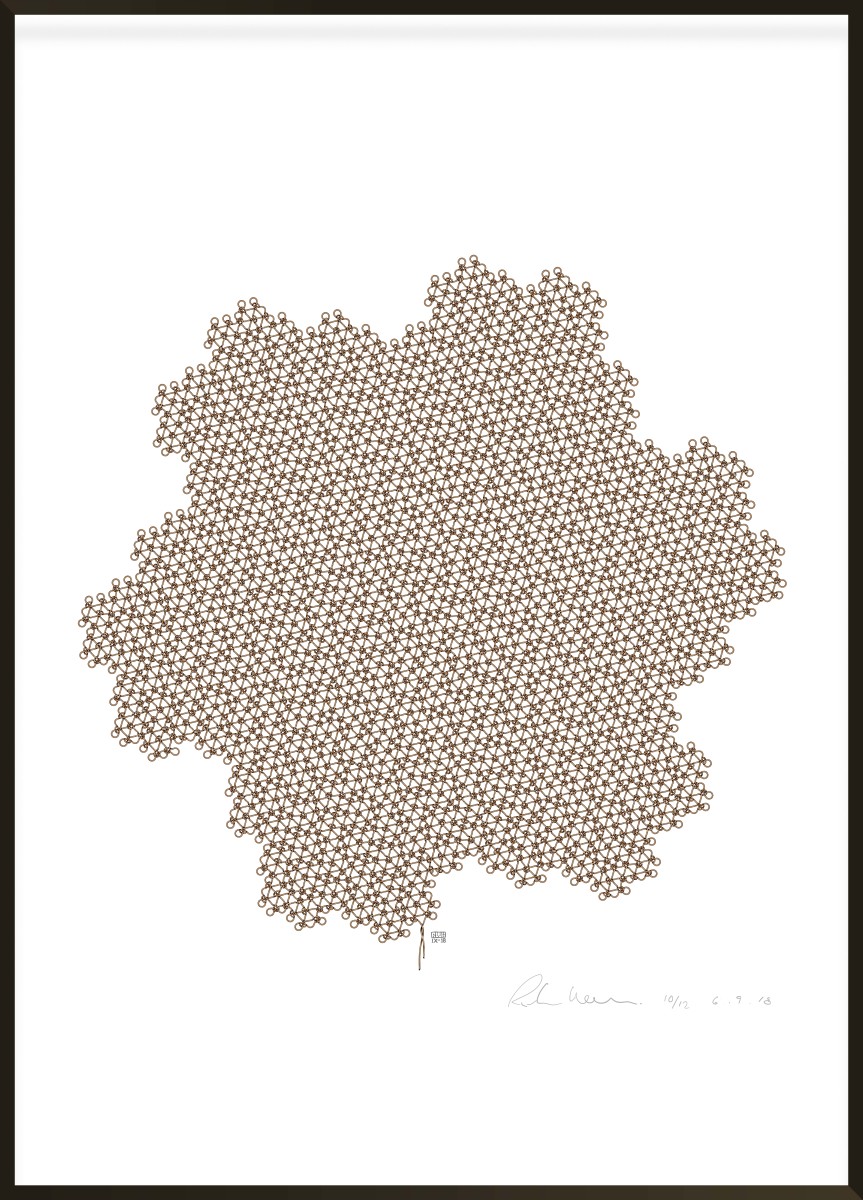 Net IV is based on a hexagonal space filling curve I developed many years ago. It has 4 basic knots. Inside the net are several patterns, a swirling light and dark pattern, elements that seem to curve around like pythons, and lines and hexagons of various scales that seem to pop up then fade.

After the self-imposed difficulties of Net III, I decided that for Net IV I would follow the path of least resistance and use the shape naturally made by the space-filling curve. This guarantees no islands or loose ends, and makes the tidying up of the edge much easier. It is a matter of aesthetics as to which ones I edge neatly or along the fractal edge.