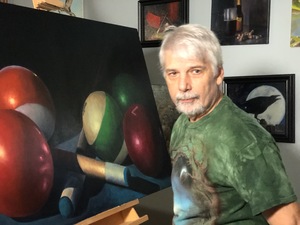 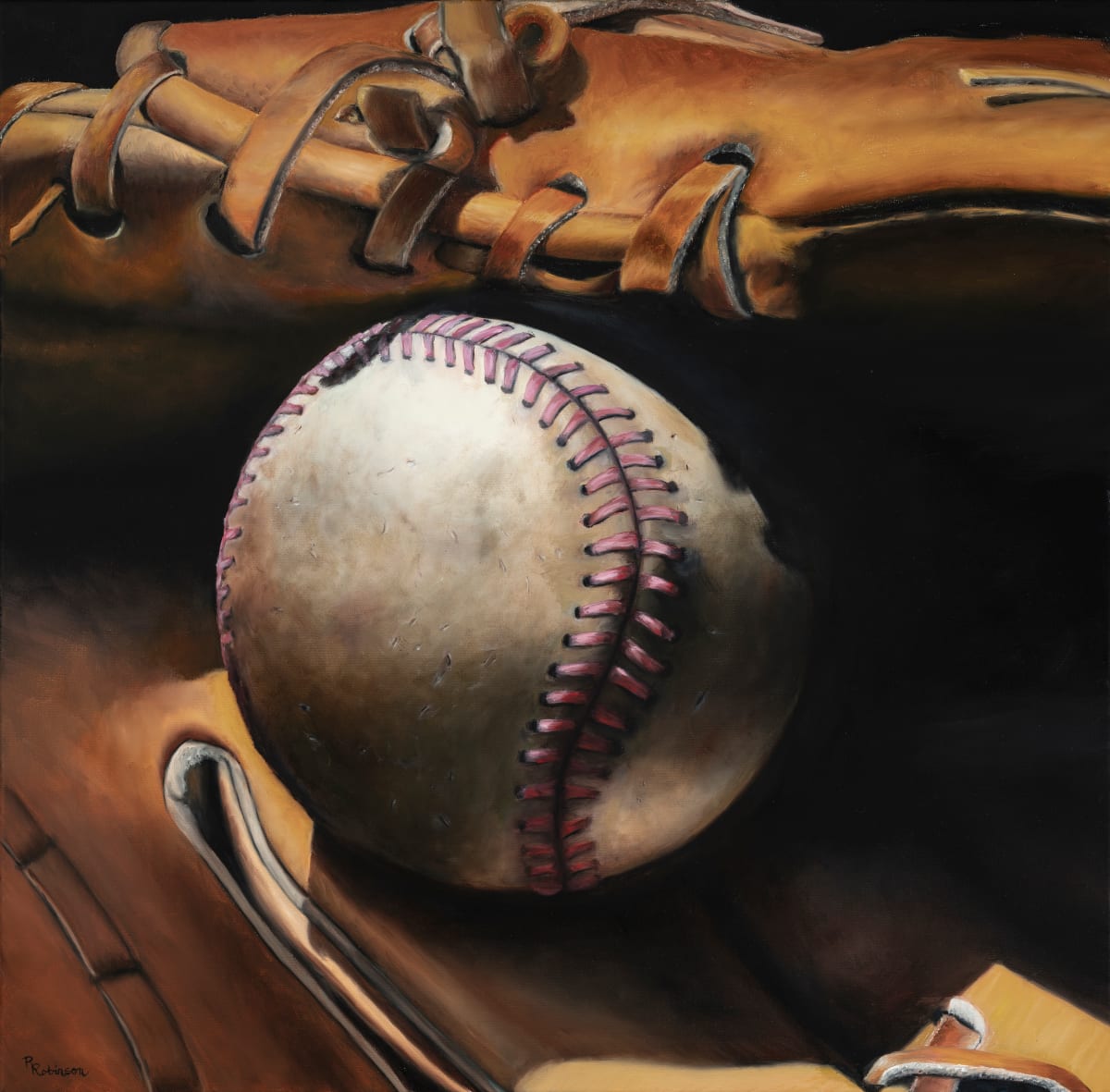 The year before the great pandemic, 2019, for my birthday, I was given outfield tickets for the Astros game in Houston. The seat was row 1 in right field at the HEB ad. I had my raggedy baseball glove on - just in case LOL!

Turned out it was an old-timers game. It was awesome to see my old favorite players playing again. There was Boggs on third, Shortstop- Ozzie, Second- Jackie Robinson, First- Mickey Mantle. Randy Johnson was throwing to Yogi behind the plate. Outfielders, Babe Ruth, Willie Mays, and Barry Bonds.

So it was the top of the 7th, 2 outs, bases loaded and reliever Goose Gossage was pitching to Ted Williams at the plate.

I heard the bat hit the ball and could tell that ball was outta here. The ball was hit a mile high! As I watched the high arc, it appeared to be curving towards right field - where I was sitting. It came closer and closer. I stood up. The ball was there! I reached out to catch it and, and, and, BOOM! With a tremendous leap higher than the fence, Willie Mays shoved his glove almost in my face and grabbed the ball just before it hit my glove. The crowd roared. Ted was out!

And the image of Willie’s glove right in front of my face stuck and I had to paint it - and hence comes “Circus Catch.”

Other Work From Randy Robinson 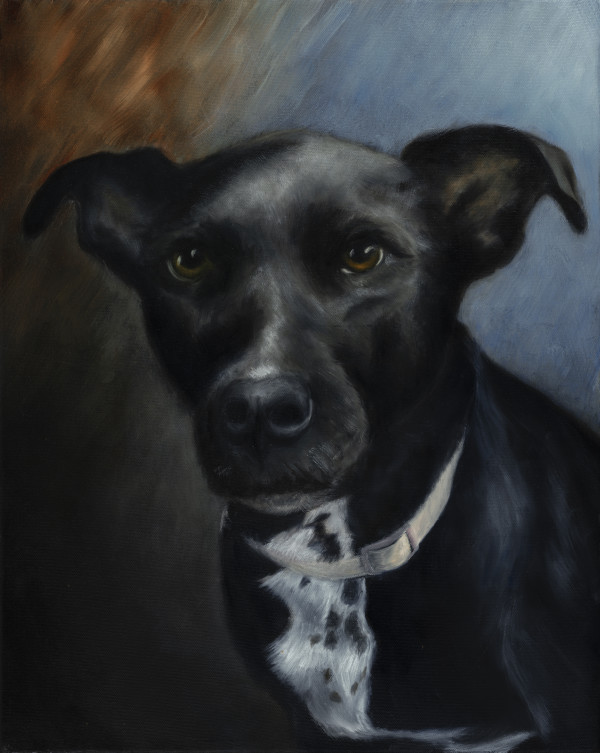 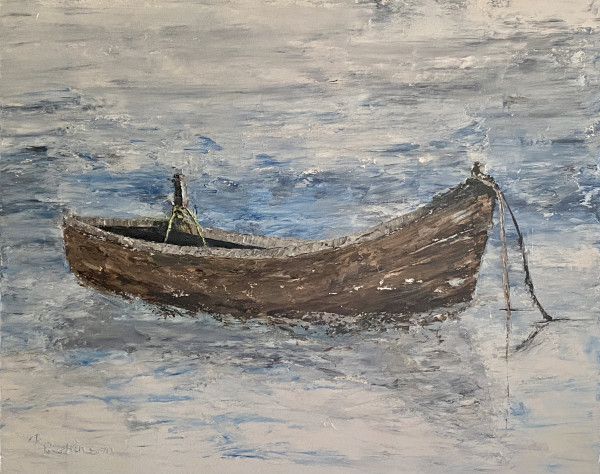 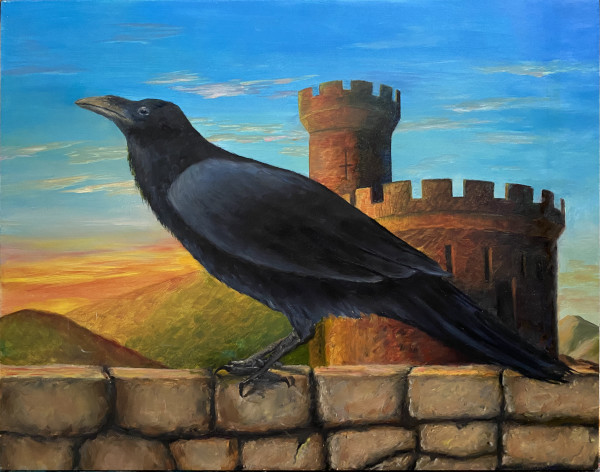 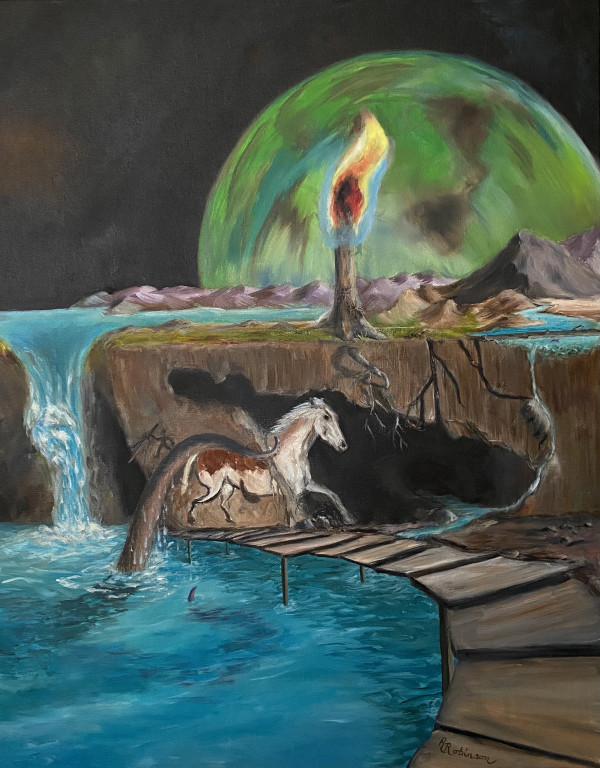 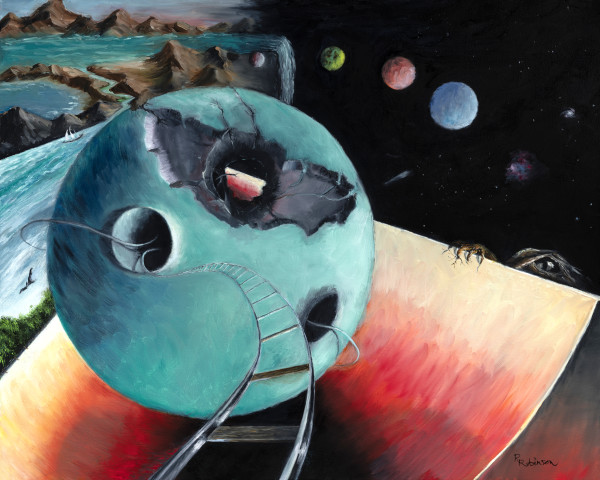 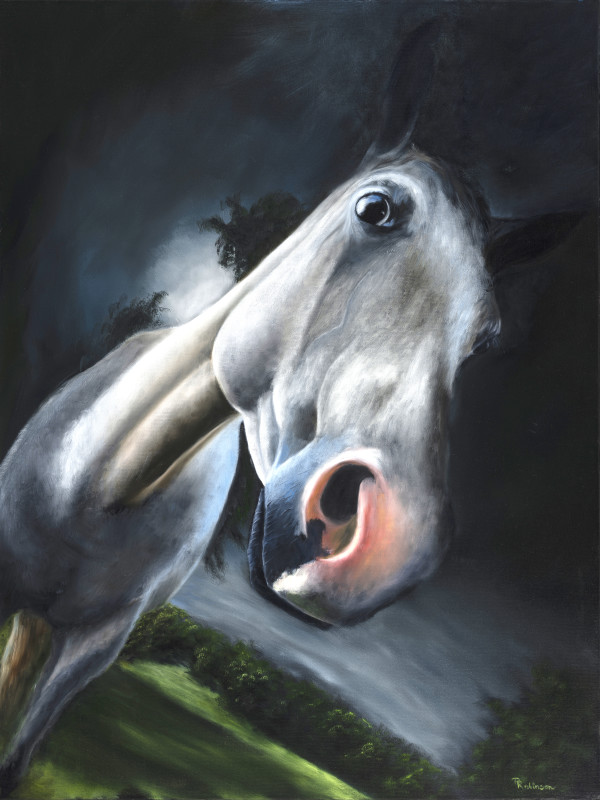 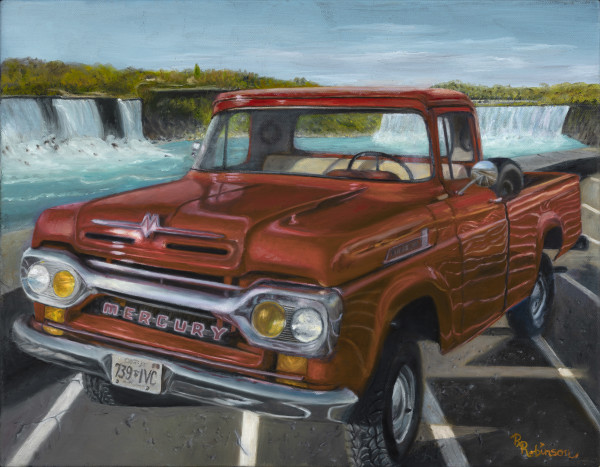 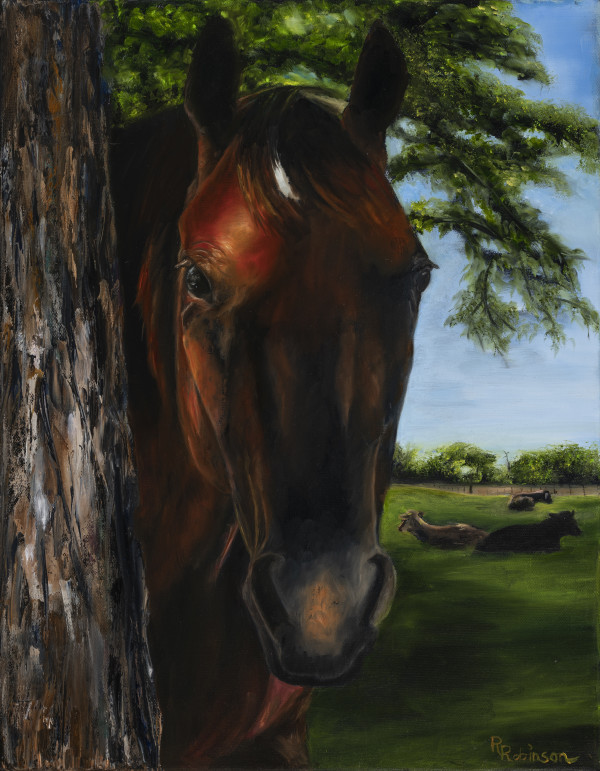 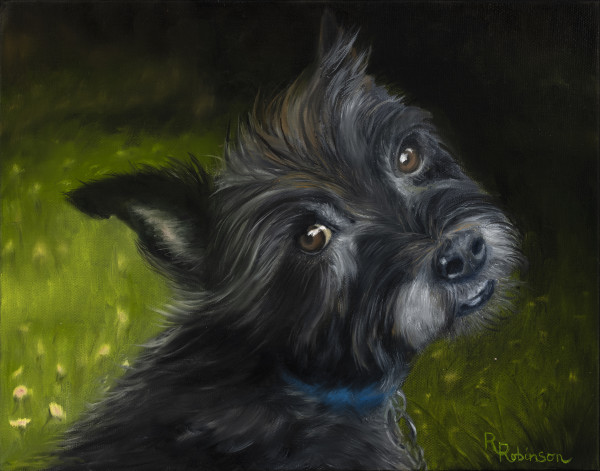 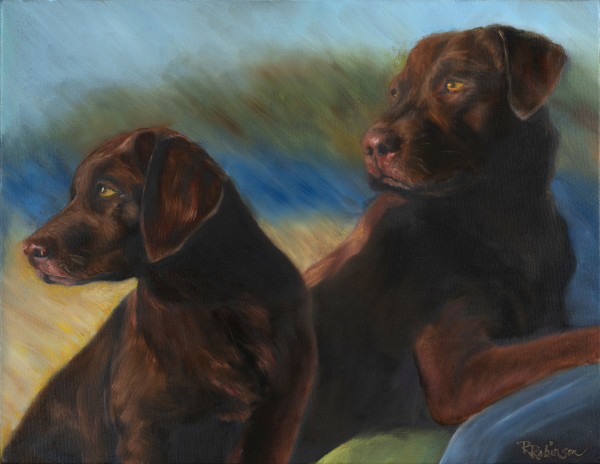 See all artwork from Randy Robinson