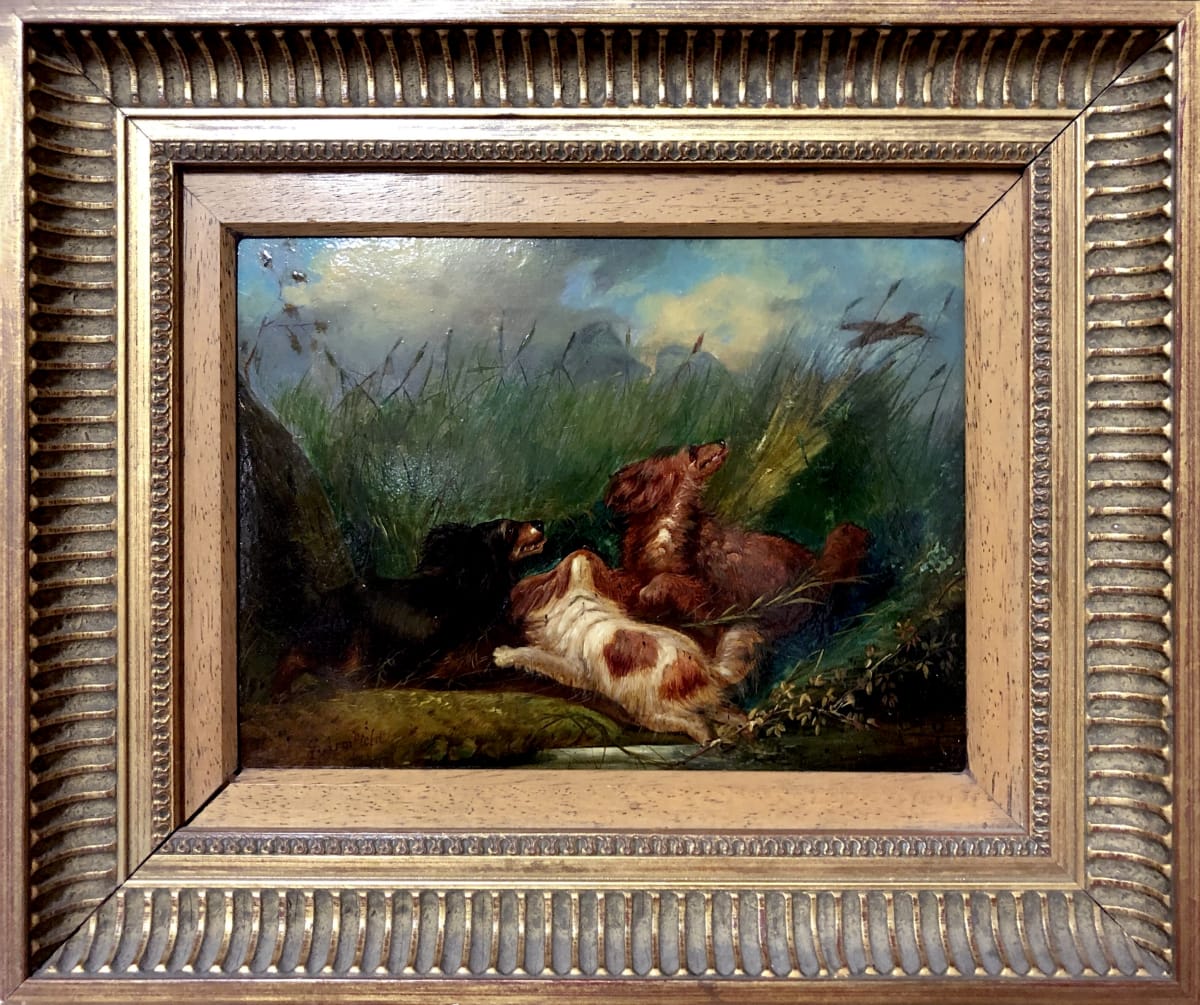 George Armfield was a British genre artist specializing in oil paintings of domesticated dogs. Armfeld professed a great love of animals, and his commissions of hounds and horses were in high demand in his lifetime. Preferring to paint hunting dogs over any other popular subject matter, Armfeld’s broad, lively brush strokes captured the earthy colors of fur and grasses. Born George Armfield Smith in Wales in 1808, he was the son of portrait painter William Armfield Hobday, from whom he learned his craft. The precocious artist began his career at the young age of 16 when he exhibited his first painting at the Royal Academy: It was of Lion, a beloved Newfoundland dog. Today, Armfield’s work is included in the collections of the Walker Art Gallery in Liverpool and the Glasgow Art Gallery in Glasgow, among many others. Armfield died in Clapham, England in August of 1893.