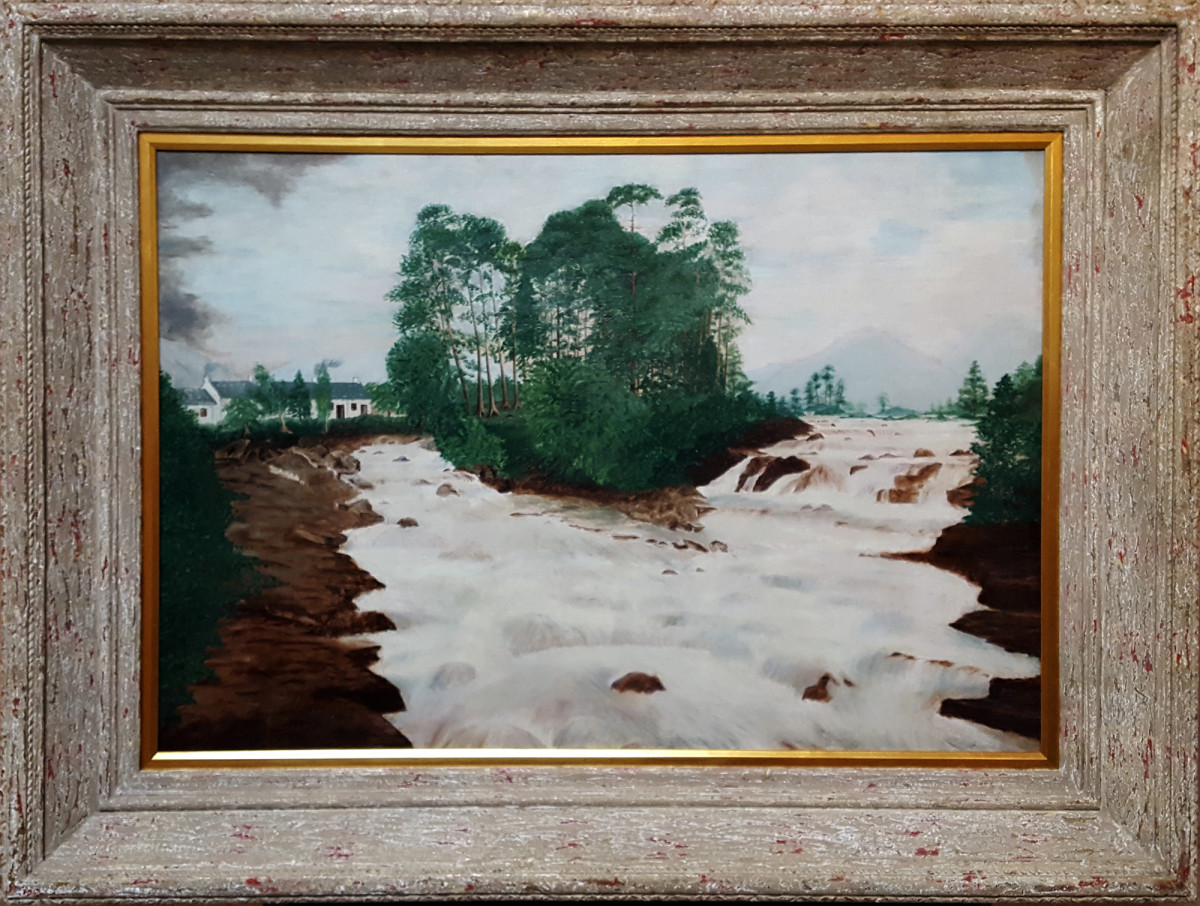 Provenance: This painting was one of David Milne's very first pieces. It was hanging at his mother's place.

However, it holds a prestigious spot in the Catalogue Raisonné.

As one of Canada’s most original artists, David Milne chose not to embrace the national mythology present in the works of such artists as the Group of Seven. Set apart from his Canadian contemporaries in this manner, Milne’s work instead exhibited a personal style that uniquely incorporated aspects of both Impressionism and Fauvism, garnering the acclaim of American art critic Clement Greenberg who labeled Milne as one of the three most important North American artists of his generation.