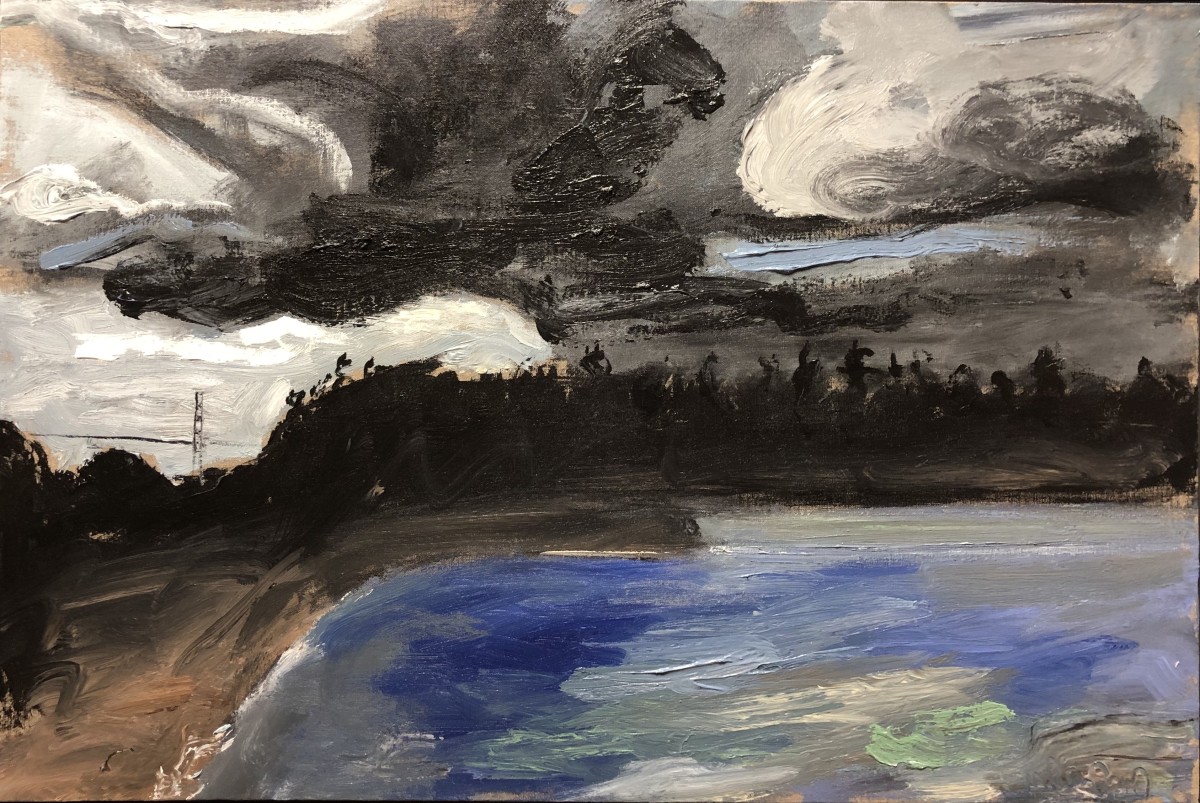 Artists rendition of the storm: In 2006 storm destroyed a section of Vancouver’s iconic Stanley Park with hurricane-force winds that ripped through and levelled 41 hectares of forest.

On Dec. 15, 2006, the park, which boasts old growth conifers several centuries old, lost more than 10,000 trees. Large sections of the Seawall also suffered extensive damage, shutting down access to some areas, like Prospect Point near Lions Gate Bridge, for months.
The painting, recently made available to the public.