The Delaware Women's Hall of Fame 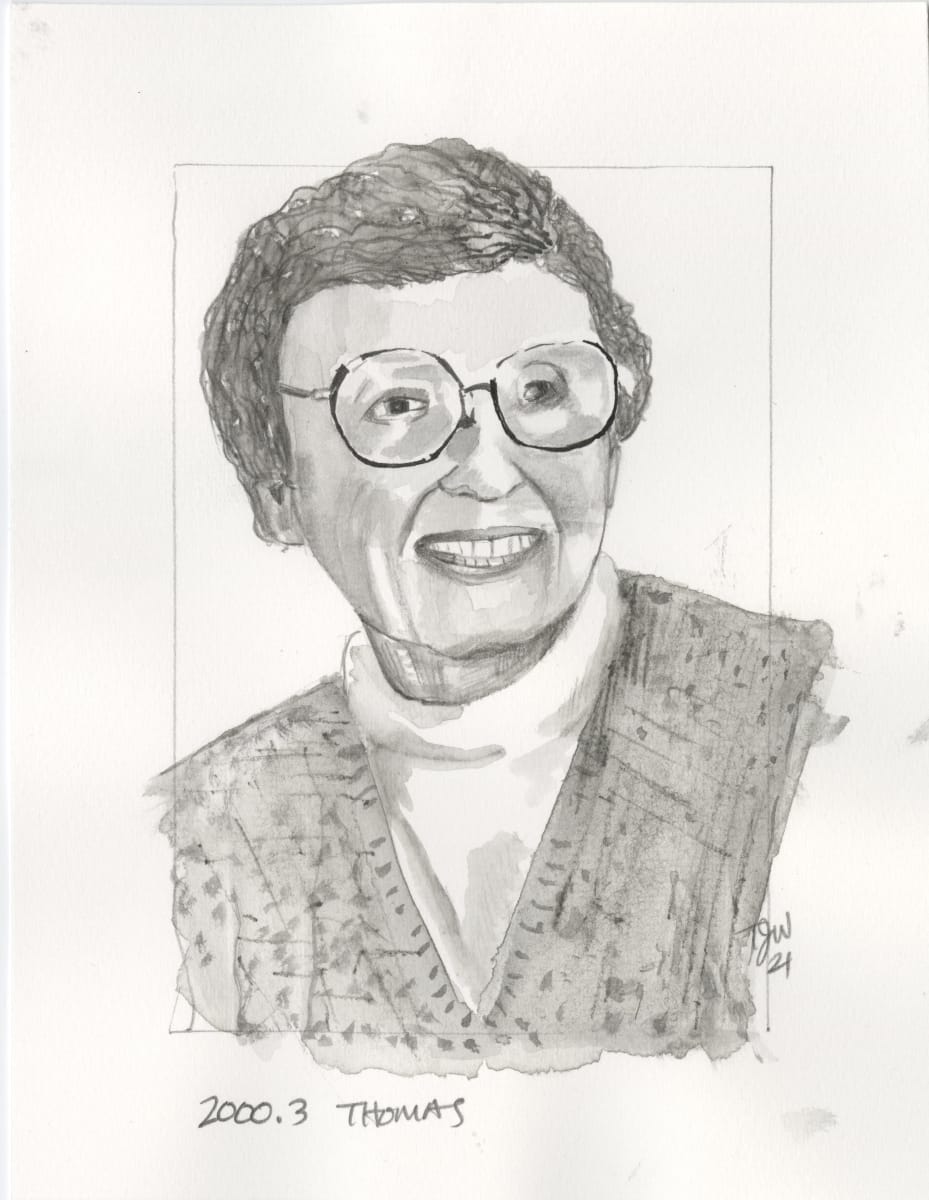 Helen R. Thomas was a human rights and women’s rights activist. Some of her accomplishments include helping to shape and influence laws and policies on issues like childcare, credit and banking, women’s health, and domestic violence; ensuring women are included in health studies; training police on how to support victims of rape; opening the first shelter for battered women; and pushing to eliminate gender-segregated wanted advertisements and career testing. She also supported fair housing and was a spokesperson for equality and non-violent revolution. She spearheaded the formation of the first Governor’s Council for women, serving as chairperson, and organized the first chapter in Delaware of the National Organization for Women.

See all artwork from The Delaware Women's Hall of Fame