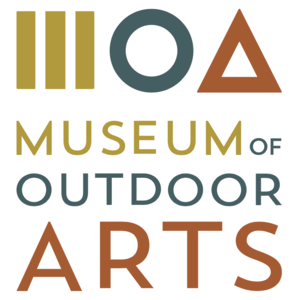 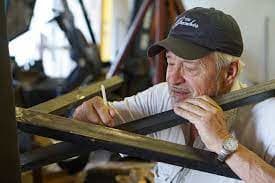 Numerous site visits and vigorous interaction with the community are integral elements in John Henry's conceptual development of the design process, and reflect his sensitivity to issues of appropriateness when working in the public arena. His works have been aptly called "drawings in space," illusions of lightness and arrested motion that interact with architecture and the environment. Although Henry's large-scale public works have had a distinctive and consistently similar appearance for many years, his work has recently become less uniform, more varied and flexible, in response to specific site requirements. His use of automotive finishes as well as traditional gold and palladium gilding has expanded his artistic vocabulary in creating sculptures that are designed, fabricated and erected by his own company-­large-scale free-standing works that deny their literal weight and continue to push the engineering envelope. 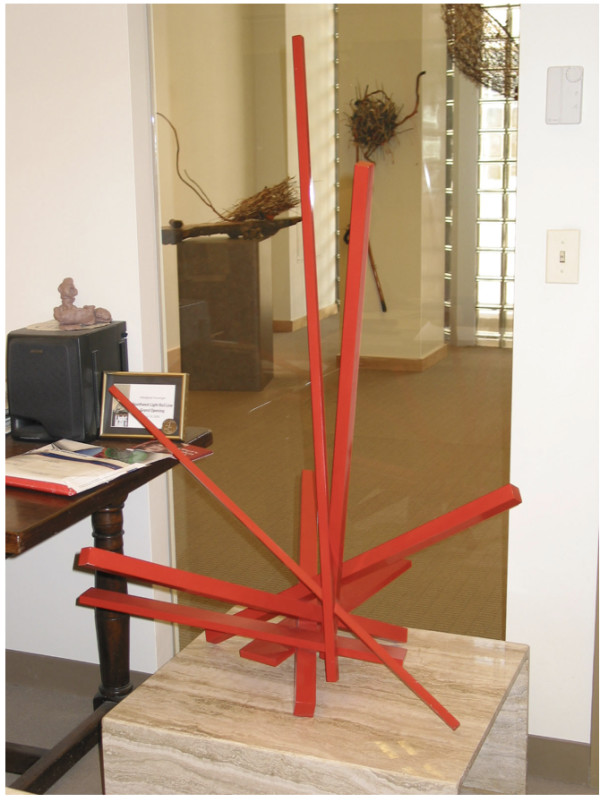