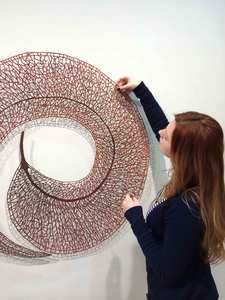 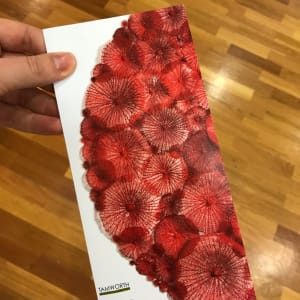 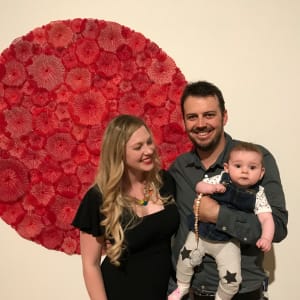 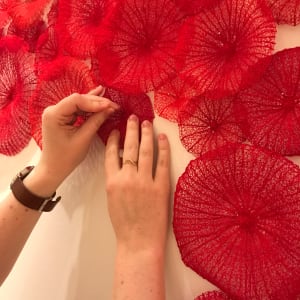 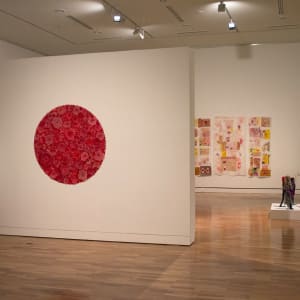 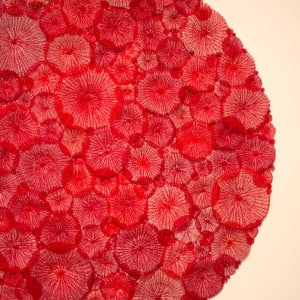 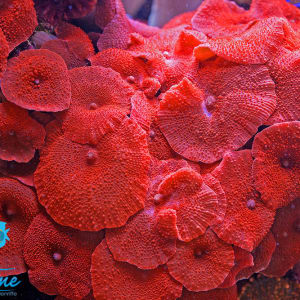 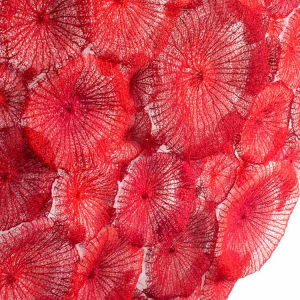 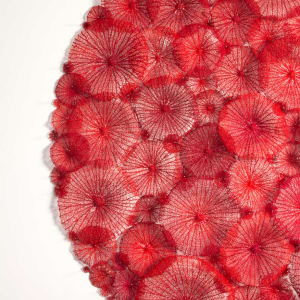 This artwork is currently mounted onto a 135cm diameter board ready for hanging using a French cleat system. The artwork is unframed.

The listed pricing does not include shipping costs.

Coral reefs are under stress due to rising sea temperatures.

In the face of this devastating statistic I cant help but wonder what the world will be like without coral reefs. What will these beautiful, fascinating and important ecosystems look like after climate change has destroyed the majority of them? Will they become barren wastelands or will the reefs evolve into a new kind of ecosystem, with new dominant species? While many species will perish under the impending harsh conditions there will always be those that are able to adapt, survive and even thrive in the face of change.

‘The New Neighbours’ explores a possibility of what the transformed reefs could look like after secondary colonisers have moved in. The embroidered forms that make up the installation are inspired by a red Discosoma species, from the order Corallimorpharia. Colonies of Corallimorphs have been known to rapidly cover empty spaces in a reef, like a living carpet over coral rubble. Species from this order are hardy, fast growing organisms that are resistant to pollution, water acidity and temperature changes, making them potential survivors of the impending reef destruction.

Other Work From Meredith Woolnough 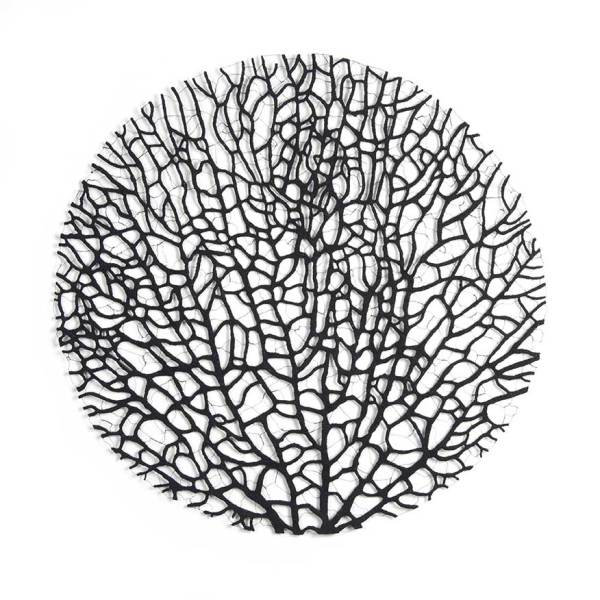 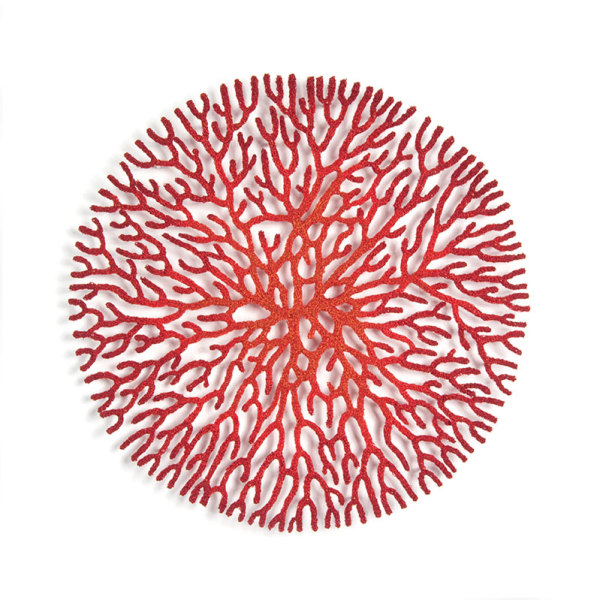 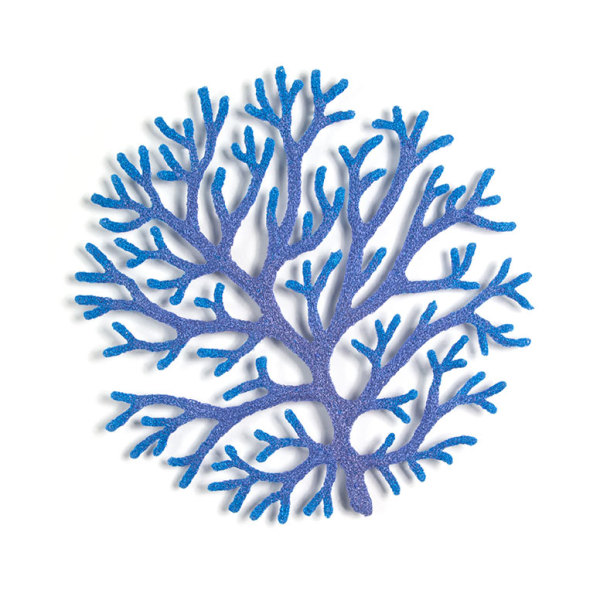 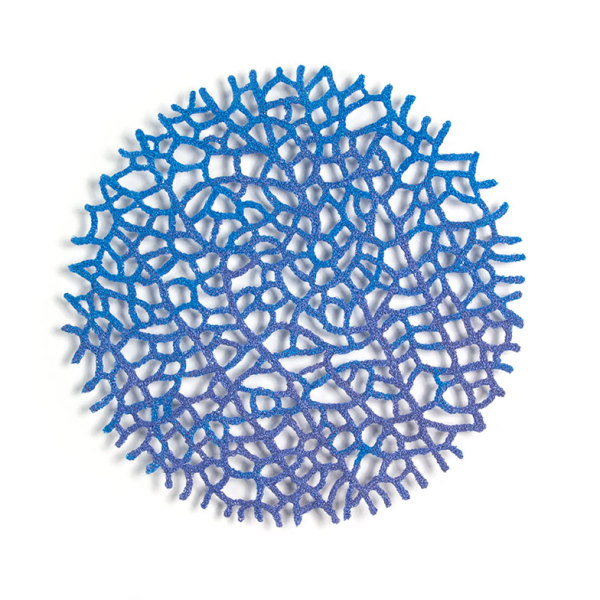 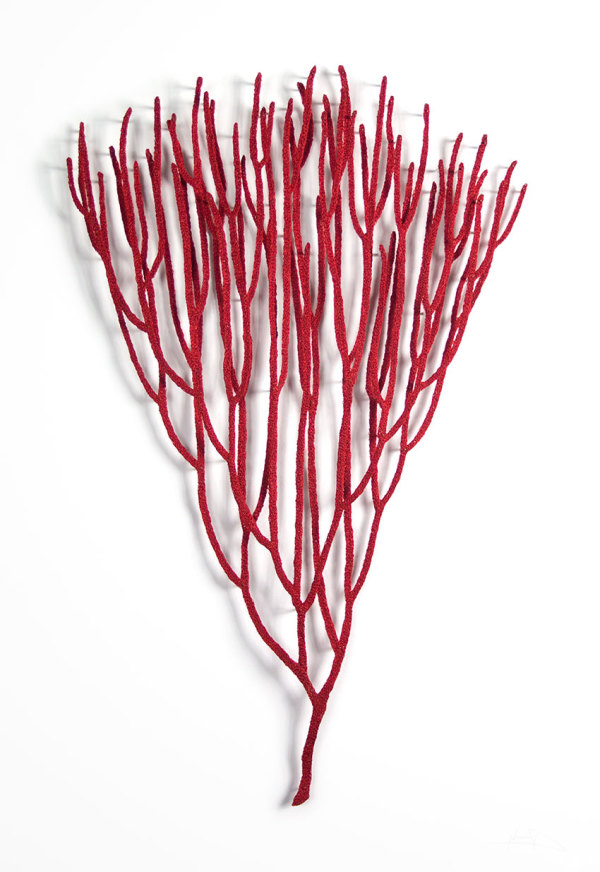 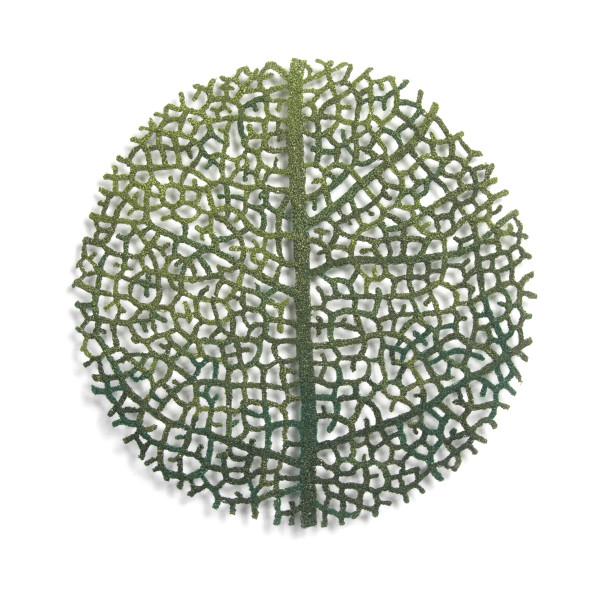 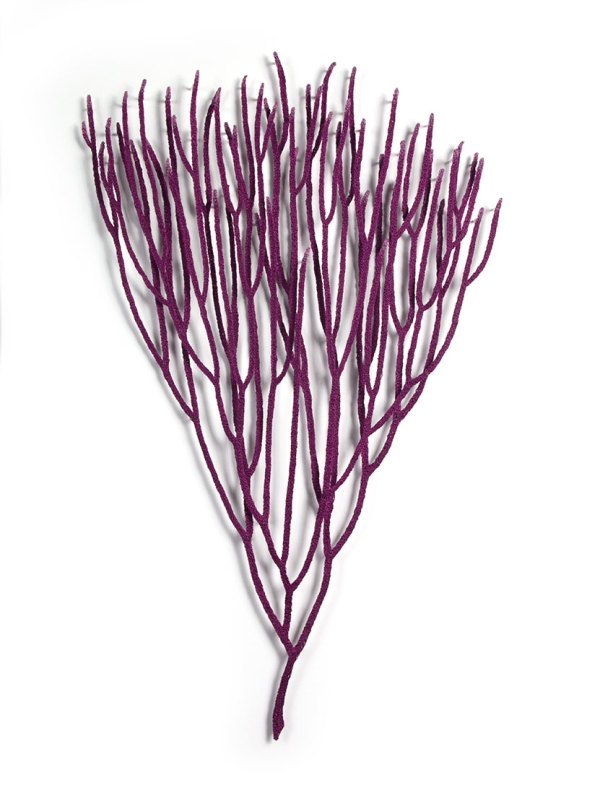 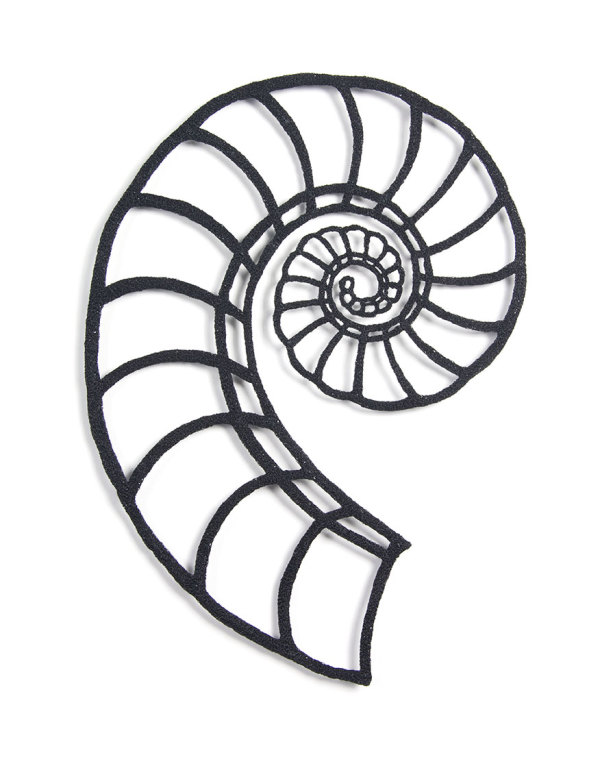 See all artwork from Meredith Woolnough