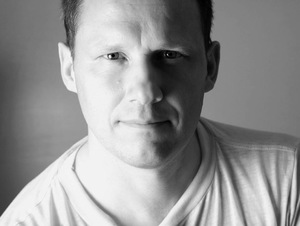 Mark Brennan’s work is an exploration of the human connection to the landscape. He works mainly in three mediums, painting, photography and sound. He attempts to situate himself along the edge of the divide between human interaction with nature and the remaining wild places.

July 2016, ‘A Journey Of Self Discovery‘, Colchester Weekly News.

May 2010 Interview with David Leveille of the BBC World Service, Boston

The Acadian Forest, The Story So Far

One Day In May

One Sweep Of The Paddle

﻿“I believe there is a subconscious interaction between all of us and the places we live. The stories of our lives and the way in which each of us connects to one another are deeply influenced by our understanding of the natural places and processes we come into contact with”

“I think all the children on the estate where we lived in the 70’s and 80’s were well aware of nuclear war and its affects, there was always an understanding that during the cold war the families of those submariners would be ‘looked after’ and be taken to bunkers in the event of a strike. For any sensitive child this was harrowing. I clearly remember the ‘Protect And Survive’ films that played on British television and what we were to do in the event of an atomic explosion. Most of the time we ignored this threat but it was always there, in the background as a form of deep rooted anxiety and an eroded sense of being safe. I think this childhood experience made me quite sensitive and compassionate. Our house was on the edge of the Scottish Highlands and as youngsters we would spend every free moment roaming the woods with a freedom seldom given to our children today. ”

In 1984 after leaving school at 16 he joined the British Royal Navy, just as the Cold War was ending. This was where his introduction to artistic expression came into being, manifesting in the form of documenting overseas deployments in the North Atlantic and Arctic as a ships photographer. During a long Arctic patrol, Mark began to explore landscape painting at age 18 which continued when he worked in London a short time later, borrowing art books from the naval library during quiet night watches, when he was responsible for communicating with an exploration vessel in the Antarctic.

In 1985, aged 17, while on deployment in Middle East during the Gulf War, he witnessed the edge of the Ethiopian Famine, when the ship he was serving on visited Djibouti, visits to places like Pakistan, Kenya, Egypt and Sri Lanka were to open up Mark’s ‘sheltered’ Western childhood. In July 1988 he photographed the Piper Alpha oil rig explosion in the North Sea where 167 men died, this was a time of change in Mark’s life. He left the Navy and emigrated to Nova Scotia, Canada in 1989 and found great comfort in its wild landscapes. He has painted wilderness landscapes throughout Canada over the past two decades.

“My world expanded quickly when I joined the Royal Navy at 16. You are drawn out of childhood with military efficiency and given such responsibility at such a young age, but with this comes a multitude of new experiences. One moment I was in training in Hampshire, the next heading to the Persian Gulf, getting to experience some of the most incredible cultures in places like Egypt, Kenya and Pakistan. It was such a rich time in my life, a formidable education that no college or university could ever provide. Of course you cannot go to these places without also experiencing first hand the many problems of the human race. It has an effect on you, I have carried these lessons with me.”

“I sometimes get this sense that through my work, I am attempting to express a deeper understanding of both wild places and the how humans interact with their surroundings and each other. When I paint or photograph, I am driven by both past memory and a rabid curiosity for the uncanny.”

Marks formal study period took place in the Royal Navy where he was exposed to many forms of photography as ships the ships photographer.

“I would have loved to have gone to art school and did plan on studying photography in London after my career in the Royal Navy. I ended up emigrating to Canada at age 19  where I worked first as a gas pump attendant for two years. Back then post secondary education was out of the question, there just wasn’t the means for a young immigrant from a large middle class family. I studied painting by myself at night for many years while also exploring the wild landscapes of Nova Scotia, mostly alone – the two seemed to come together. My best teacher has been a deep level of awareness, sensitivity and wonder I developed as a child.”

Marks life and philosophy is heavily influenced by Deep Ecology which, he says, “…comes out of a love of life and of the natural world.” In the mid 1990’s he became friends with writer, philosopher and environmentalist David Orton (1934-2011) who lived nearby, David helped Mark expand his understanding of the human place within nature. This drew him into activism in the 1990’s where he lead efforts to protect several wilderness areas in Northern Nova Scotia. “When you come to identify deeply with the landscape, you come to see it as yourself in a way, it is this ‘self realization’ that seems to give me the underlying energy to express a sense of completeness or wholeness of ‘being’ through painting or photography. For me my work is more a way of living, a pathway of continued learning and deep gratitude.”

Other influences include friend and mentor, John Marshall, who introduced Mark to the work of his good friend, American photographer Robert Frank during the 1990’s. This influence was ultimately to push Mark’s work back towards the photographic arts more recently, a medium he was already very familiar with from his time as a photographer in the Royal Navy.

Mark has given many artist talks and ran several landscape painting workshops. He lives with his family in rural Pictou County, Nova Scotia, Canada.