Works are shown in reverse chronology (most recent first). Click on images for more information. 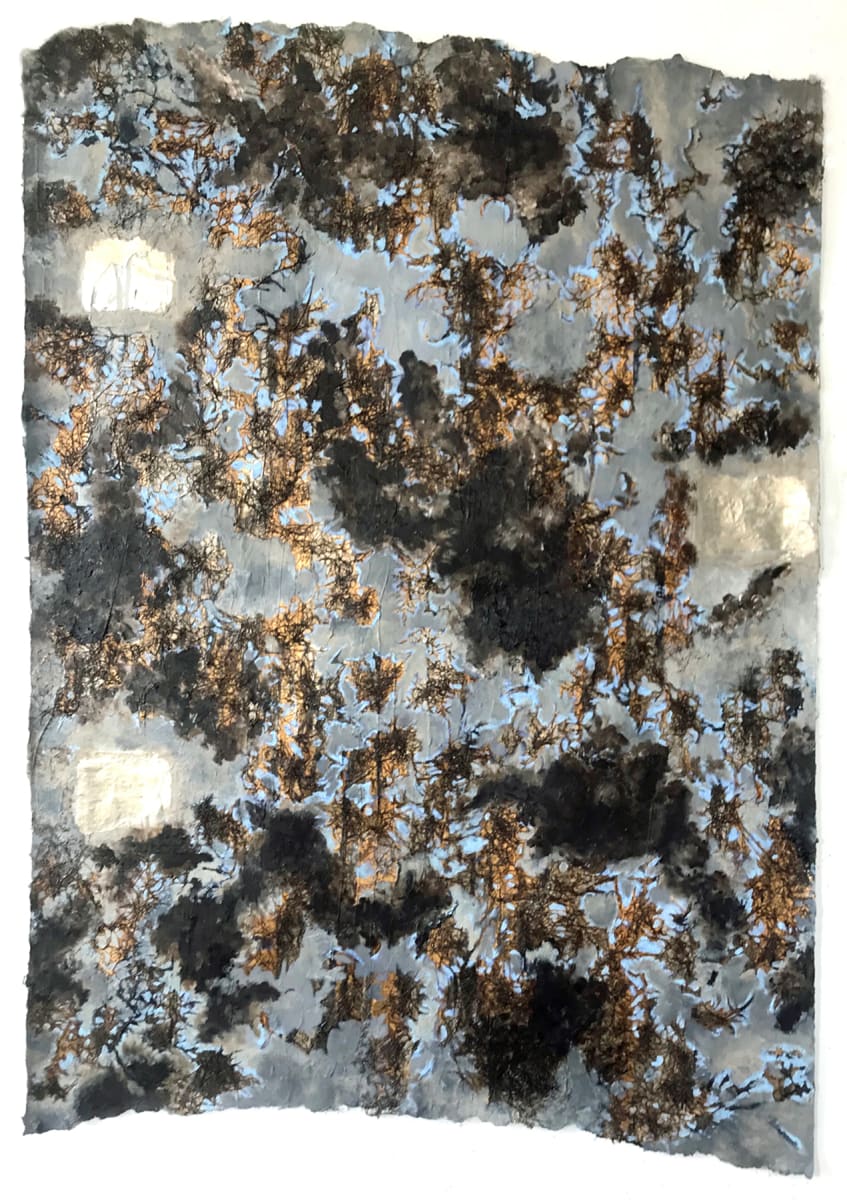 Elements of the Motherboard is an ongoing series of mixed media collages. The title refers to the way a computer motherboard functions to allow communication between various electronic components, and to the idea of the motherboard as a simplified version of “mother earth.” The motherboard represents networks that are formed when a community of living organisms and nonliving components interact within an ecosystem. In both examples, if one element isn’t working or is out of balance, the whole system breaks down. An important inspiration for the Elements of the Motherboard series is A Solid State of Progress, a book about the earliest microchips that features photographs of branching geometric patterns containing large amounts of data.

My collages are made on large sheets of paper sourced from a paper mill in the Netherlands. I start by rubbing powdered rust, ash, charcoal, and other organic materials that I have collected onto the paper. I then incorporate gathered plant material like pine needles, tree veins, smoke tree fluff, and milkweed seeds into the composition, sometimes setting them on fire to create vertical burn marks. Paint, ink, and/or rice paper, metallic paper etc. are added on top of the other materials to create a layered, textured, and tactile surface.

The works in the Elements of the Motherboard series contain geometric forms referencing computer chips and suggest comparisons between natural ecosystems and artificial intelligence. They also refer to the destruction of the environment, as man-made systems collapse and damage the world around them. I am fascinated by the ways technology is used to store and organize information. My work explores the relationship between human systems of knowledge and the structures of the natural world. 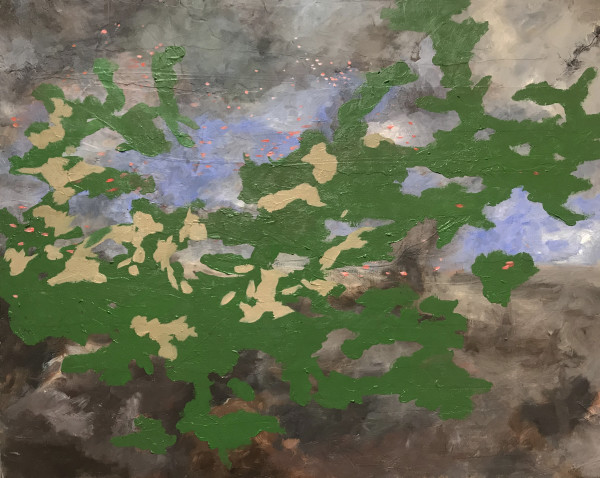 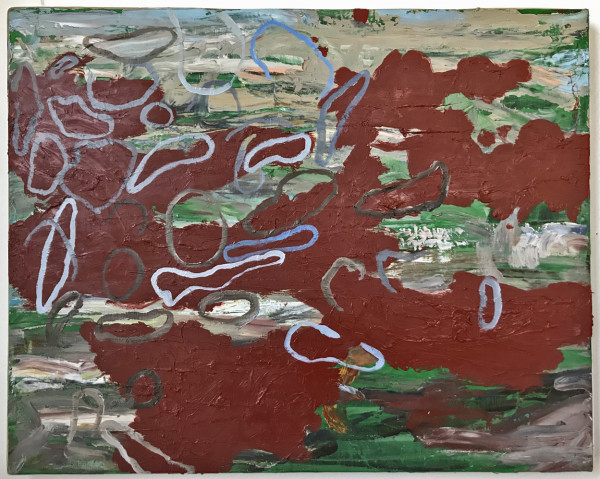 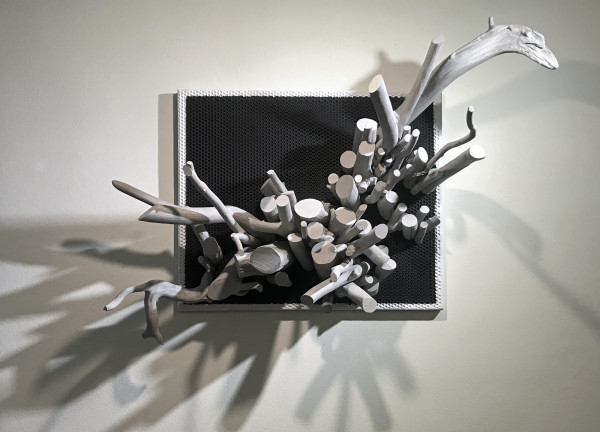 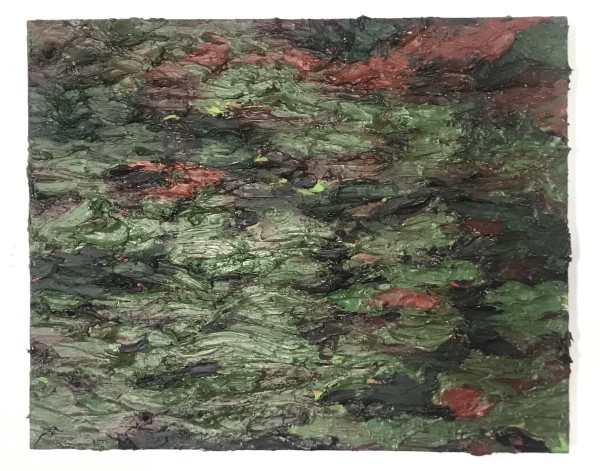 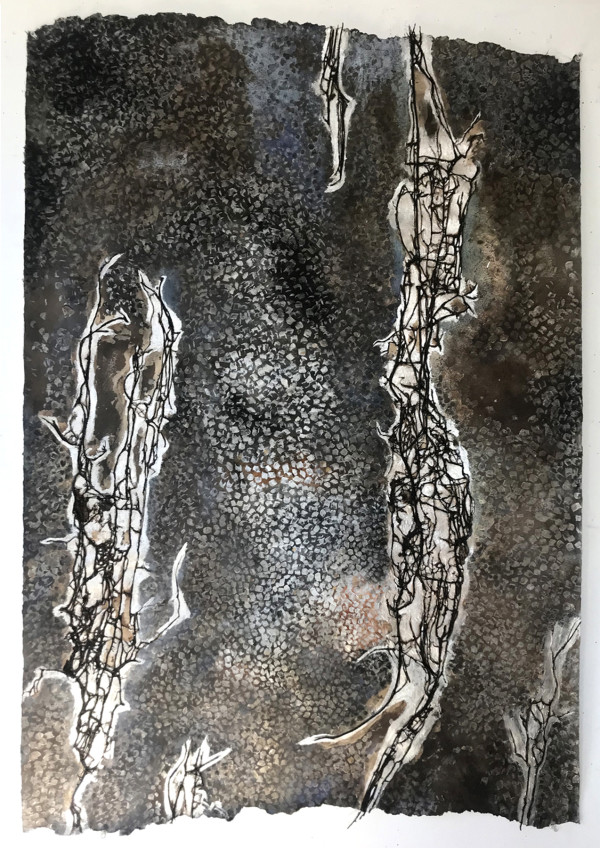 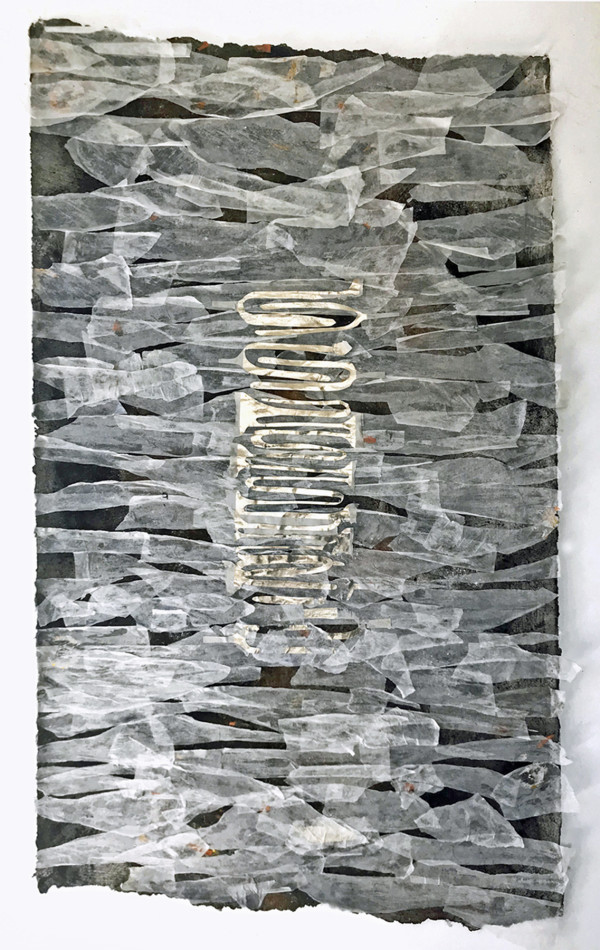 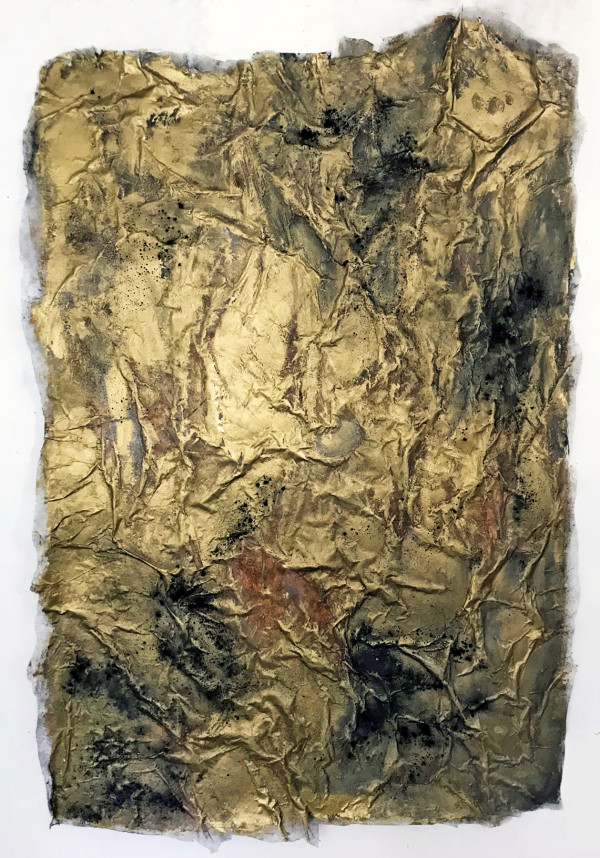