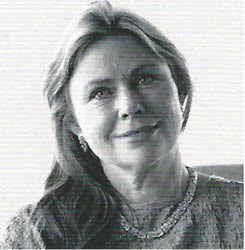 Margery Torrey began sculpting as a child in New York. Shaping forms was an activity that went hand-in-hand with her love of the outdoors and its wildlife. She would roam the family farm on Long Island's north shore, dig clay from the banks of the pond, and create sculptures of the ducks, turtles, and anything else that wandered by. Sculpting from her field studies has been a theme in her work ever since.

Torrey began her formal training at the Paul Mellon Arts Center at Choate/Rosemary Hall in Wallingford, Connecticut, and went on to study at Wellesley College, where she earned a degree in applied art and art history. She completed additional study at the Parsons School of Design in New York and spent a year in Florence, Italy, and Spain studying Renaissance sculpture and studio work with contemporary sculptors. She then moved to Wyoming and apprenticed for two and a half years with a German taxidermist to learn "animal architecture" from the inside out. In 1987, she cast her first bronze and began sculpting the human figure as well, creating mannequins for Victoria's Secret and The Limited.

Highlights of 2016 included having a life-size eagle sculpture placed as a focal point in a veteran's monument in Dubois, Wyoming, and through fundraising efforts from the sale of her bison sculpture Rolling Thunder, the release of bison back on to tribal lands in November.
Torrey is a Signature Member of the Society of Animal Artists. Her work has been shown at the National Museum of Wildlife Art, Leigh Yawkey Woodson Museum's Birds in Art show, and she has had one-person shows at Callaway Gardens, Georgia, and Somerville Manning Gallery in Delaware. In 1998, AFLAC commissioned Torrey to sculpt their "Spokes-duck" for display in AFLAC offices worldwide. She recently was awarded a large commission by Wyoming's Northern Arapaho tribe to create a veterans' monument. The eighteen-foot sculpture will feature a traditional warrior on horseback.

Torrey's work has been featured in Maxim and Southwest Art magazines, is collected internationally, and is in many public and private collections.