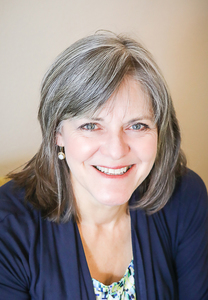 Lea has had a lifelong passion for textiles and fiber arts. She stitched her first garment at age 6, and became a quilter at16, learning skills from her great aunt. That first quilt was hand-pieced and hand quilted. Her first original design, paying tribute to the centennial of the Statue of Liberty in1986, was chosen as the Missouri state winner of the Great American Quilt Festival. It was viewed all over the world as part of a 3-year traveling exhibit of the Museum of American Folk Art and can be viewed in the book All Flags Flying: American Patriotic Quilts as Expressions of Liberty.

In her twenties, Lea was introduced to the world of spinning and weaving, and became involved in all aspects from helping to sheer the sheep, to collecting plants for dying, to developing patterns for knitting. Lea designed and knitted sweaters from her own hand-dyed, hand-spun yarn.

She traveled overseas in her thirties as a teacher for the Department of Defense. Five years in Turkey provided new opportunities to explore textiles, including a summer spent living in a remote Turkish village learning to weave kilims. This assignment was followed by 4 years in Okinawa, were she acquired a love for Japanese textiles design techniques, and an extensive collection of kimono fabrics.

Lea returned to the states in 2001 to reside in Colorado where she rekindled her interest in quilting and was exposed to the amazing world of art quilts. Simultaneously, she began a study of classic European art, and developed a keen interest in portrait and figurative art. Her current techniques and works are a synthesis of these passions as she uses thread and fabric to create realistic pictorial works.

Lea’s fiber art has been featured in numerous national and international exhibitions, including Geneva, Vienna, Johannesburg, New York, Houston, Kansas City, and Denver. Her work has won awards at the International Quilt Festival, Houston, Texas; Festival of Quilts, Birmingham, England, Road to California, Ontario, California, and AQS QuiltWeek, Paducah, Kentucky.
She is a featured artist in the book Cutting Edge Art Quilts, an episode of TheQuiltShow.com. and she teaches online at CraftOnlineUniversity.com Her work and articles on her techniques have appeared in many other publications including American Quilter, Quilter's Newsletter, SAQA Journal, Quilting Arts, Surface Design Journal, Machine Quilting Unlimited, The Quilt Life, and Quilter’s Connection Magazines. Her first book, Thread-Painted Portraits: Turn Your Photos into Fiber Art, was released in 2014.