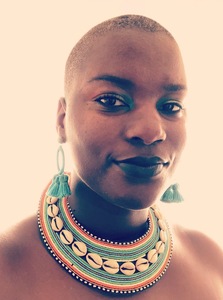 Kenyatta A.C. Hinkle is a California based interdisciplinary visual artist, writer and performer. 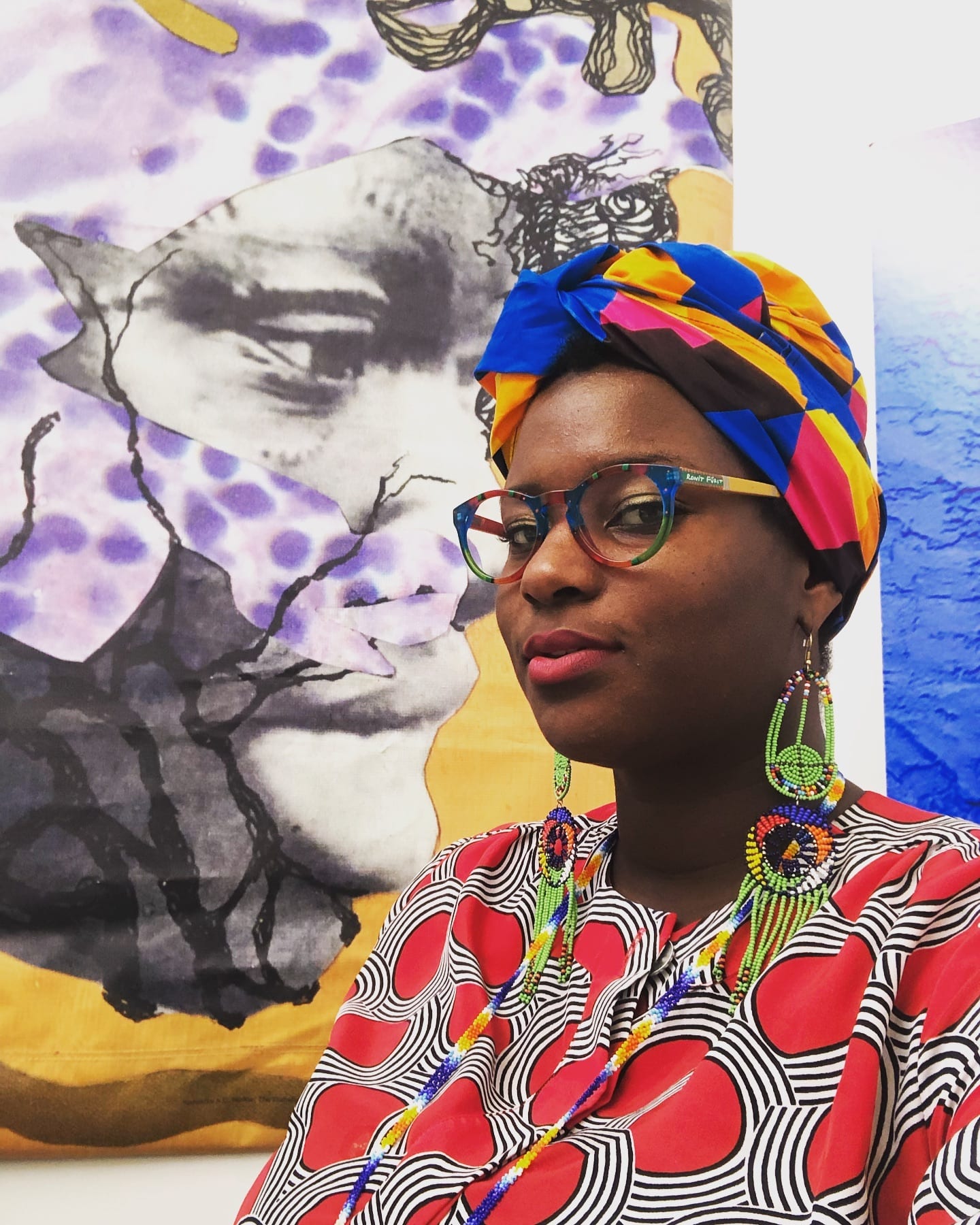 Kenyatta A.C. Hinkle is an interdisciplinary visual artist, writer and performer. Her practice fluctuates between collaborations and participatory projects with alternative gallery spaces within various communities to projects that are intimate and based upon her private experiences in relationship to historical events and contexts. A term that has become a mantra for her practice is the "Historical Present," as she examines the residue of history and how it affects our contemporary world perspective. Her artwork and experimental writing has been exhibited and performed at The Studio Museum in Harlem, Project Row Houses, The Hammer Museum, The Museum of Art at The University of New Hampshire, SF MOMA,  The BALTIC Centre for Contemporary Art, Newcastle upon Tyne, UK and Páramo Galeria, Guadalajara, Mexico. Hinkle’s work has been reviewed by the Los Angeles Times, LA Weekly, Artforum, Hyperallergic, The Huffington Post, The Washington Post and The New York Times. She is also the recipient of several awards including: The Cultural Center for Innovation’s Investing in Artists Grant, Social Practice in Art (SPart-LA), Jacob K Javits Fellowship for Graduate Study, The Fulbright Fellowship, and The Rema Hort Mann Foundation Emerging Artists Award and the SF MOMA SECA AWARD 2019. Her writing has appeared in Not That But This, Obsidian Journal, Among Margins: Critical & Lyrical Writing on Aesthetics. She is the author of Kentifrications: Convergent Truths & Realities (2018) published by Sming Sming Books & Occidental College and SIR (2019) published by Litmus Press. Hinkle is currently an Assistant Professor of Painting at UC Berkeley’s Department of Art Practice.

Kenyatta A.C. Hinkle's practice fluctuates between collaborations and participatory projects with alternative gallery spaces within various communities to projects that are intimate and based upon my private experiences in relationship to historical events and contexts. She is an interdisciplinary visual artist, writer and performer who integrates cultural criticism, personal narrative, social practice and historical research to interrogate structures of power concerning race and representation, and to question how those structures influence ideas of self. She utilizes drawing, painting, collage, video, ethnographic photography, text and performance as tools within her art practice. Within her studio practice she conducts extensive experimentation and play in which she forms several bodies of work simultaneously. At the moment she has three concurrent projects on the forefront of her studio investigations.

The Uninvited Series 2008- This series focuses on re-constructing the narratives that took place within late 19th century and early 20th century West African ethnographic photography taken mainly by French colonialist. The photo documentation and, sometimes exploitive constructions were mass produced on postcards and carte-de-vistes and distributed globally. Hinkle uses the metaphor of disease as a meditation on colonialism and postcolonialism interpreted through drawing the act of a virus entering the body and rendering it as a host. Several mutations occur for the survival of the virus. She links this relationship to the French occupation of West Africa and the Black femme body as charted territory. Through manipulating the scale of the images and creating interventions through drawing and painting on top of the photos, she interrogates the power dynamics between the gaze, the subject and the viewer.

The Kentifrica Project 2010- is based upon the continent of Hinkle's ancestral origins that has a mélange of cultures and influences, including a close connection to her familial lineage in Kentucky and parts of West Africa. The project is a meditation on what can and cannot be mapped when dealing with constructions of cultural identity. Taking on the roles of an ethnographer, a museum director, a griot, and a descendant, she adapt various formats of presentation including: essays, interviews, oral storytelling, handmade artifacts, drawings, video, and to embody a Kentifrican consciousness. Hinkle also has created a traveling diasporic Kentifrican Museum of Culture that involves collaborations with artists and people who do formally not identify as artists in order to examine what Kentifrica is a could become.

THEY 2019- debuted at SF MOMA for the SECA AWARD 2019 exhibition. This series investigates the persistence of colonial occupation and how it affects our current political states and relationships to geography and culture historically and presently. Through the examination of colonial structures, the impact upon the people living in their wake, the flora and fauna of their environments, and the push and pull between indigeneity, empire, imperialism, globalism, Hinkle is examining our relationship to trafficking, being trafficked and becoming un-trafficked. Through a continued practice of manipulating the scale and context of colonial postcard imagery disseminated throughout Europe and America as expressions of colonial power in the late 19th century early 20th century, Hinkle is turning her gaze upon the culprits who created these visual fictions and absolute rule. Through the usage of large scale mixed media works on paper, ceramics, wood panel and a reconfigured wicker throne Hinkle questions the subtleties within colonial architecture and furnishings as ways to dominate and control one’s perception and experience within space visually and imaginatively.

Explorations of the Black femme body as geography, and colonialism as a parasite that renders the geography a host, and how these parallels relate to the current human trafficking trade of West Africans in Europe and African-American women in the US, Hinkle creates a reconfigured context to hold this investigation that invites viewers to grapple with the Historical Present. Hinkle asks, “What is this perpetual loop of dominance that we find ourselves ingratiated?

For the first time, Hinkle is focusing on the actual/literal architecture of colonialism in relationship to churches, police stations, colleges and various European structures that were built upon occupied land. Hinkle is interested in how these structures collide with the Black femme body as an expression of the wealth of colonial operations in relation to functionality, perceived comfort, and resources i.e. milk in relationship to gold, a lap in relationship to a throne/seat or coast. This blurring of bodies and geographies and highlighting structures that colonials built allows the colonial gaze to be disrupted and interrogated. THEY aims to link these original colonial pursuits with the rapid increase of gentrification, natural resource depletion, sex trafficking and so many other models that colonialism, imperialism and capitalism continue to foster. THEY is also inspired by the book The Famished Road (1991) by Ben Okiri in which many works in the series are named from and inspired by his writing.