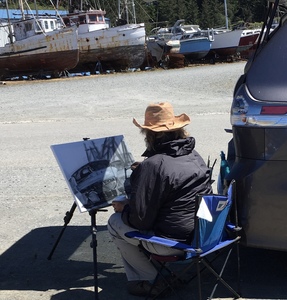 Studio 6 Gallery: features rotating exhibitions of my current and/or retrospective work. This month features 2 online shows and 2 new pieces from The Studio.

Bird Brain VI - Richmond Meltdown -These are often begun as pen and ink drawings and always toward the idea as a larger painting. 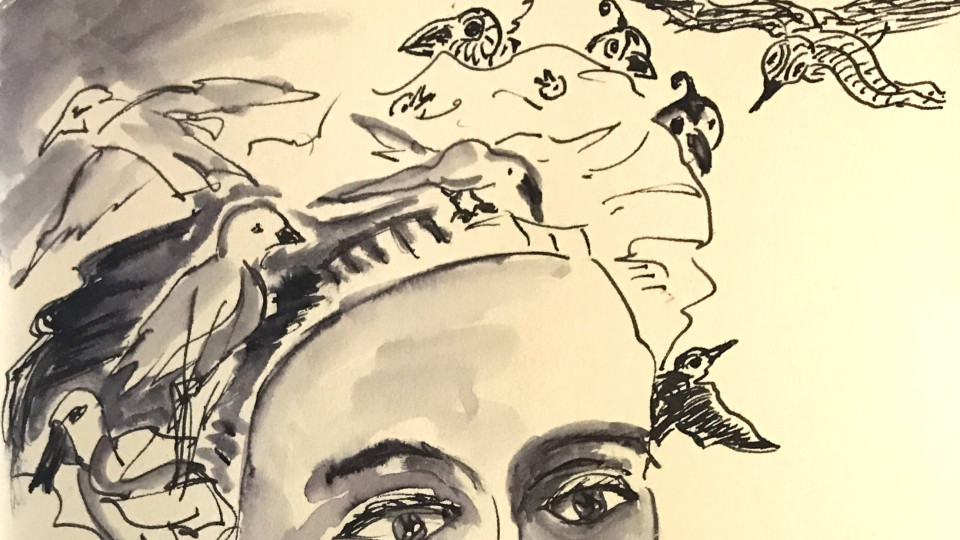 This series coming here May 22, 2018; after the current show Fall Progression.

The Bird Brain Series originated around the fleeting nature of thoughts. The way they arrive, and often depart before full development, and sometimes return for further thought. We store them, discard them, act on them, and give them value. Only much later have I come to see them as a reflection on my mother’s dementia during her last years, and as I age that of my friends and myself. Too early to say how far and fast such personal changes will be so continued observation is require, unbidden, always on the periphery of vision.

These are often begun as pen and ink drawings and always toward the idea as a larger painting.

Read more from Katy Cauker
Cookies help us deliver our services. By using our services, you agree to our use of cookies. Learn more