Capturing the Beauty and Essence of the Landscape & Still Life 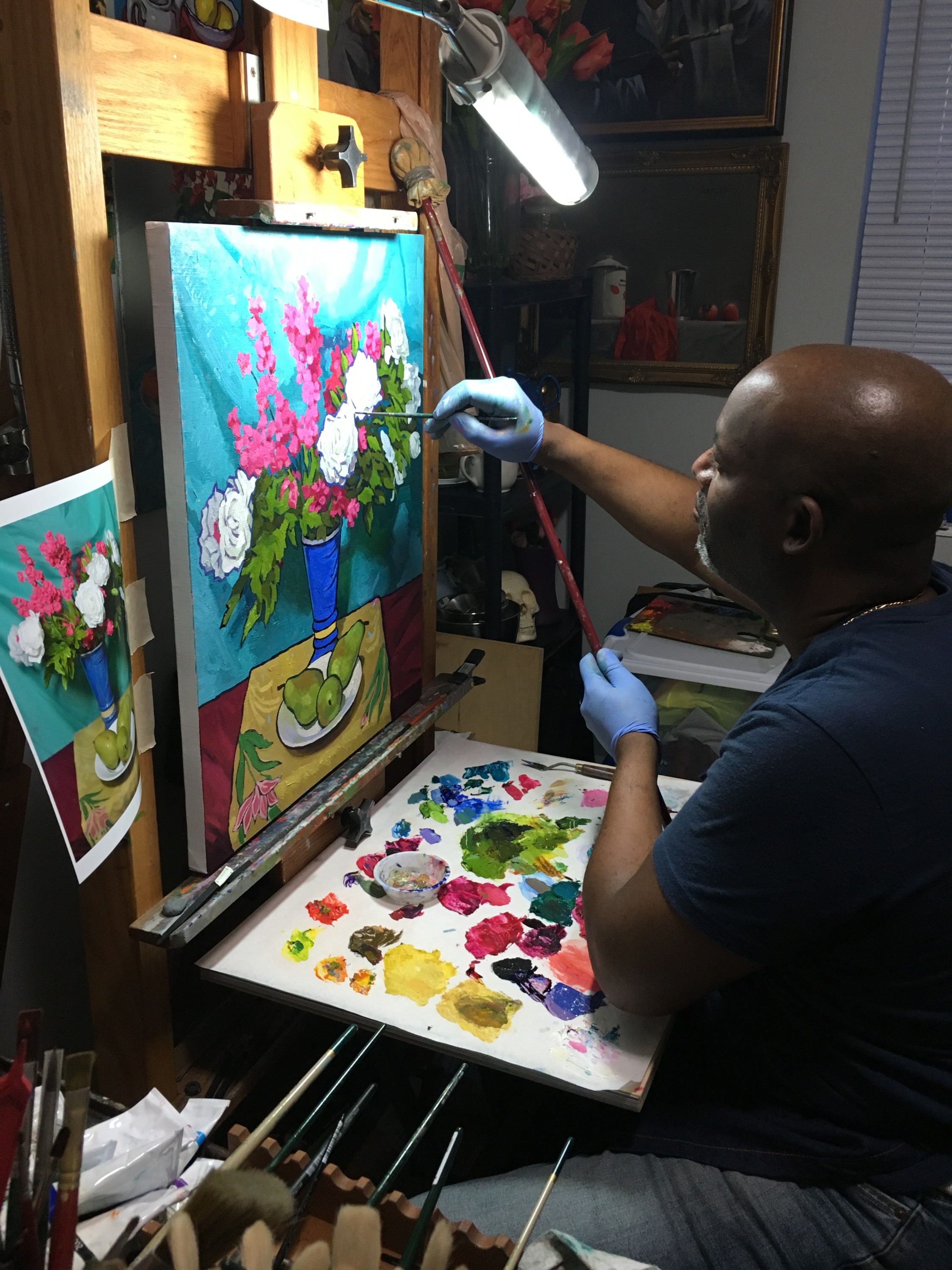 At a very young age, I always knew that I wanted to become an artist. It was already in me; I just didn’t know it then. I began copying Loony Tune characters from empty jelly jars as well as characters from other resources. Painting came along a bit later. As I got older,  I discovered a television show called “Paint Along with Nancy Kominski”.  While watching her paint, I instantly knew that that was something I wanted to do.  After my mother purchased my first easel and oil paints, I began teaching myself how to paint. I never attended art school with exception to a three-month stay at Pratt Institute in New York that I attended shortly after graduating high school. I didn’t feel compelled to stay because I had no money and I needed to work. In addition to that, I wanted to paint and not take those boring foundation courses. So, I made a decision to leave Pratt and continue on the road to self-teaching while working to support my art and myself. Later in life, I’ve attended a few workshops with other artists and I also attended classes at the famous Art Students League of New York.  I’m currently painting still life and landscape from my home studio. I’m new to the business of art and social media and I am also very committed to sharing my work with the world.