Mondrian arrived in New York in 1940, one of the many European artists who moved to the United States to escape World War II. He immediately fell in love with the city and with boogie-woogie music, to which he was introduced on his first evening in New York. Soon he began, as he said, to put a little boogie-woogie into his paintings.

Hundreds of pieces of colored art glass are cut from sheets, assembled and fused in a kiln at 1450F followed by another overnight firing in the kiln at 1200F to achieve the final shape. 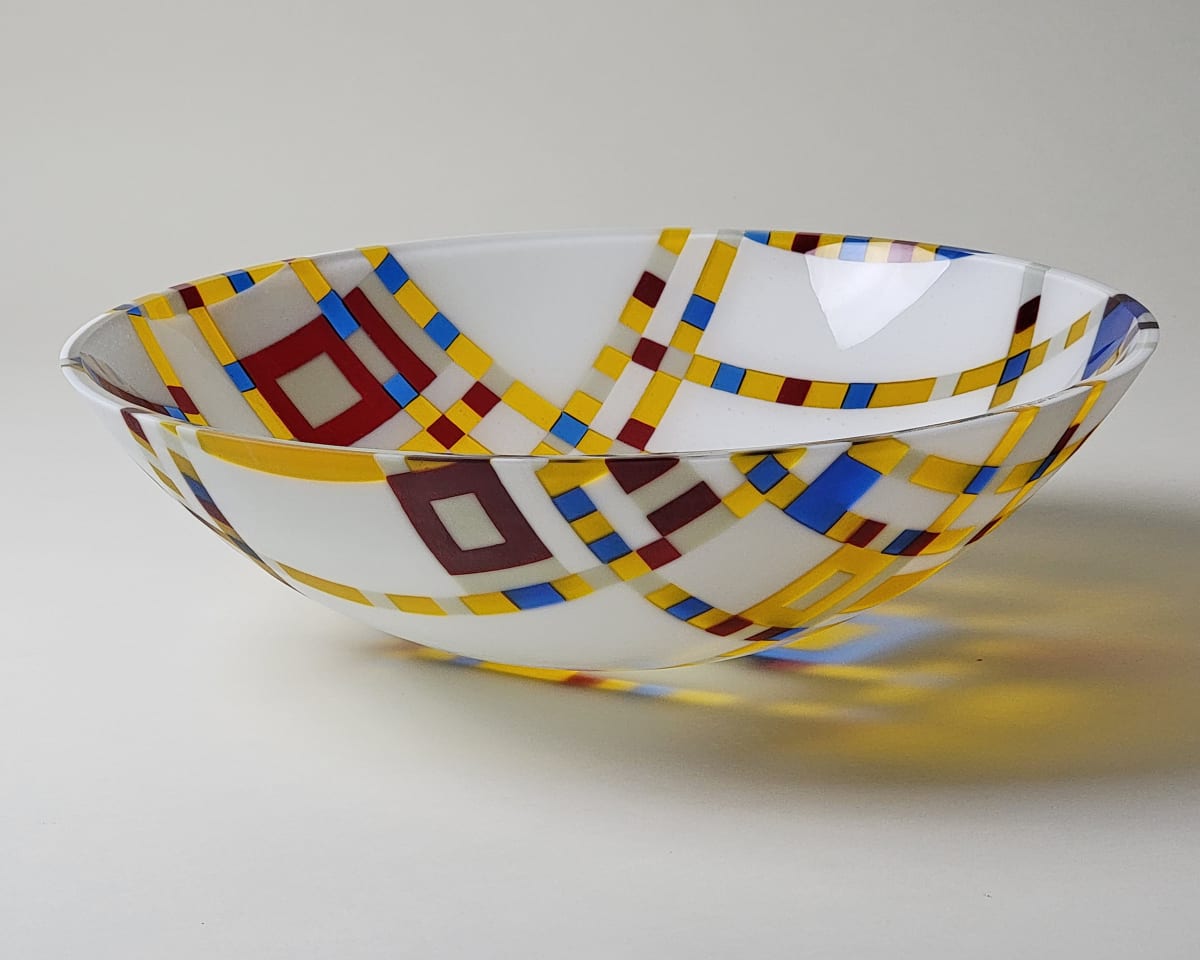