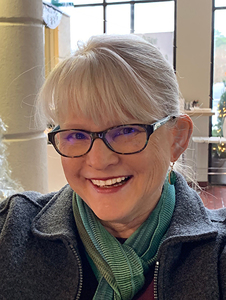 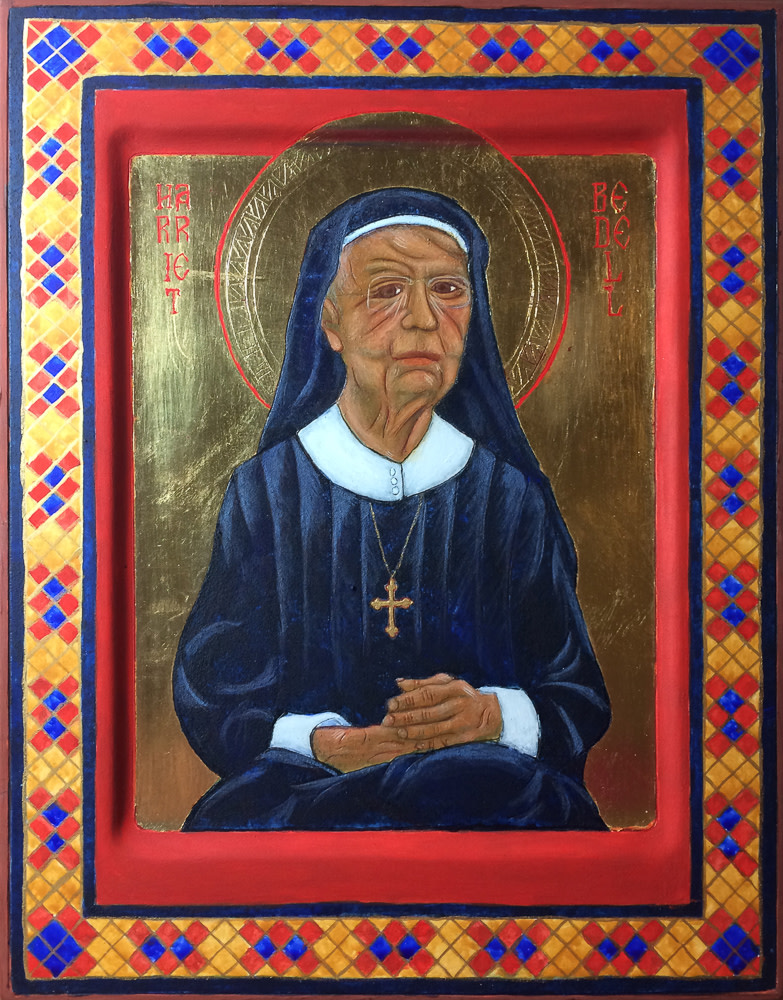 This icon is a prototype, meaning that as far as I know, it is the first icon of Deaconess Harriet.

The border is a Seminole patchwork pattern because of her long ministry in the Florida Seminole community.

During Lent Madness 2014, I came to know Harriet Bedell. I was overjoyed that she made it to the last round of competition for the "Golden Halo." It was a close battle, but alas Harriet was bested by Charles Wesley whose praises were sung far and wide. Not so for Harriet.

Now while Charles was indeed a great man and wrote great hymns that we still love to sing, Harriet lived an amazing life for others, helping Native Americans from the Arctic Circle to the steaming swamps of the Everglades for over 70 years, often putting her own life in danger.

The more I read about Harriet, the more I love her and want others to know her too.

Searching the Internet every which way, I discovered no icons of this larger than life saint. I vowed that Harriet Bedell will have her Golden Halo, even if I personally had to give it to her. I set to work. Using a photo from the Florida Historical Archives, I created a pattern for her image.

This icon is small, measuring only 9 x 7 inches. I worked in traditional egg tempera and gold leaf. While some iconographers frown on a "frame" for an icon, I decided to add a border that would symbolize her time with the Seminole people in Florida. The design is a traditional Seminole patchwork pattern called crossed logs.

Harriet lived until she was almost 94 years old, working right up to the end. I like this image of her because it shows that her beauty only increased with age and her hands were made more lovely by all the good works they did.

Other Work From Gay Pogue 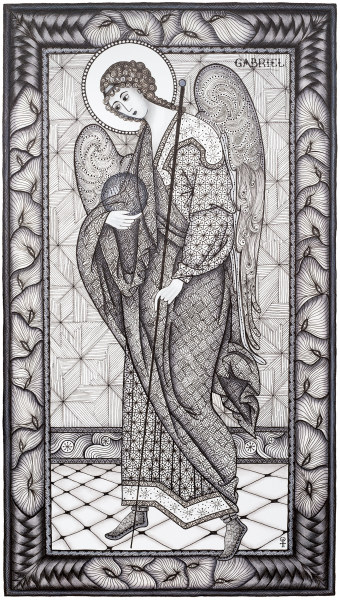 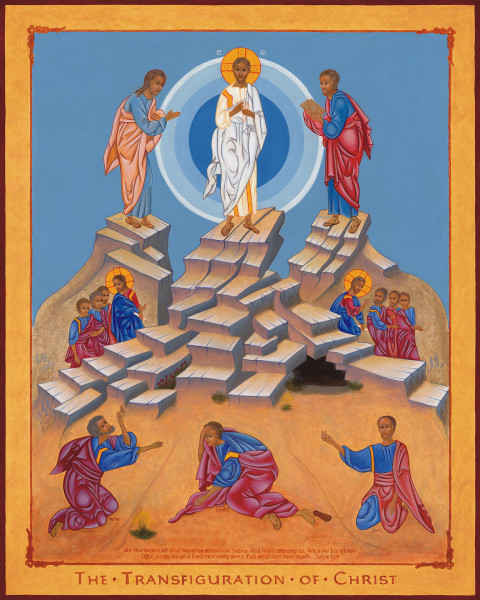 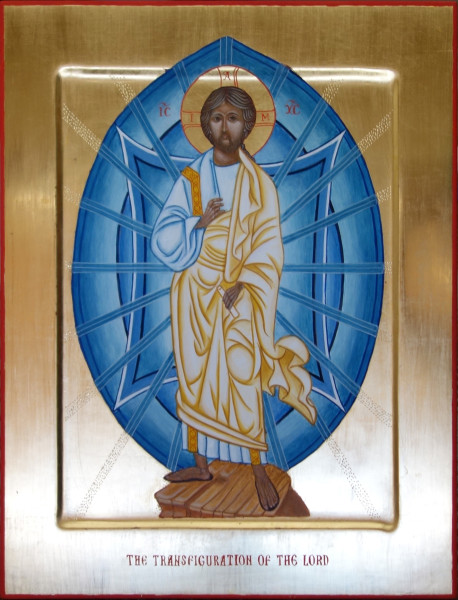 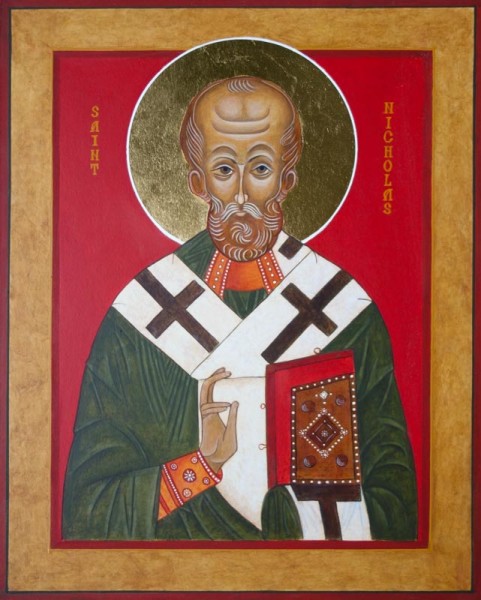 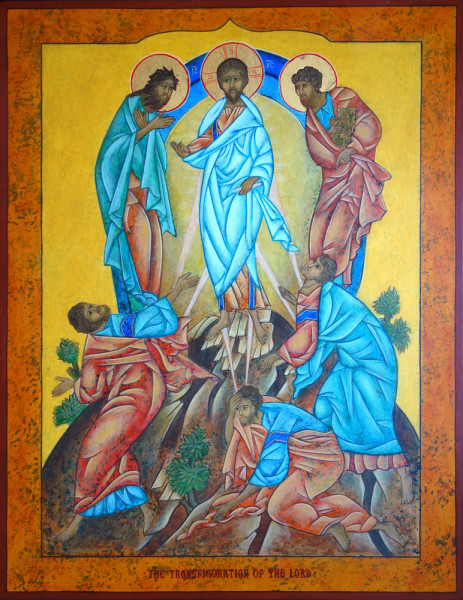 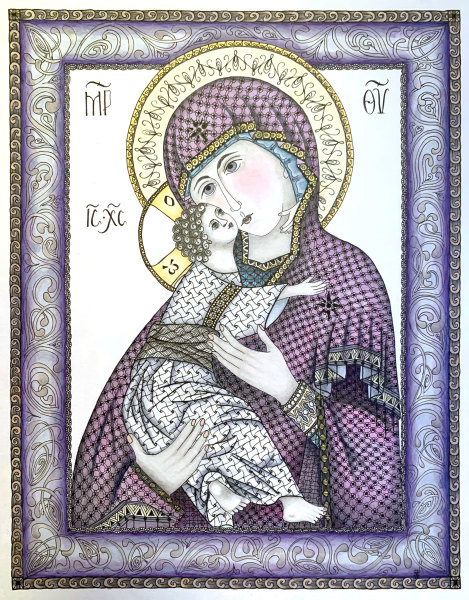 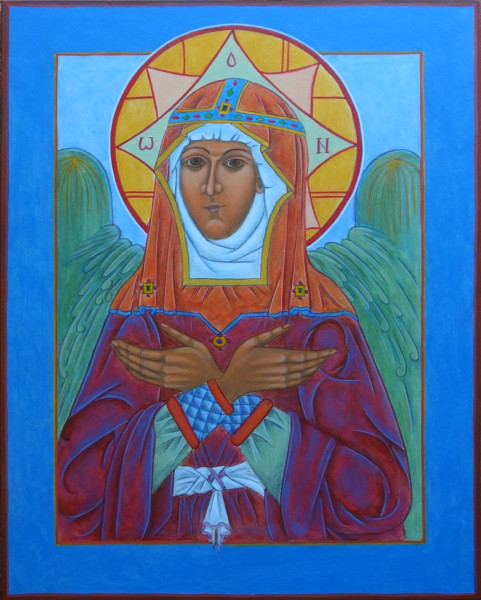 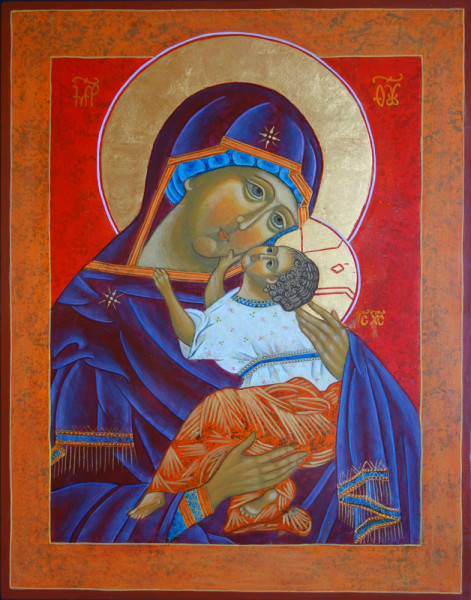 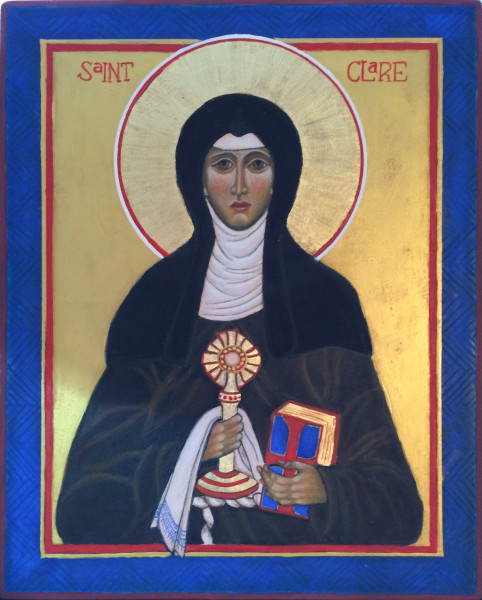 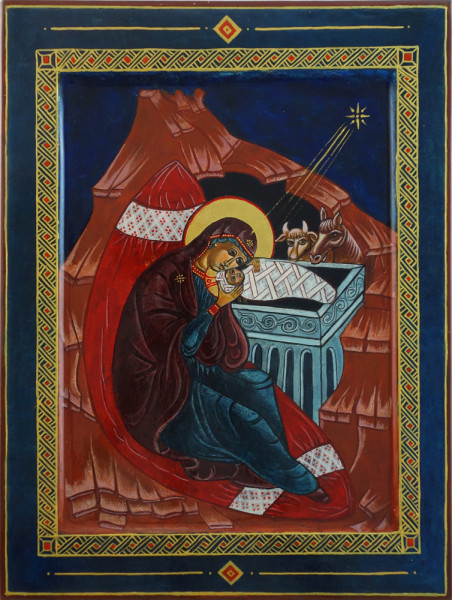 See all artwork from Gay Pogue