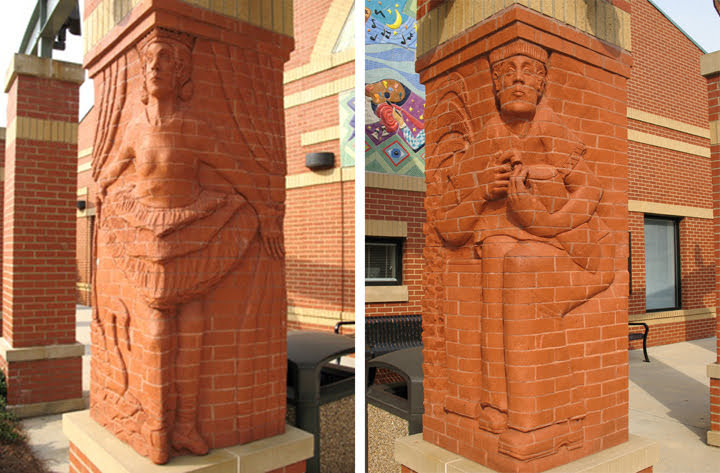 From the brick columns flanking the entryway to the Southwest Arts Center emerge Marianne Weinberg-Benson’s The Greeters; life-sized figures of young performers, a boy and a girl, are carved from industrial brick in bas relief. Acting as gateway portals to this building, The Greeters announce to all visitors the art center’s mission of education in the performing and visual arts. The Greeter “Enkosi” is an African drummer named for Enkosi Johnson, a young boy in South Africa who showed great courage in the face of dying from AIDS. He represents the freedom of an inner rhythm and the courage to embrace it. The Greeter “Jewel” is a ballerina who represents the jewel in each of us that can be discovered by the joys of self-expression. Both figures not only invite us in to the Center but they invite us in to express ourselves and embrace the creativity that exists in all of us. Combined with the Donna Pickens’ lyrical mosaic above them, the voice and song of The Greeters illuminates the building and draws the community in.

This work is now managed by the City of South Fulton. 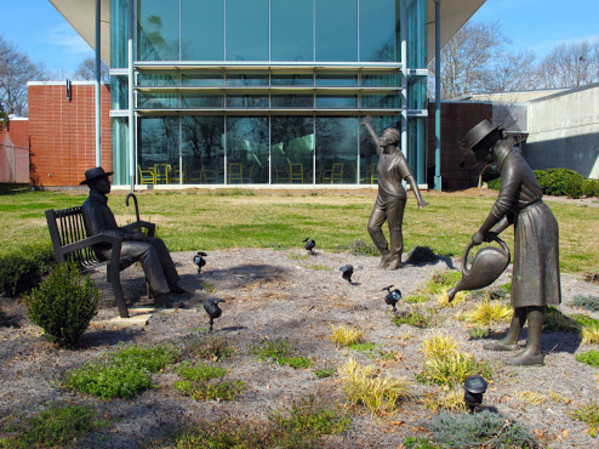 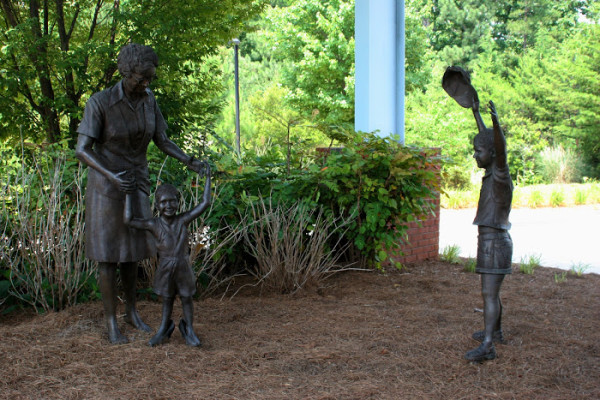 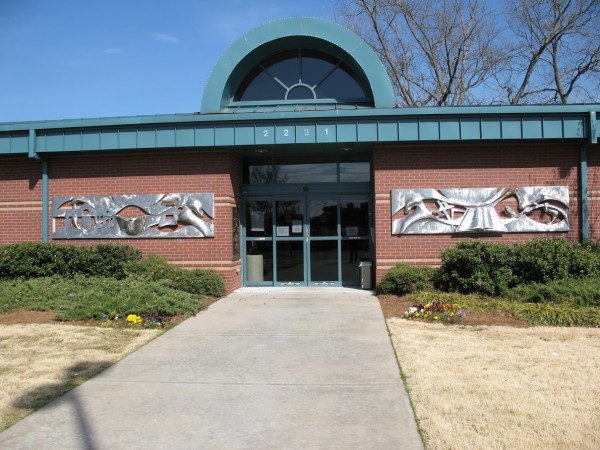 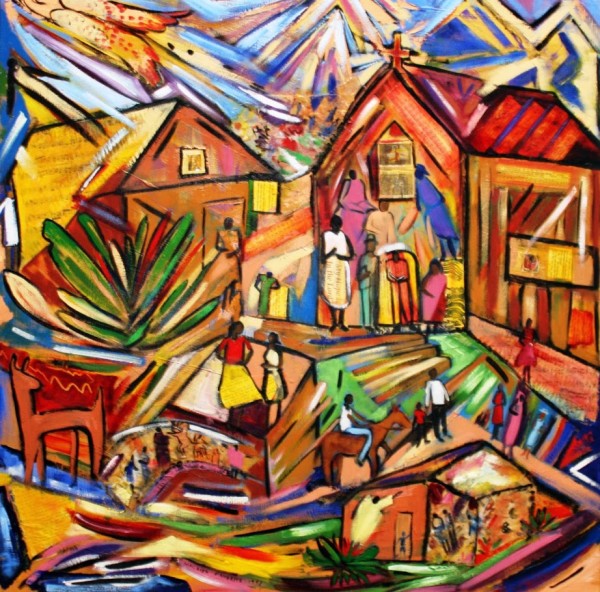