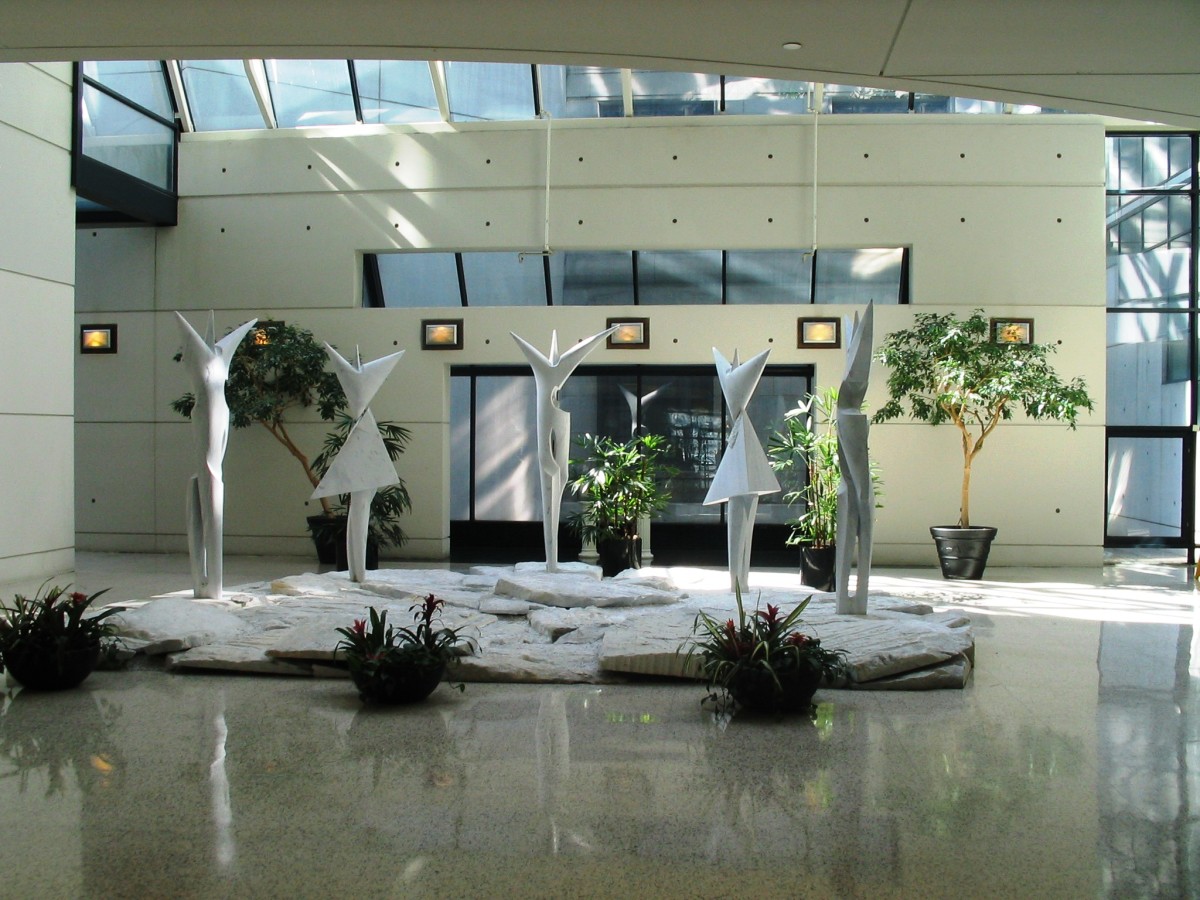 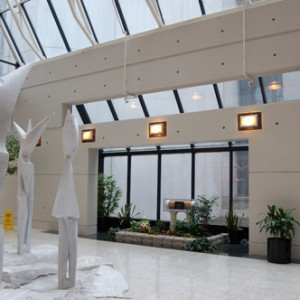 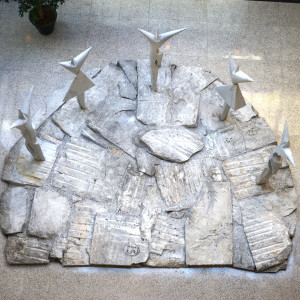 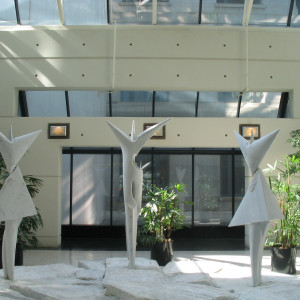 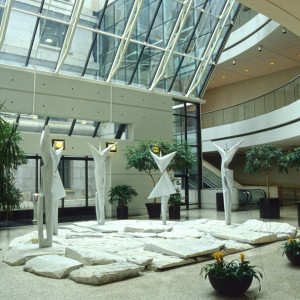 This sculpture was a gift to the people of Fulton County from the citizens of Barcelona. Inspired by the Sardana, a traditional Catalonian dance, Spanish sculptor Manuel Alvarez created the sculpture working with Georgia marble while in residence in Athens, Georgia. Alvarez’ stay in Georgia and the creation of the sculpture were part of the international arts activities that took place during the 1996 Olympic Games. The five stylized figures represent the five continents and echo the five rings of the Olympic flag. They stand together in a semi-circle, with their hands linked and arms raised, ready for the viewer to complete the traditional circle of this folk dance.

Background
In the summer of 1992, the City of Barcelona unveiled a series of public sculptures in preparation for the Olympic Games. Sculptures from more than ten renowned American artists were exhibited. Through that project's success, the idea for a cultural legacy between the hosts of the Olympic Games was born. In 1994, a noted Barcelona arts critic organized a group of Barcelona's best sculptors for a cultural exchange with Atlanta. The Cultural Legacy Project under the local leadership the Fulton County Arts Council, Matthew Porter, and scores of others became a reality.

Through the generosity of the Fundació Universal de la Sardana,
Barcelona artist Manuel Alvarez has continued the legacy by creating a site-specific sculpture for the Fulton County Justice Center, his first public art commission in the United States. A noted sculptor and master of Carrara marble, Manuel created Sardana, Dance of Peace from Georgia marble.

Manuel Alvarez worked for six months creating the Sardana, Dance of Peace while residing in Athens, Georgia. His work was assisted through studio space and equipment provided by Evan Firestone and Horace Farlowe of the University of Georgia Department of Art and Sculpture program, and through the donation of Georgia marble by William Whyte at the Georgia Marble Company, Tate, Georgia. 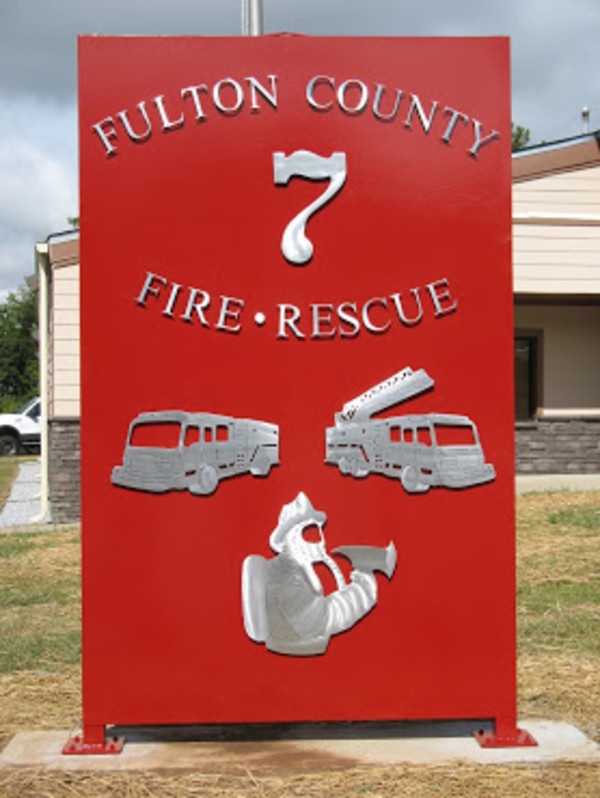 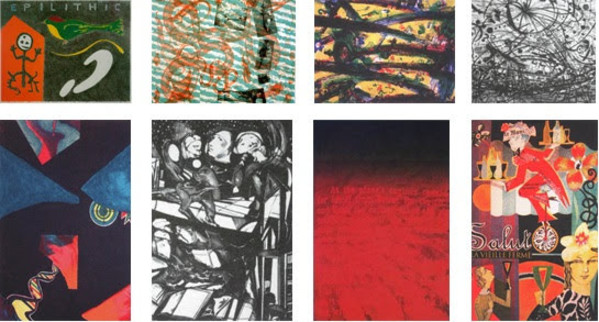 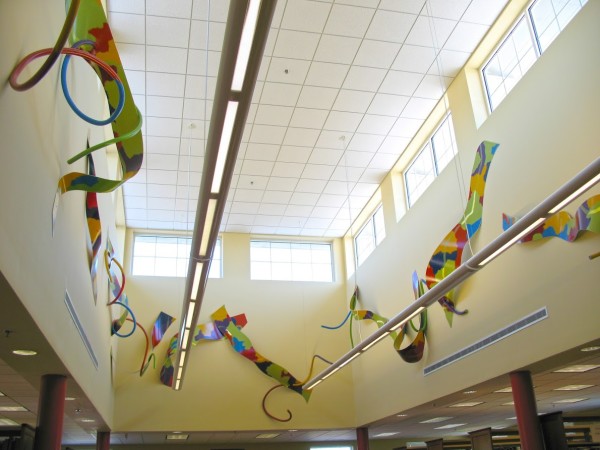 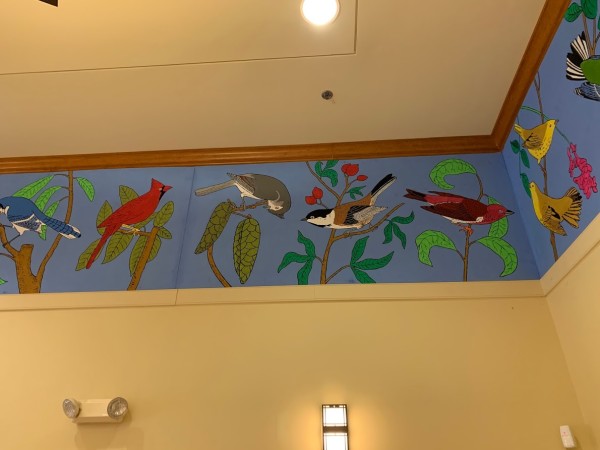 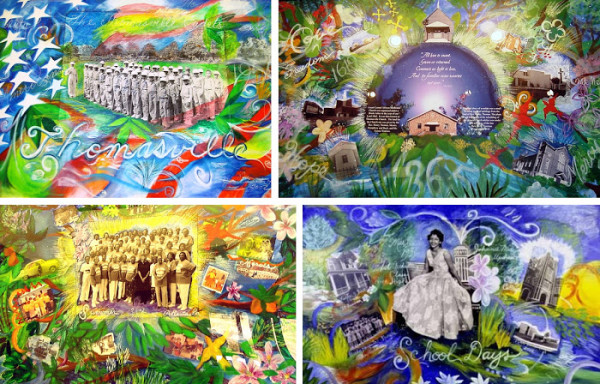 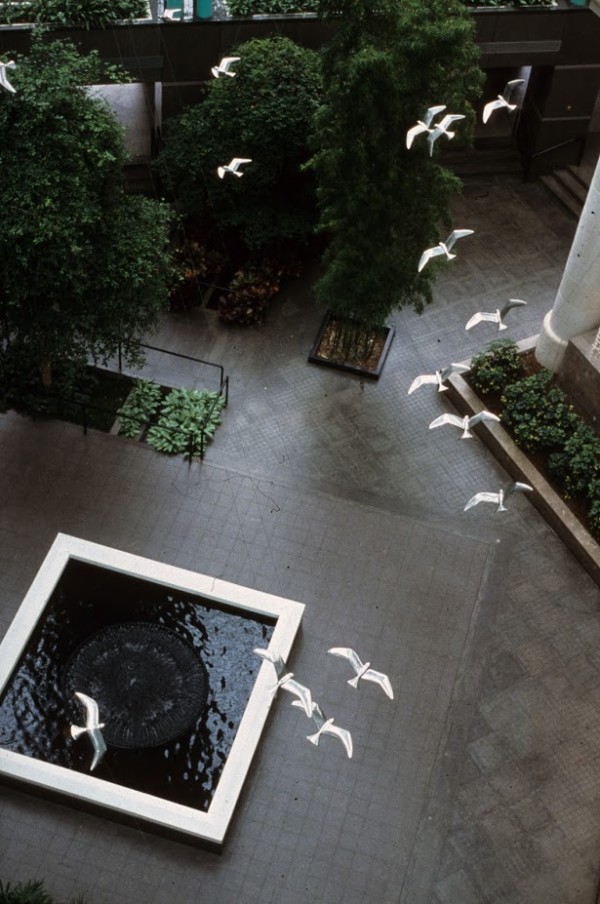 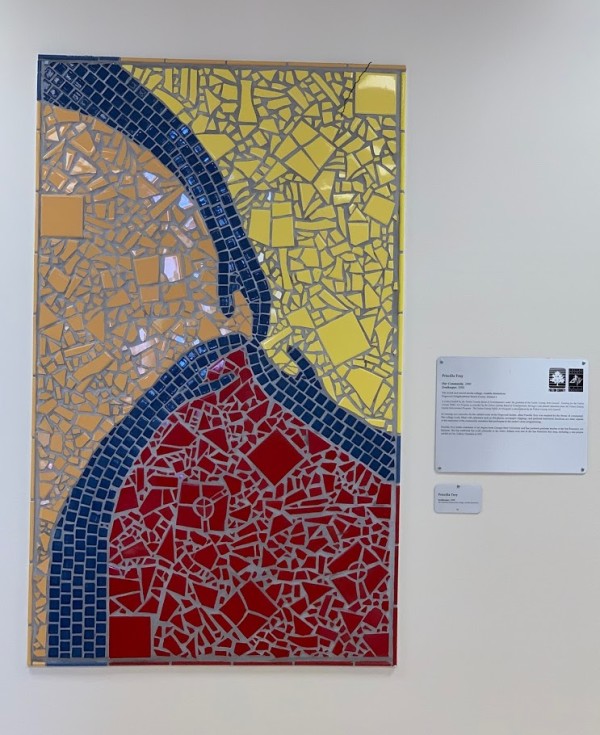 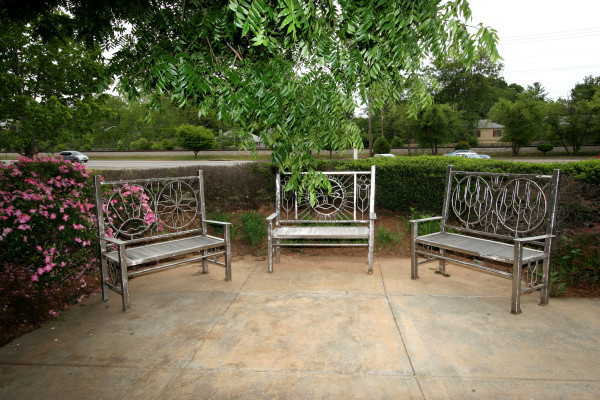 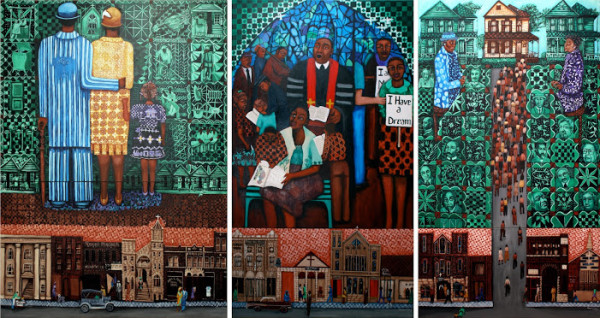