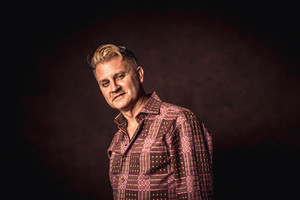 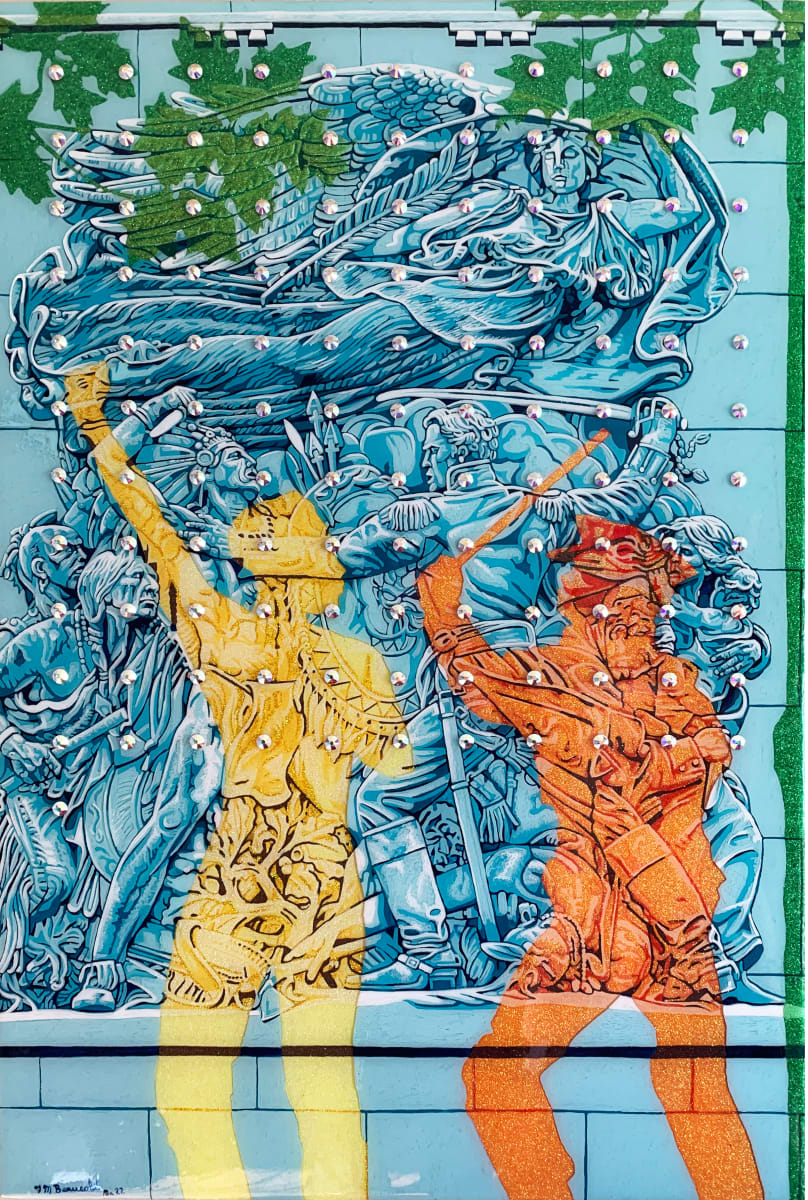 From invasion to police police brutality

American History of Racism and prejudice

This painting is from my serie that I called, The Holographic Universe, a serie about the Human Experience.

I use as a background a sculpture called, Defense by Henry Hering on the Dusable bridge in Chicago. It visually depict a soldier killing Indians to defend the poor white settlers.
On a different level I painted shadow in colors of a police man attacking some protester. Or if you want the police defending the poor white people from the black live matter people.

Other Work From Francois Michel Beausoleil 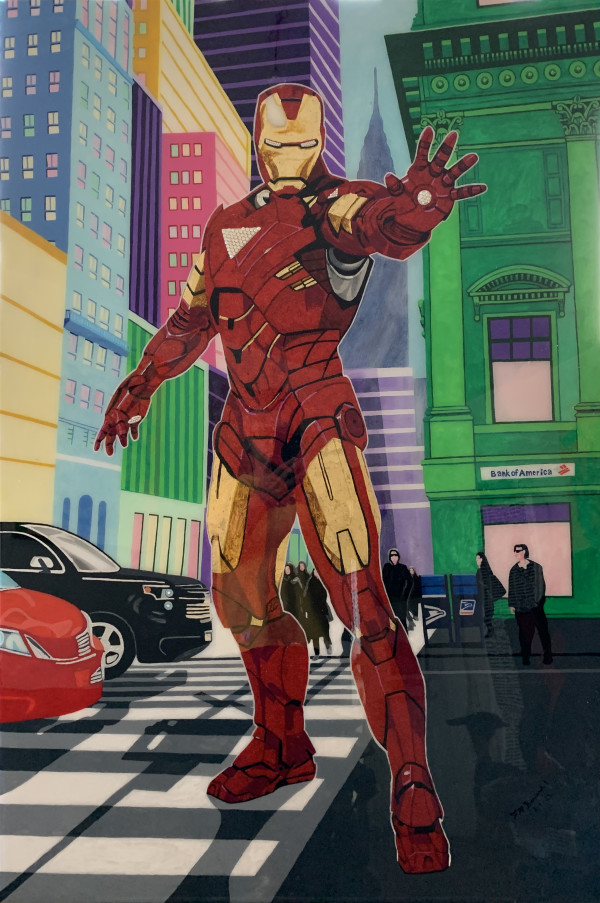 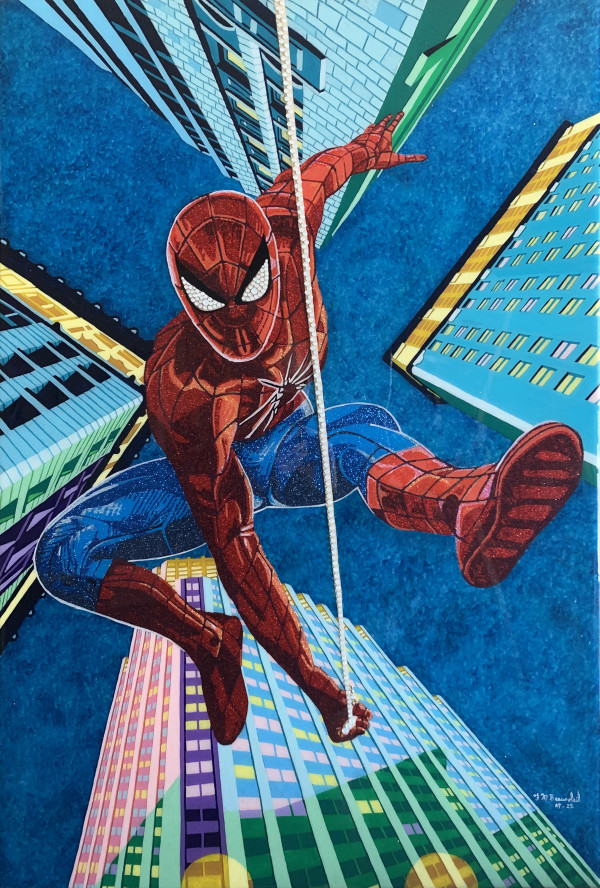 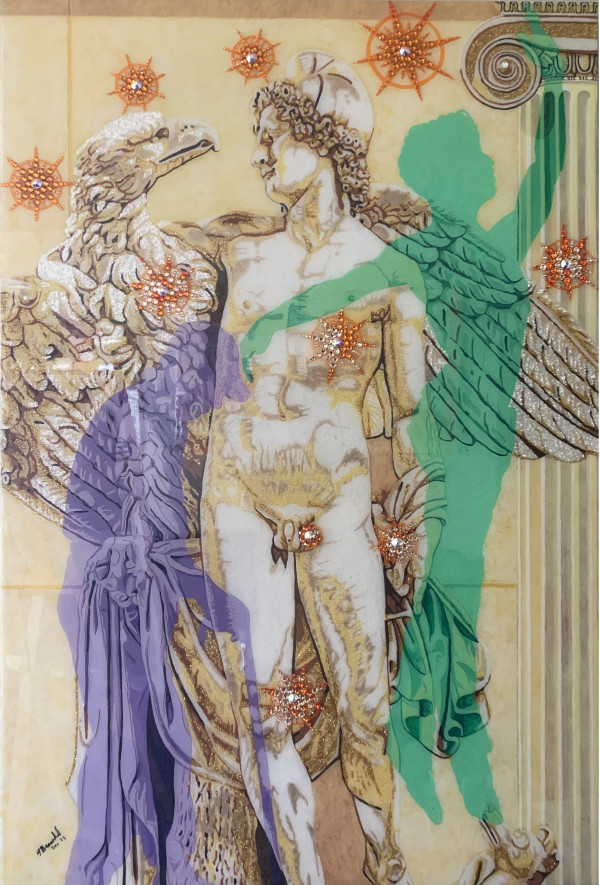 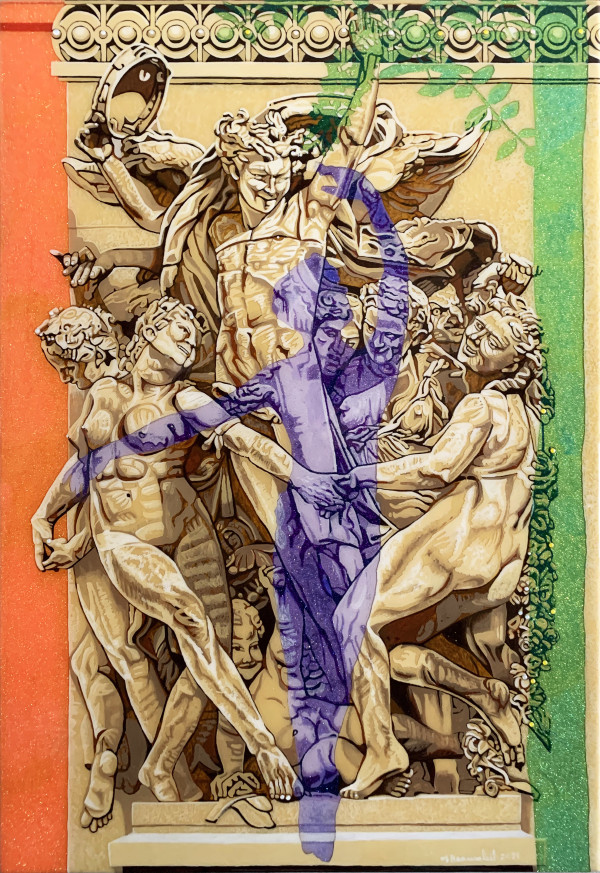 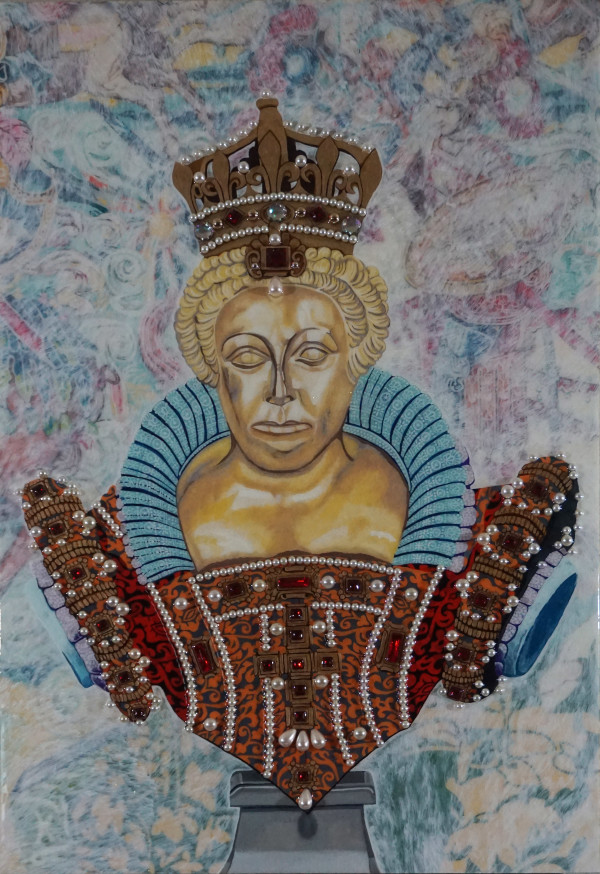 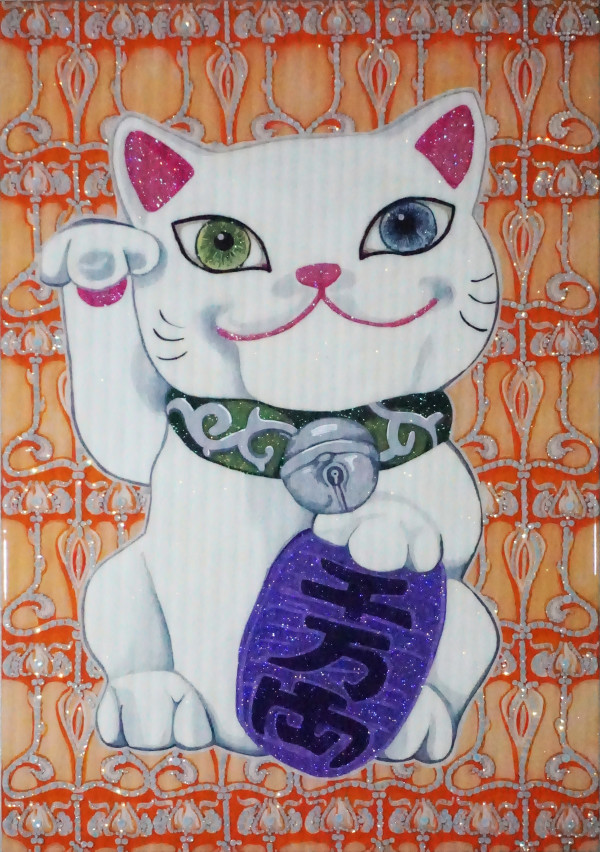 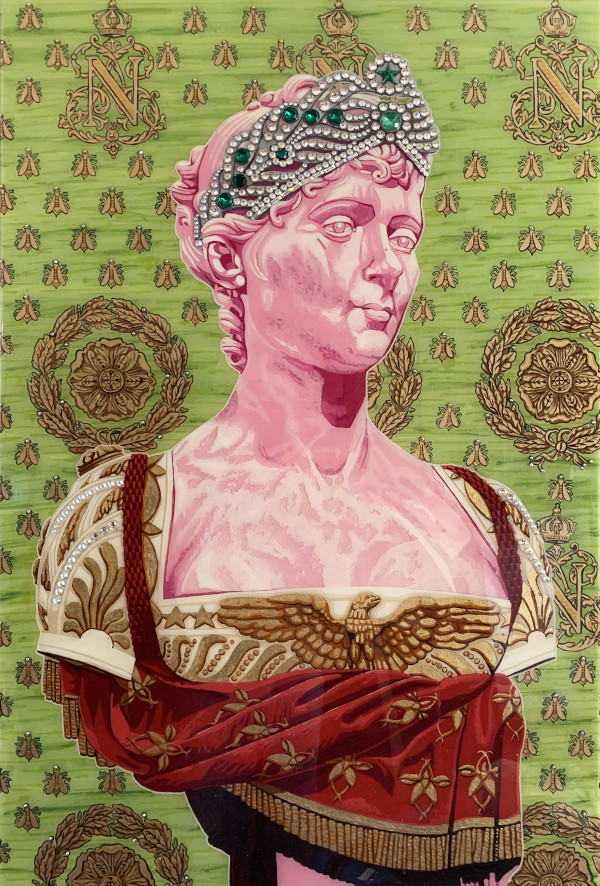 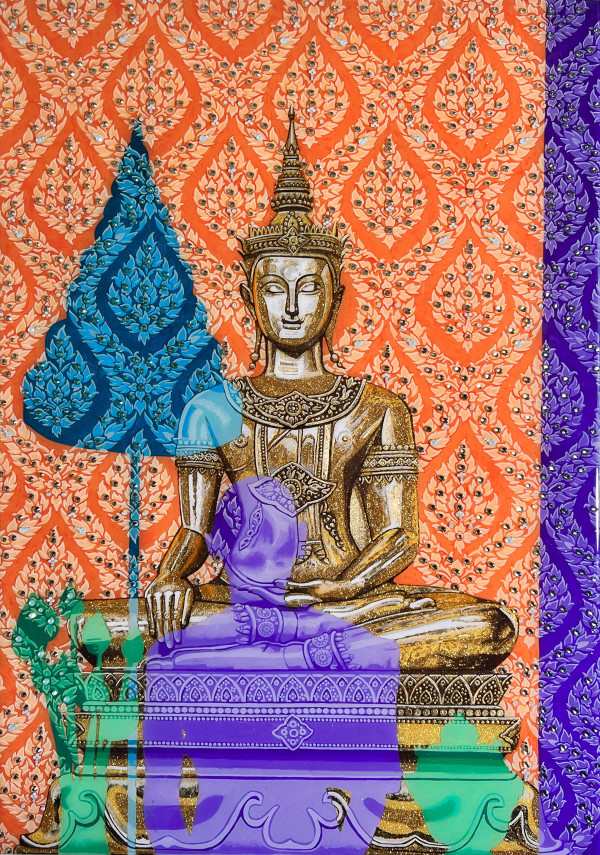