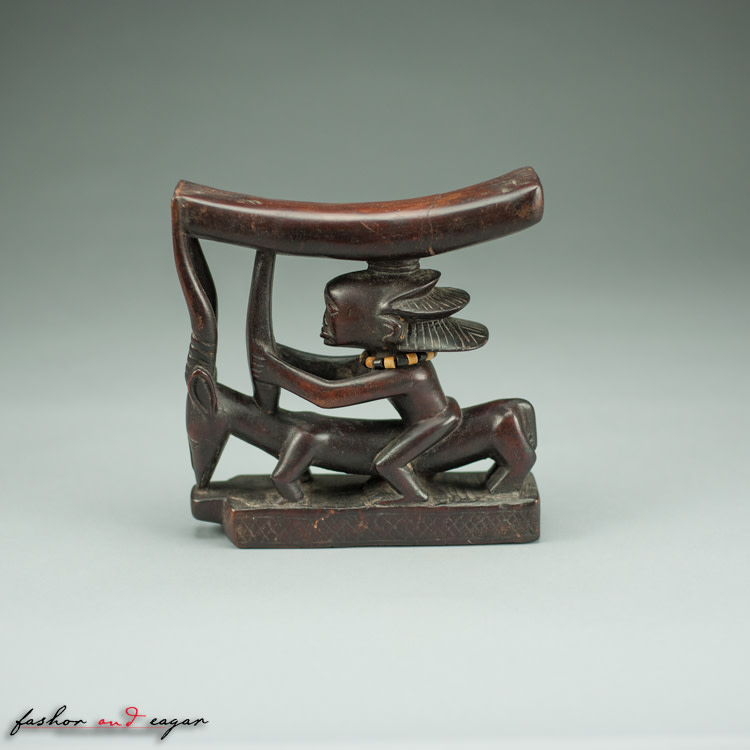 A magnificent prestige object of the Luba privileged class of earlier generations, this sculpture served in the stead of a pillow to elevate the head of its reposing owner. Its function may appear ordinary but the practical function of these neckrests permitted prominent Luba families to preserve their elaborate hairstyles overnight. Hairstyling was and still is essential Luba people. Women still wear dramatic and labor-intensive coiffures to this day. Like scarification, an elaborate hairstyle is a symbol of refinement and social status and self-esteem. Closely treasured by the Luba, headrests sometimes were used in burials, accompanying their owners to the afterlife. Fine works of art such as thrones, elegant scepters, sculptural figures and ornate neckrests were commissioned for personal and political use by the wealthy and ruling classes of the Luba.

The subject of this headrest is clearly a member of the privileged Luba class. The depicted figure sports the iconic coiffure popular in the Shankadi region of the Luba called the “step coiffure,” which sometimes took over fifty hours of meticulous work to create. The coiffures can distinguish one’s marital status or identify one’s cultural role; however, the primary purpose of hairstyling is to beautify the wearer. The figure, adorned in a blue and yellow necklace, sits astride an antelope with long horns. These aesthetic prestige objects, apart from their utilitarian purposes, encode the histories, social and spiritual practices of the Luba 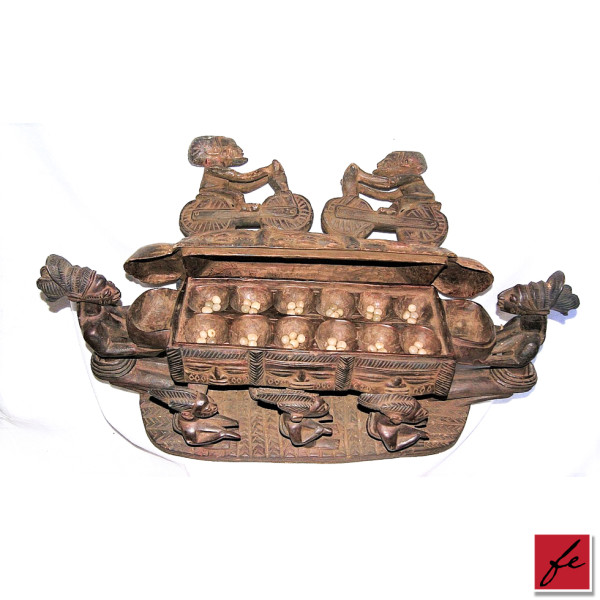 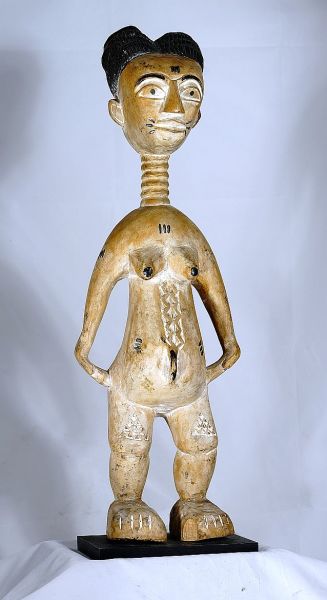 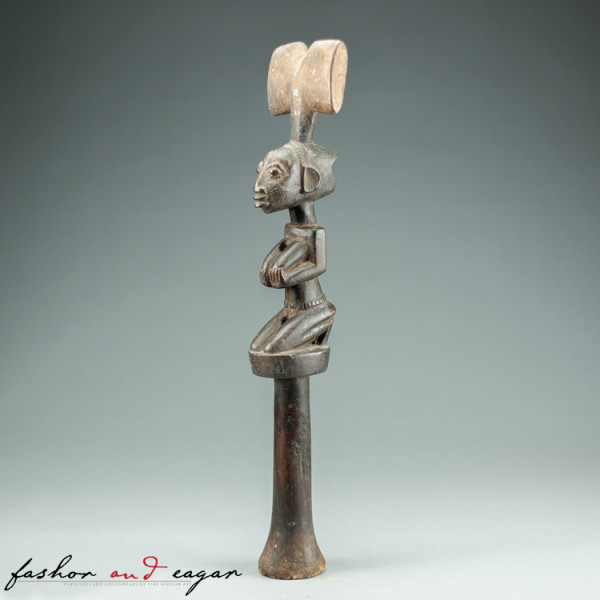 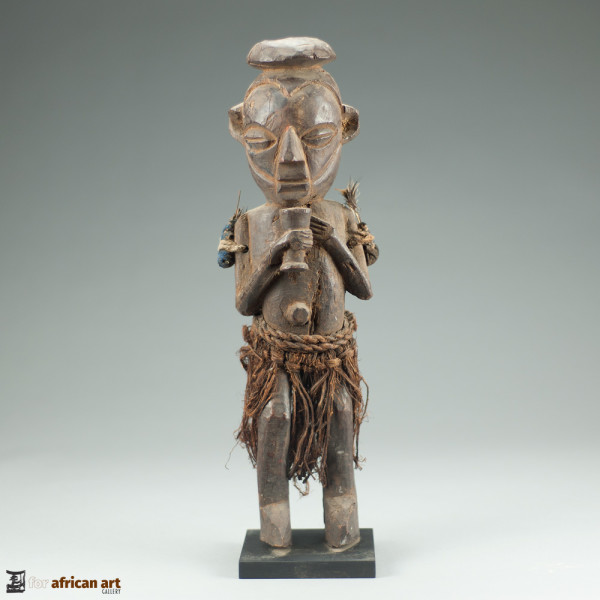 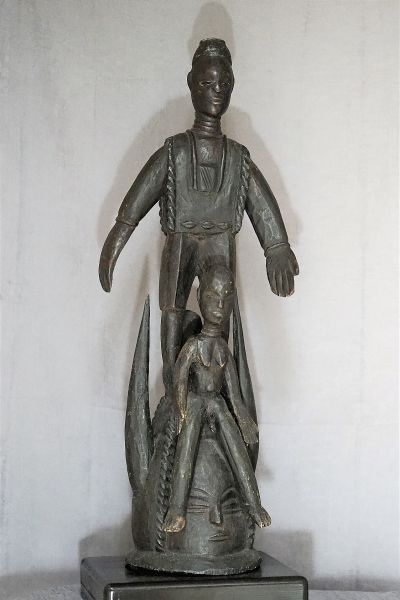 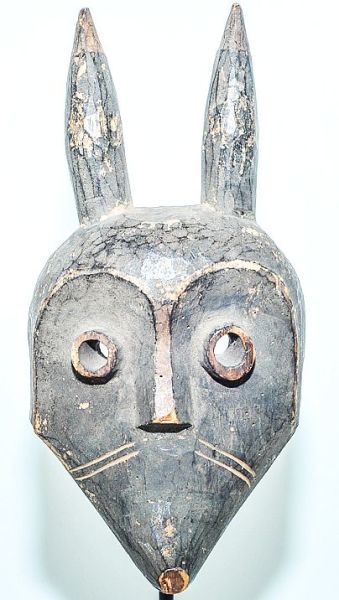 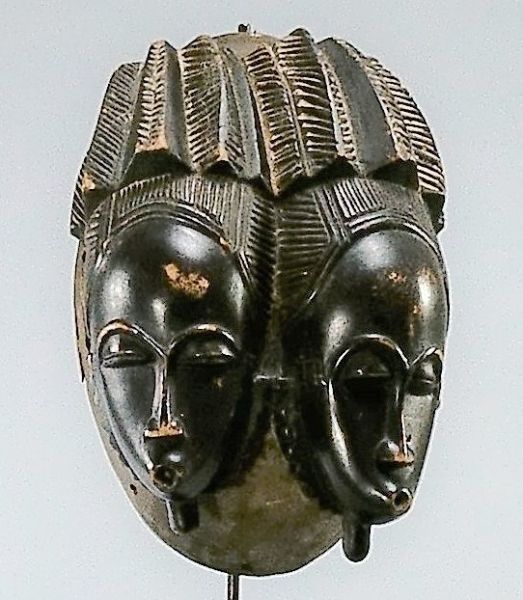 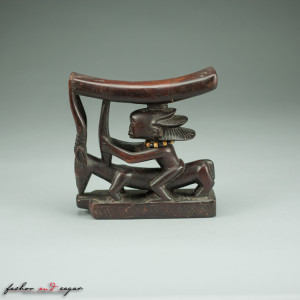