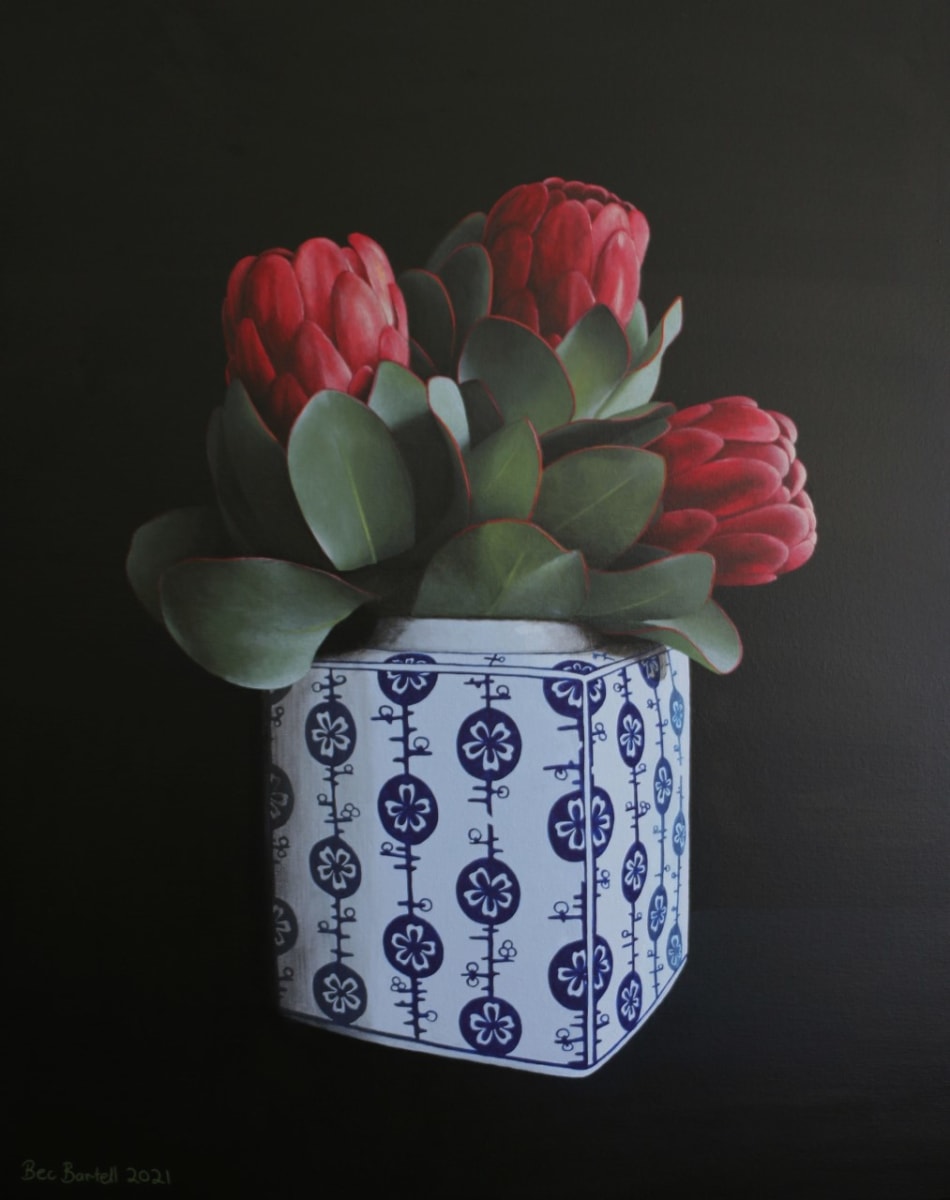 Caption:
I love wildflowers, they grow in all the places you thought they never would.
Inspiration:
Even though my painting is clearly of Protea flowers my inspiration came from
the sea in the form of Proteus who in Greek mythology, was the prophetic old
man of the sea and shepherd of the sea's flocks. He was son to the sea god
Poseidon, and his dwelling place was either the island of Pharos, near the mouth
of the Nile River, or the island of Carpathus, between Crete and Rhodes.
Proteas are among the oldest families of flowers on earth, dating back 300 million
years, Greek legend tells us that protea were named after Proteus. With its
mythological associations to Proteus a God of change and transformation, it's not
surprising that in the language of flowers, protea symbolizes strength and
courage.