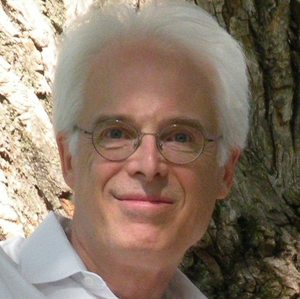 Dave Martsolf was born in 1949 in Kansas, moved to Western Pennsylvania in early childhood and at age 12 moved to New Hampshire where he resides today.  Martsolf’s father and grandfather were architects and his mother a professional photographer. Martsolf attended MIT and later UNH where he earned a degree in Fine Arts. His early work was influenced by the great masters and others such as the post-impressionists Miro, Matisse, Kandinsky, Klee, Picasso, and the surrealist Salvador Dali. Architectural instincts developed due to his close association with architecture in his youth.

After spending several years learning and creating computer-based forms Dave has returned to handmade art.   His more recent abstracts present a more direct communication with the energy of the here and now, leaving the more philosophical constructs of surrealism behind. Martsolf notes, “The computer has great power and abilities, but in the end what you get to hold in your hand is a printout. There is something lost in that. I love to look at a piece that is a real one-off original. There is a unique one-on-one experience that happens when the piece is handmade. “Undo” commands are not available.”

Dave continues to add to his major oil collections, as well as to smaller colored pencil and ink work and original sketches, exploring in parallel his love of realism, abstraction, and surrealism. Large energetic abstracts are underway. “I love the directness of the sketch, both when thousands of strokes are used to flesh out a form, or when the single or several quick fluid strokes are used to express what I would call the joy of dance onto the two-dimensional surface. The result can sometimes be held narrowly to the two-dimensional grounded surface, but I often cannot resist the mind’s propensity to see three-dimensional forms in the drawn line. I explore that with color and shading, as well as variations in line width. Many of my recent works explore that sequence of development.”