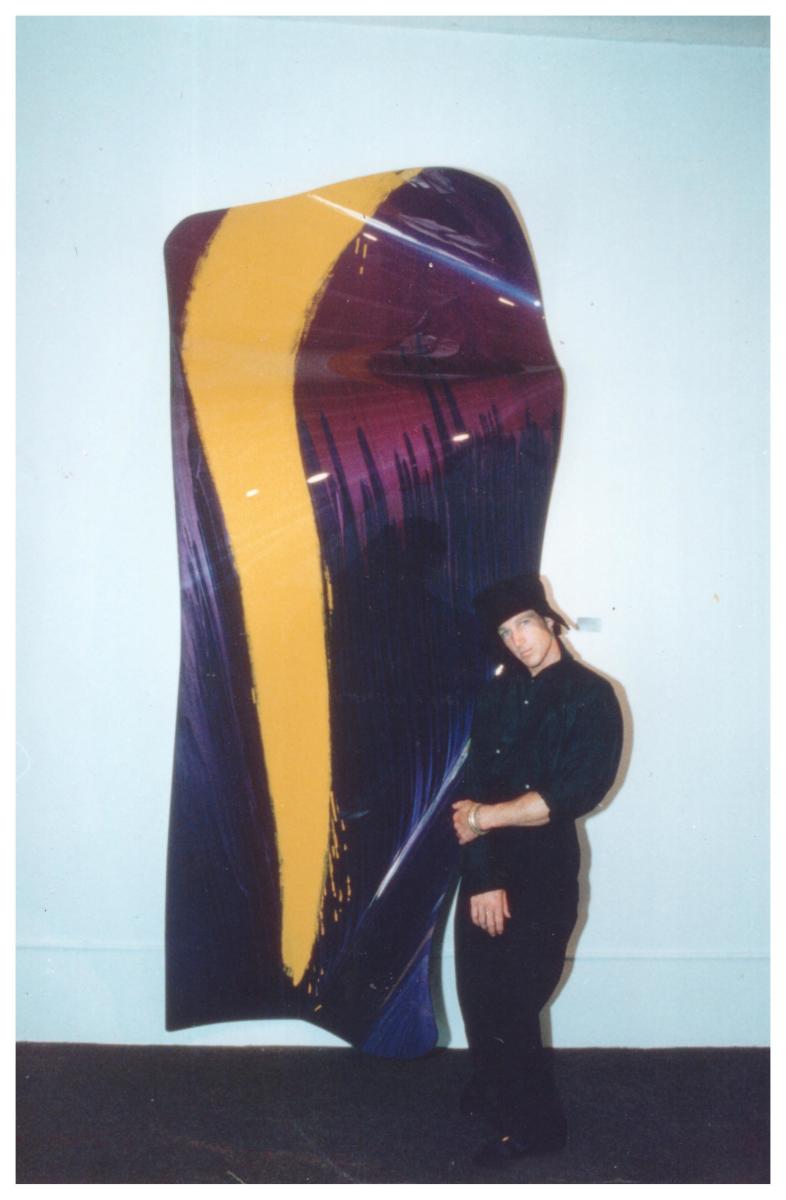 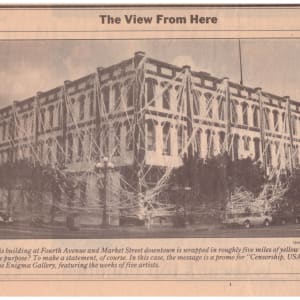 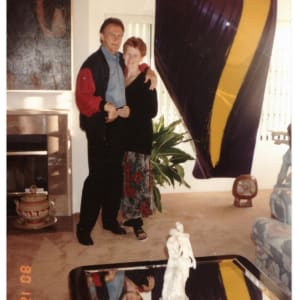 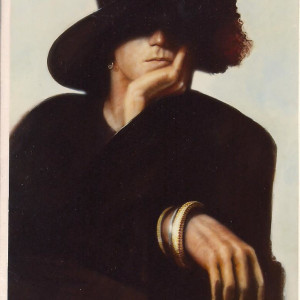 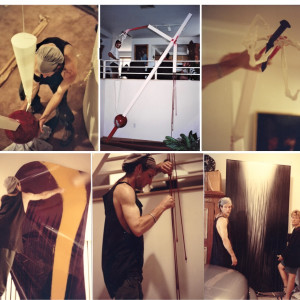 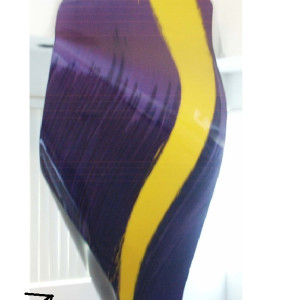 Notes on the process of Brandon's work "The Yellow River":

My name is Ansley Pye. I was a contemporary of Brandon Paris along. Thank you for your interest in “Yellow River” as Coop calls it, aka “The Fascination” by Brandon Paris. Coop asked me to dig out some old photos of it. He owned it and displayed it for 25 years! The following are thoughts of both Coop and myself. I put together a composite of 6 photos from 1993 taken in Patti and Coop’s condo during installation of several of Brandon’s works of art** that’s me in the far right bottom holding one other of Coop’s purchases of Brandon’s, an etched sheet of steel 8’x4(’in the spirit of Pat Steir) At the far left bottom is Brandon himself installing “Yellow River”. The other 4 images in the composite are also at the Cooprider Condo with Brandon working on an amazing but controversial 16’ piece called “War on Religion”. Probably even more timely today.
“Yellow River” Unfortunately, the images I found do not do justice to the beauty and power of this work of art. Since the Coopriders have downsized, it has been in storage.
I knew the artist Brandon Paris very well. In 1993 in the Gaslamp, I had a studio on the 2nd floor of the same building where Brandon had a studio on the 3rd floor at the corner of 4th and Market. (Where Hooters moved in).The sheets of steel Brandon used were transported in my Toyota pickup. I had the experience of watching Brandon produce works of art. With the piece "Yellow River" Brandon physically manipulated the metal with his own body strength the flat heavy steel into flowing curves ending in a metallic purple riverbed for a mass of yellow to pour though. There were multiple coats of purple, and several coats of clear lacquer all hand rubbed. The structure on the back for hanging is an engineering feat. Brandon by profession painted Ferrari and exotic cars that demanded perfection. It was that perfection that made Brandon’s works excel. Coop bought 5 works at one time. In 1994 “War on Religion” was featured at the “Collector’s Choice” exhibition with 120 works of San Diego artists on 3 floors of the Paladion conceived and produced by Coop and Patti for SDAI and the Lyceum. A huge success.

I met Brandon Paris in 1989 at the Broker’s Art Studio Building on Market Street, San Diego, Ca. where he had his studio on the 3rd floor. Brandon was about 30 years old and working on metal sculptures with varying political and social themes. He was a strong advocate of social change with regards to how society viewed both men and women. Brandon frequently donned women’s clothes, preferring a black lace skirt, black long shirt, large brimmed hat and granny shoes. When asked why he chose his attire, he would respond that it was unfair that men were destined to only wear pants, and that this limited their expressions of style.
About a year later Brandon and I decided to open a studio together on 6th Ave downtown San Diego. The studio was called Enigma Studio. It is here where Brandon focused on honing his skills in working with metal sculpture and created such pieces as “Season of the Bitch, and homage to a woman’s cycle”, “The End” and “Fascination, also known as Yellow River” and many pieces featuring a cross; either broken, scarred, or upside down. Brandon would bend the steal bars with his bare hands and used a variety of materials to produce the desired textures of his pieces like “Born again or the Afterbirth” which was featured in a one man show at BB La Femme Gallery in downtown San Diego in 1991. Brandon also had an extraordinarily timely piece both then and now entitled “War on Religion” featured in the 1994 collectors’ choice show at the Paladion.

Brandon was a premier car painter by profession and worked on exclusive antique, luxury and classic cars and was thought to be one of the best in the business. He used his knowledge of how car paint works to stretch the boundaries of use and create colors, patterns and drips on aluminum and steel that could rival any fine art oil painter.On many of his pieces Brandon would coat his sculpture with up to 20 layers of clear lacquer to create a mirror like shine that brought a luminescent beauty to the surfaces.

I knew Brandon to be someone who sought to get a reaction through a certain shock value in the subject matter, title and presentation of his pieces. But I also knew him to be a vehement supporter of women’s rights and strongly opposed to violence against women. Brandon Paris chose not to fit into the rigors society demands, yet demanded excellence from himself when expressing his feelings in art. 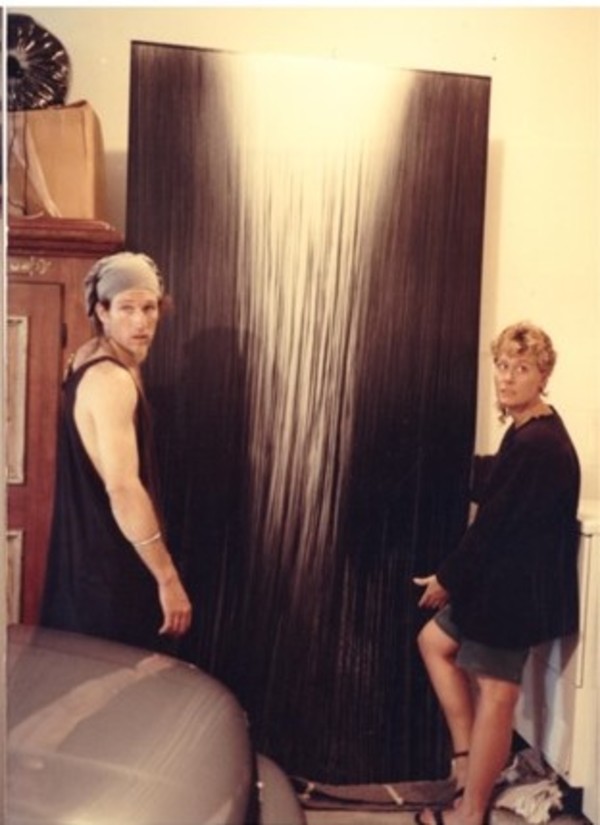 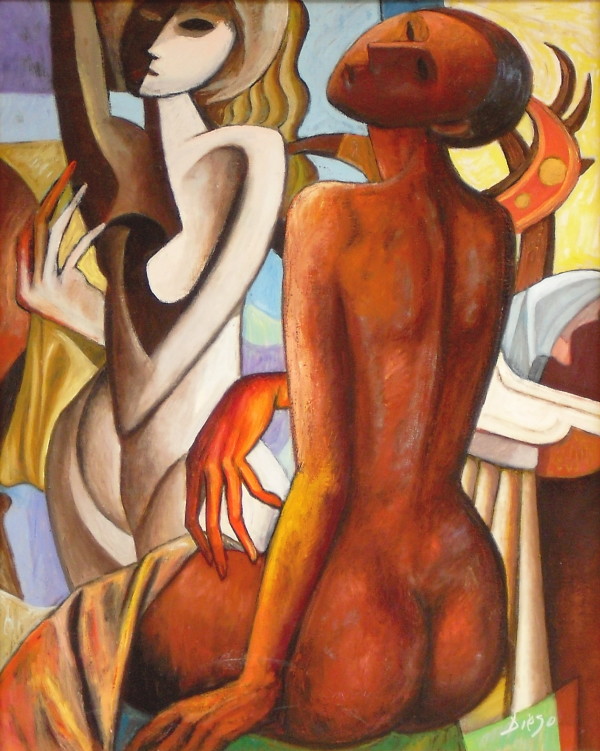 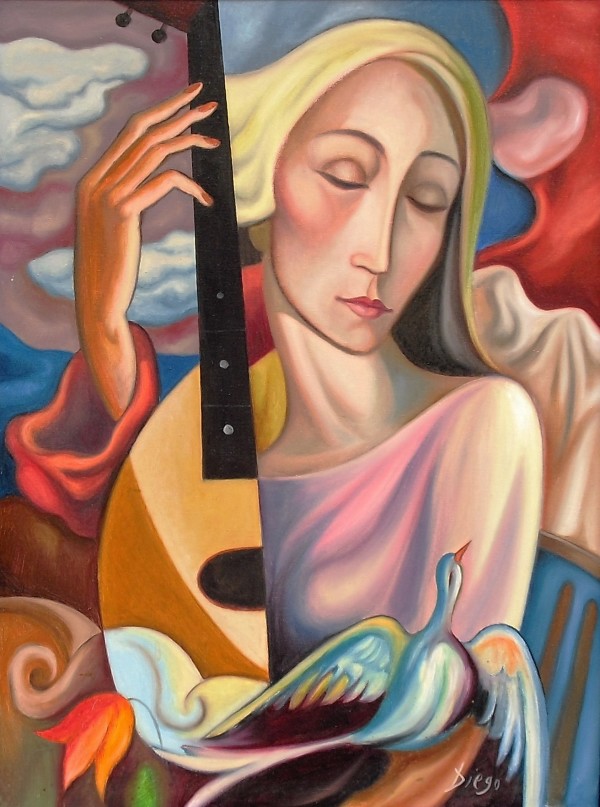 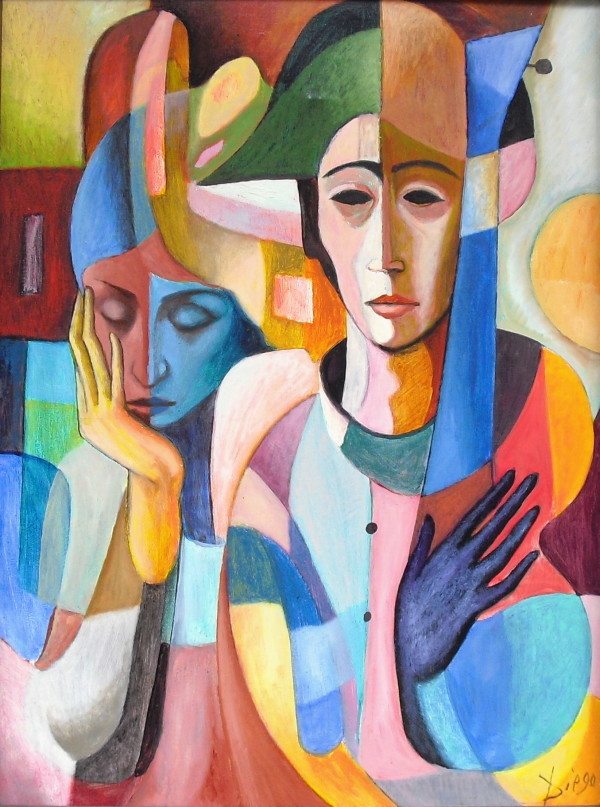 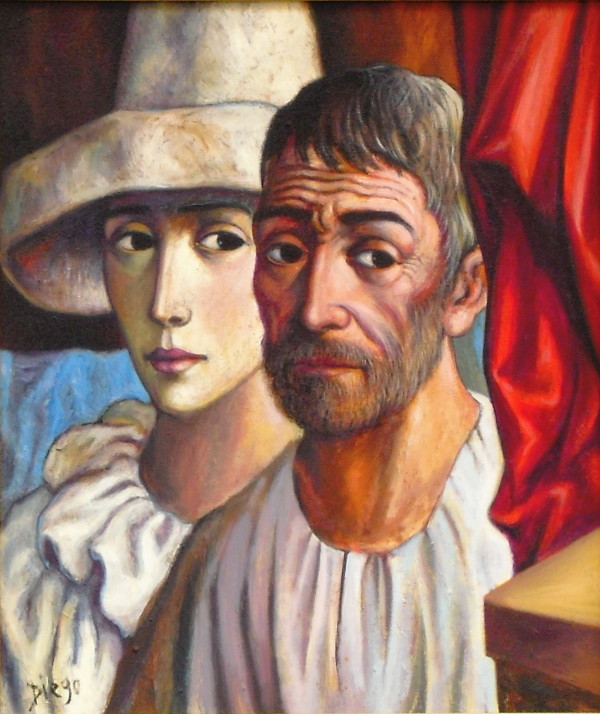 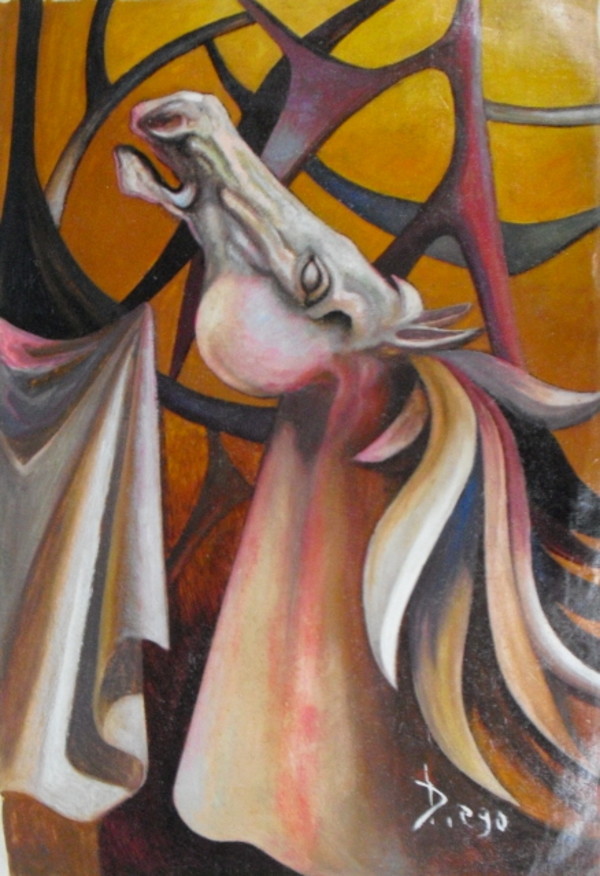 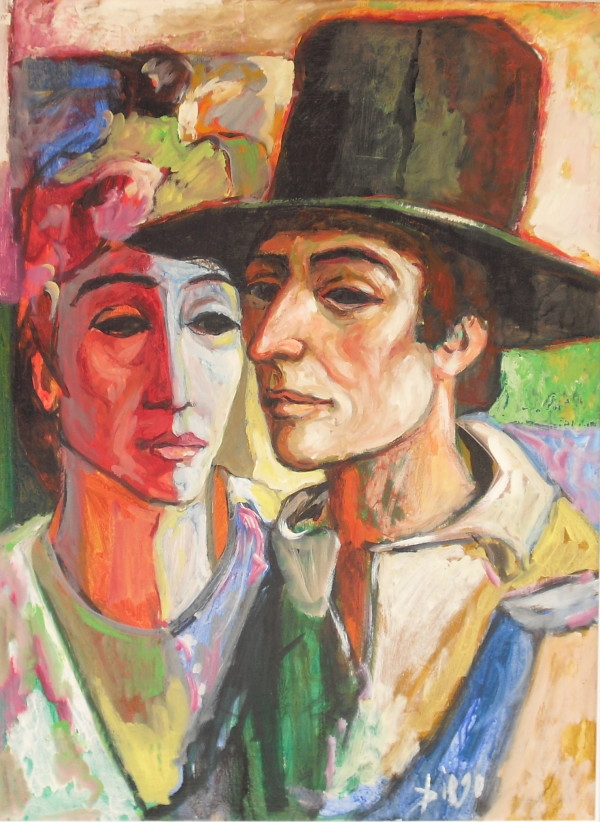 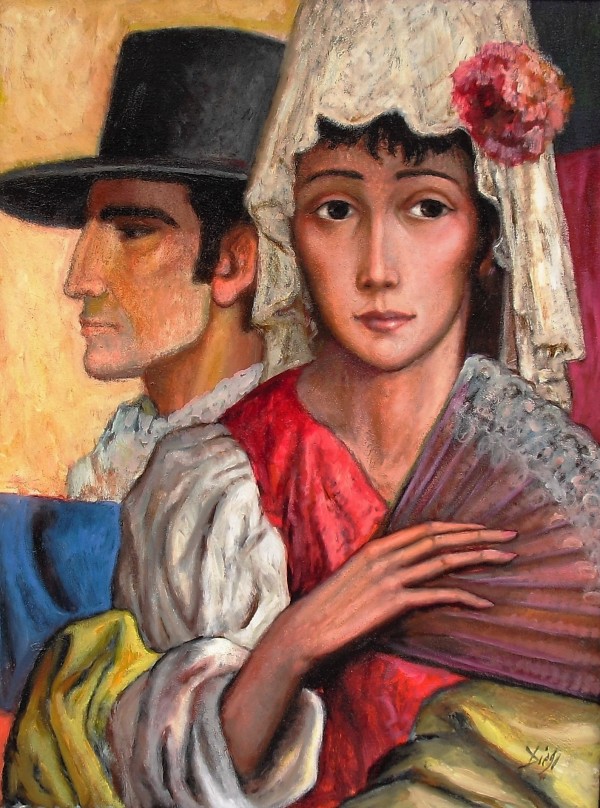