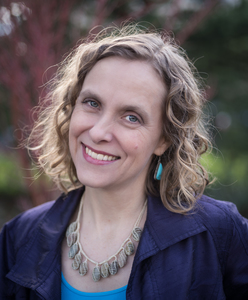 Charissa Brock is a artist who works with bamboo and glass to create sculptures. She works and teaches out of her studio in the Greater Portland Area. 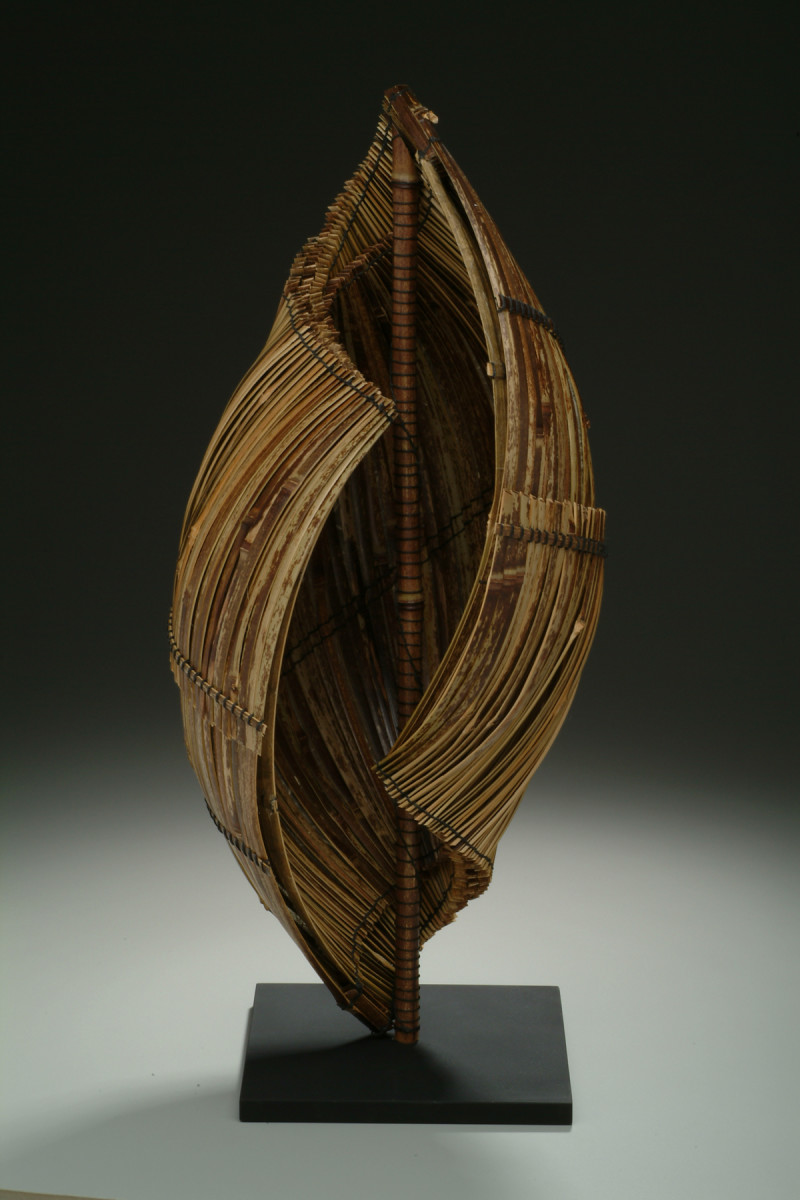 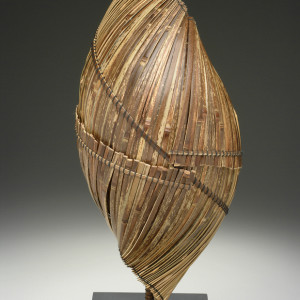 “Hearing the Sea” is a mysterious object you might happen upon on a walk through the forest or a swim through the ocean. The inspiration for this piece comes from my own discovery of mysterious objects on walks. I love that “What is it?!” feeling and then the guessing game that goes along with the discovery. The technique in this piece is one I have been experimenting with for years. Each time I tie together strips of bent bamboo I end up with a new and challenging form to work with. In “Hearing the Sea” I created a spiral where the skin of the bamboo faces outwards, a spiral where the skin faces inwards, and two wing like shapes, which are all layered together.
This piece was made during an exciting time of my learning to use bamboo. In 2001 I had met a Japanese bamboo basketmaker, Jiro Yonezawa, who trained at the Bamboo vocational school in Beppu, Japan. During 2001-2002 he had shown me through demonstration how to use a splitting knife, the right handed and left handed bevel knife, and a bamboo planner. These three tools used together will create strops which are consistently the same width and thickness. By 2005 I was practiced enough to create longer consistent strips which I could turn into forms such as “Hearing the Sea”.

Other Work From Charissa 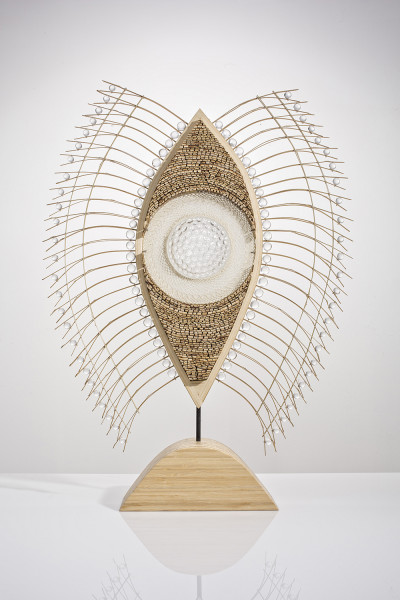 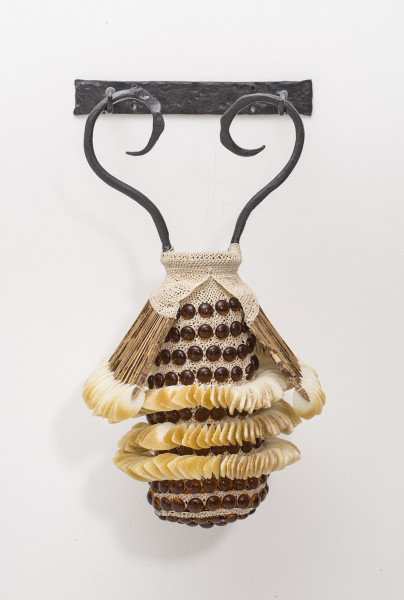 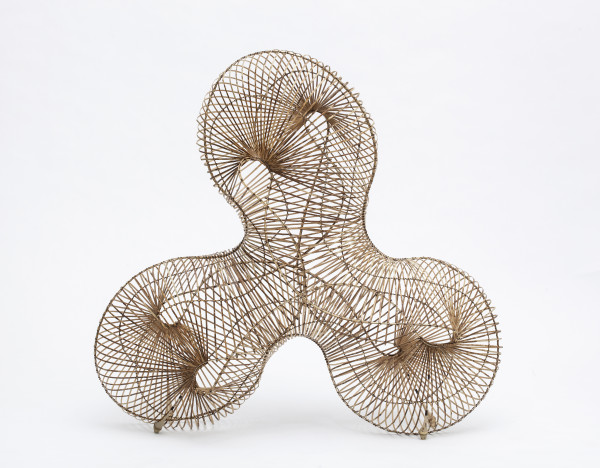 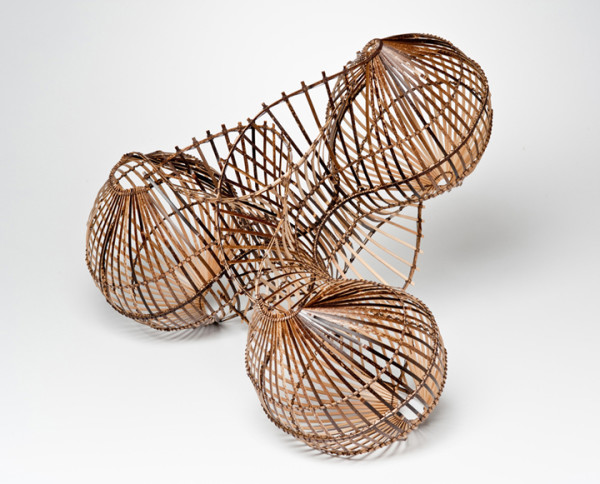 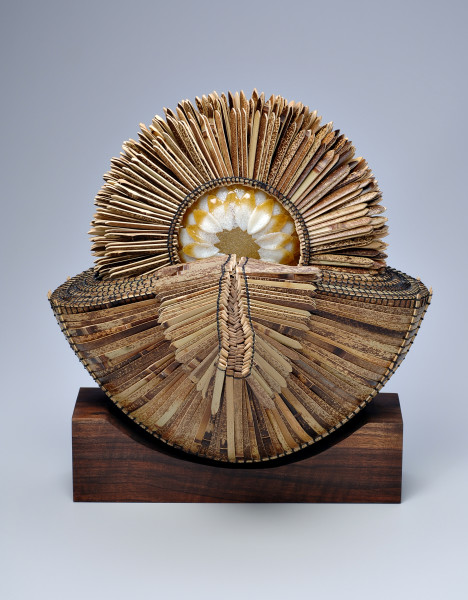 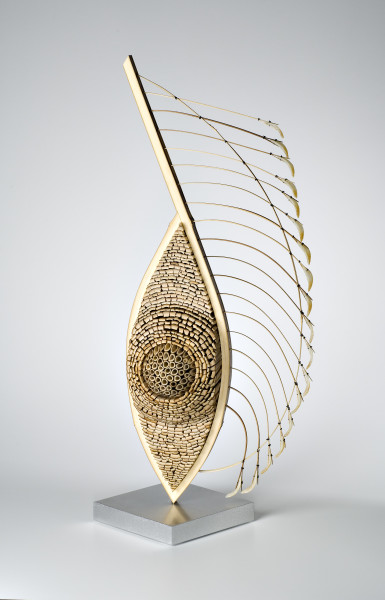 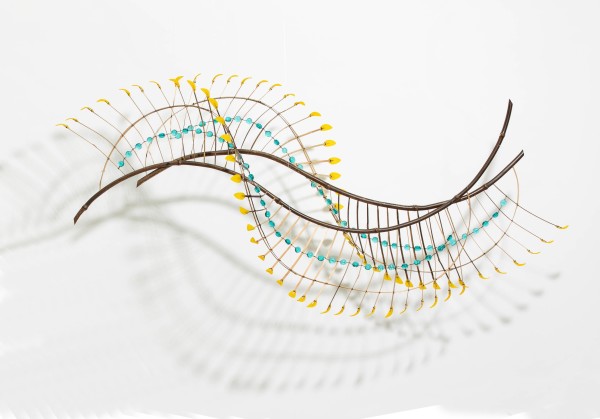 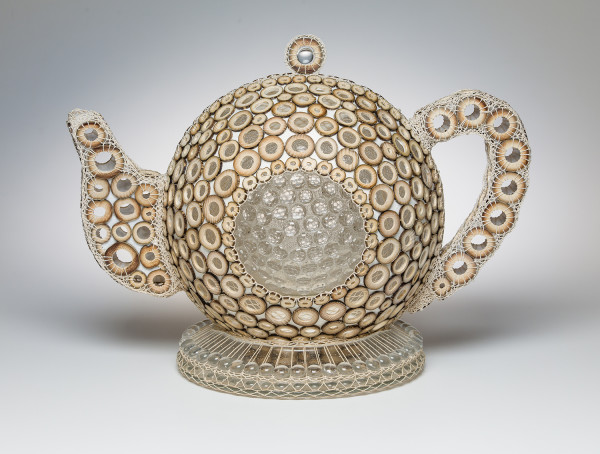 See all artwork from Charissa 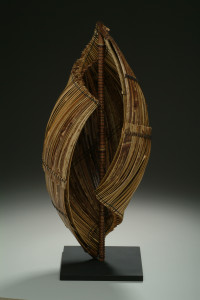 Inquire about piece: Hearing the Sea