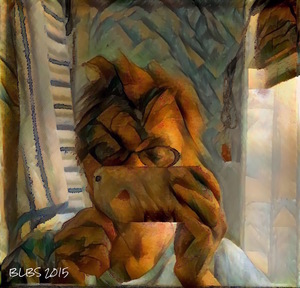 Barbara Storey is a fine art photographer and digital artist born and now living in Stratford, Ontario, Canada. She has also lived in the US, Italy, and Germany.

She studied art history at Barnard/Columbia in NYC. The first time she went to a museum there, in her early twenties, she discovered an instinctive understanding and love of the basic elements of art, which is what eventually led to her studies. At Barnard, she focused primarily on the paintings of the early Renaissance in her studies and thesis, but also studied modern art, the architecture of Frank Lloyd Wright, and Chinese art. She has always been drawn to both traditional, classic styles and modern ways of breaking with tradition to create new styles and genres.

As an artist, she is primarily self-taught, and has found that experimentation is the best path to follow. Barbara finds her inspiration in the natural world, whatever style she chooses to work in: realistic photography or abstracts created from imagination applied to nature. As a digital artist, she is always on the lookout for new inspiration and new tools to learn and create with.

Her artistic heroes and influences range from Ansel Adams to Vivian Maier, Picasso to Frida Kahlo, Turner to Mondrian and Modigliani. She is also inspired constantly by the work of contemporary photographers and digital artists in online galleries and social media.

Barbara’s first full exhibition – “Transformations: Art/Artist Evolving” – was held at Factory163, Stratford, Ontario, from September 21-26, 2017. Her photography, digital art, and pattern designs were all featured in this show. Prior to that, the first exhibition of her work was at a small gallery in Stratford, Ontario in October 2014. Also, one of Barbara’s abstract works – “Bumbly Bee” – was part of an exhibition in the UK in the summer of 2016, from May 26th to August 31: this exhibition was sponsored by the charity organization Friends of the Earth’s Great British Bee Count and Artfinder and was curated by interior designer and entrepreneur Jo Wood at My Chelsea Hotel in London. It remained on display in London until the spring of 2017. Her work was also featured in two curated art exhibitions at the York Lane Art Collective in Stratford, Ontario: “Creative Nature,” which ran from February 17 to March 6, 2018; and “Pride Art Show”, June 2019. She was featured at the Stratford Public Library in their Community Art program for the month of November 2019, and one of her pieces, “O’Higgins Alley,” placed third in The Photo Show at Agora Gallery Stratford, November 23 to Dec 22, 2019.

I am a photographer and digital artist, using cameras and software to create my work. Experimental, intentional, realistic, and abstract are the words I would use to describe my art, and nature and my imagination are the two most important elements of inspiration for me. I find the creation of digital art as natural and fulfilling as capturing a scene in nature in my photographs – both approaches allow me to explore the world.

In my studies at Columbia, I focused on Renaissance art, with a small minor focus on modern art, from Picasso and Braque to Umberto Boccioni to Frank Lloyd Wright. I have always been drawn to both the traditional or classic styles and the modern ways of breaking tradition, and this attraction to opposites and their possibilities is what drives my work as well.

I've known I was meant to be an artist since the first time I went to a museum in my early twenties, and realized I understood the elements of painting even though I did not yet have the education or vocabulary to talk about them. At Barnard/Columbia, I was able to acquire both those things, and what I want to accomplish as an artist is to explore and communicate through art’s most basic – and exceptional – elements: colour and light.