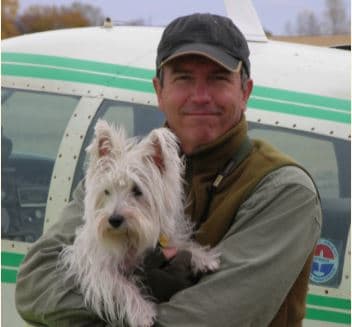 Gordon Allen`s work includes oils, watercolors, etchings and illustrations. His drawings have appeared in hundreds of books and publications while his paintings and etchings are in collections across the country.

Born in Baltimore in 1953, he grew up loving art and the outdoors. After one year at the MD Institute College of Art, he embarked on his career as an artist when he illustrated the first of what was to be many books in the sporting genre. In his mid-twenties, while illustrating for a living, he studied etching. Learning mostly by trial and error, he concentrated on understanding the traditional techniques of etchers like Rembrandt, and was eventually able to build a business selling his etchings in galleries across the USA. The success of this business freed him up from having to illustrate and allowed him to focus on painting. Most of his paintings are done en plein air in the American Impressionist tradition, and his subjects range from wilderness settings to rural and urban landscapes, as well as portraits and still lives.

With painting, he loves nothing more than spending the day outside behind the easel and experiencing the world, man-made or natural, in a studied way that is available to few but artists. His etchings are an extension of his illustrating career and are usually done in the studio at more deliberate pace than his plein air work.

Though most of the thirty or so books he has illustrated are in the sporting genre, he recently illustrated "A Little History of the United States" for Yale University Press which was nominated for a Pulitzer Prize.

He lives in Chapel Hill, NC with his economist wife and two sporting dogs. 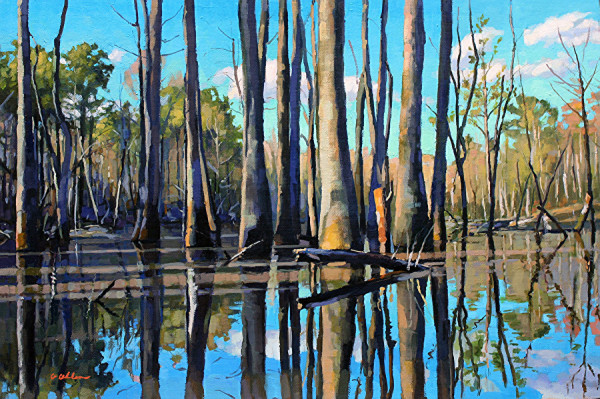 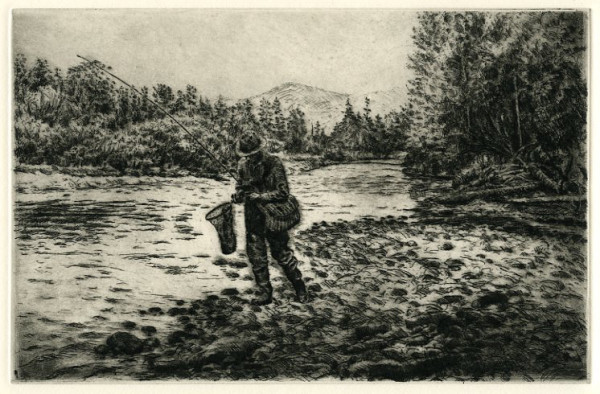 Etching
Cookies help us deliver our services. By using our services, you agree to our use of cookies. Learn more