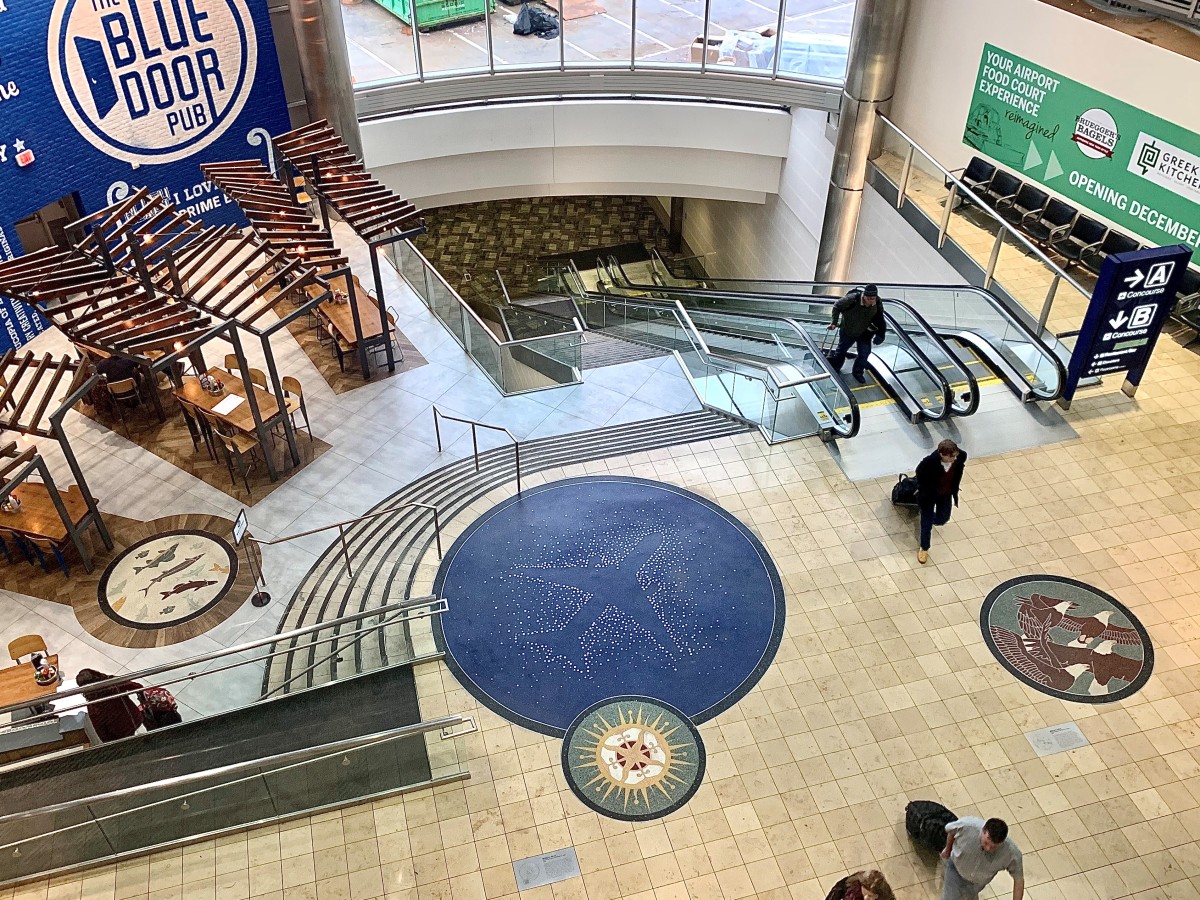 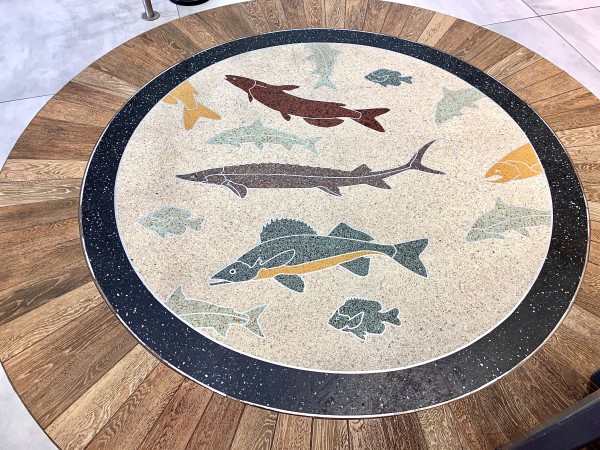 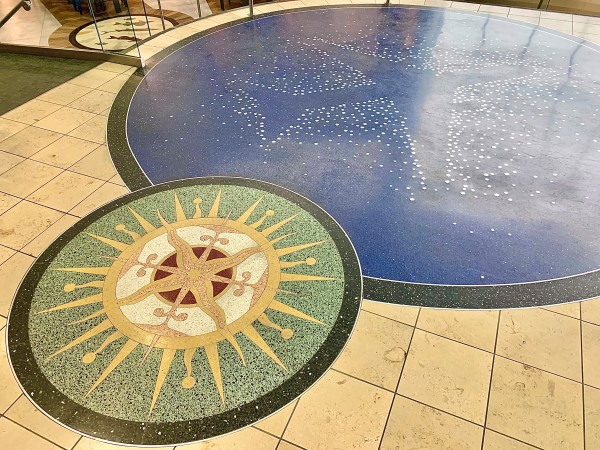 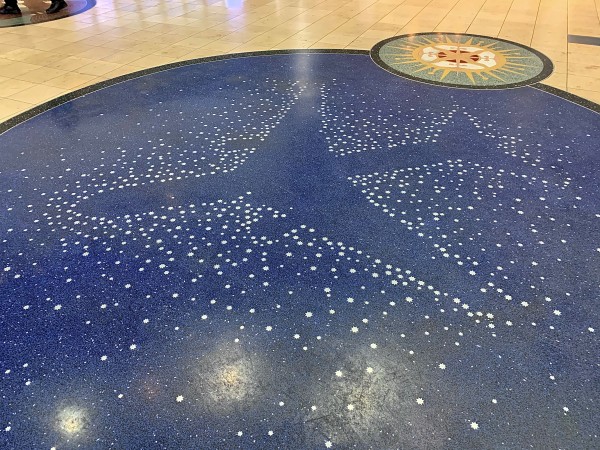 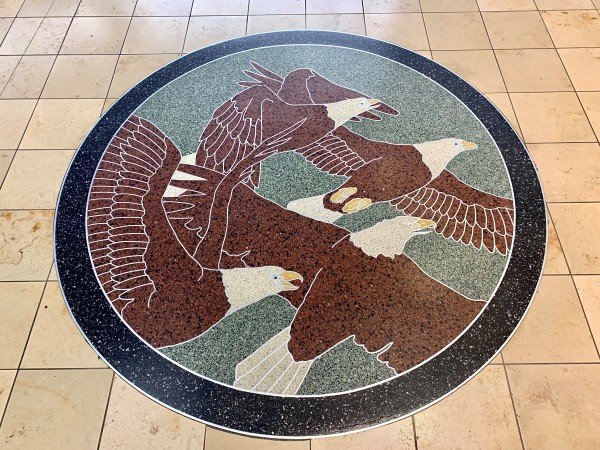 The terrazzo floor mosaic in the atrium linking MSP Terminal 1 concourses A, B, and C was designed shortly after September 11, 2001, and was influenced by the tragedies of that day. While the native wilderness and spatial themes are consistent with other mosaics at the airport, there are also subtle representations honoring the victims of 9/11: an outline of a plane in a star field, four eagles representing the four commercial planes lost to terrorists, a fiery wheel symbolic of heaven, and black bands around each design as tokens of mourning. The artwork acknowledges the magnitude of September’s tragic events while also celebrating the new facilities and their importance as a conduit for those traveling to and from Minnesota. 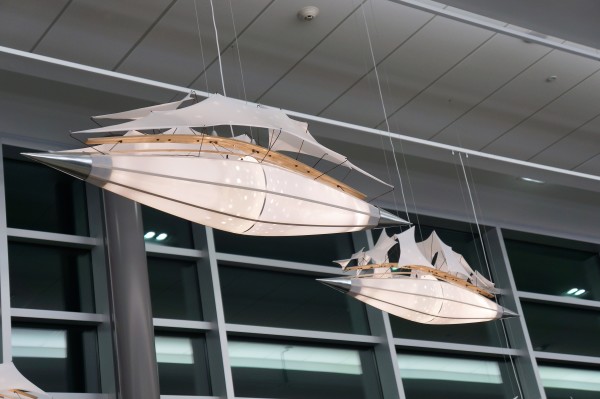 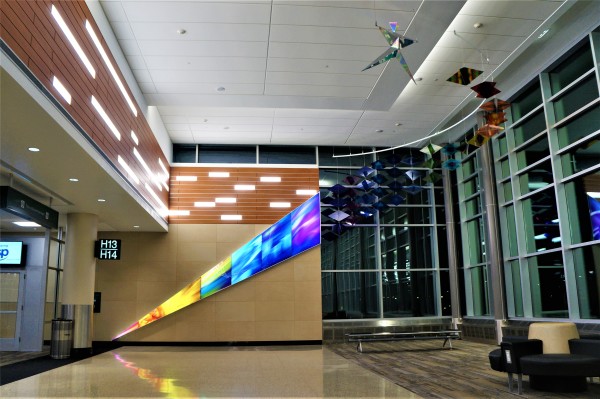 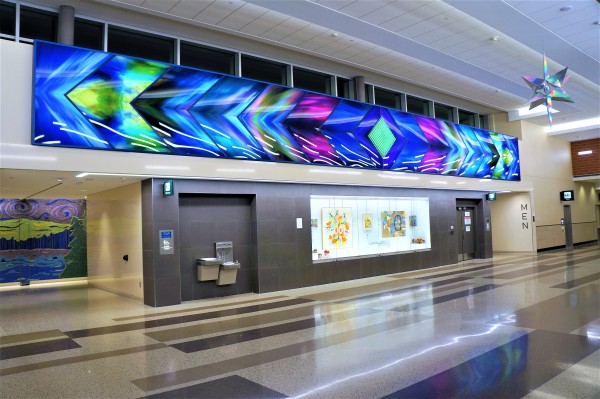 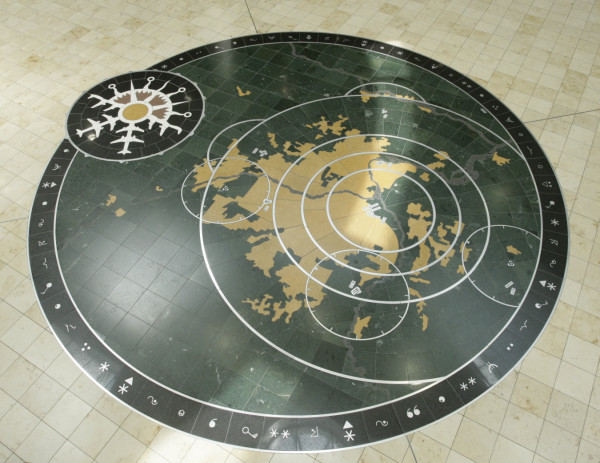 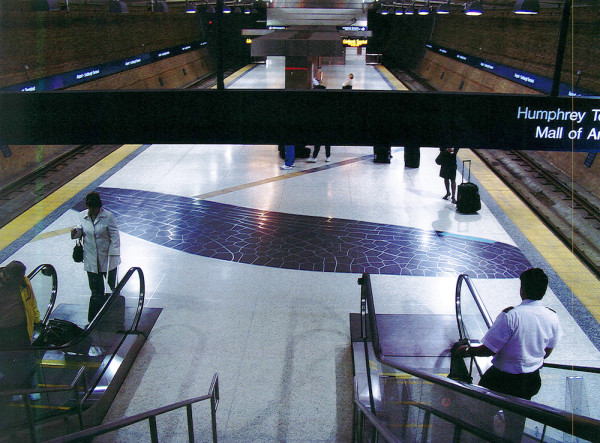 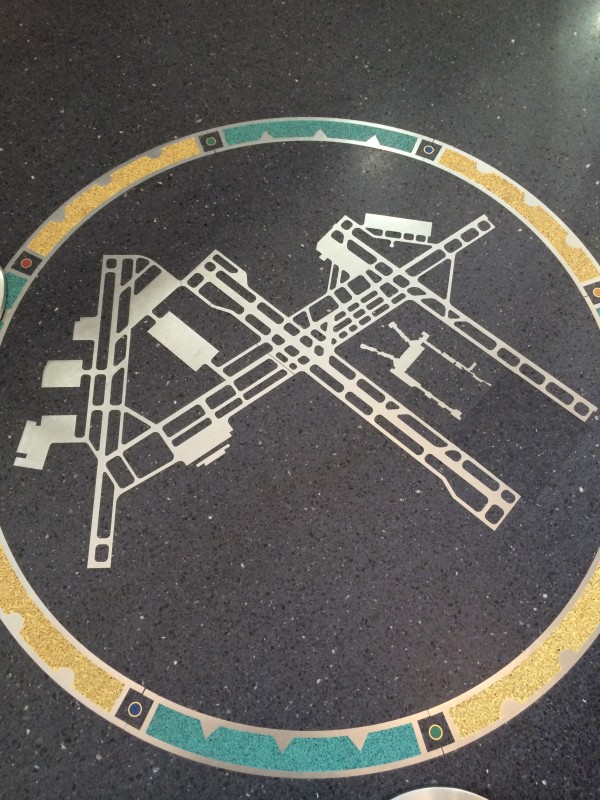 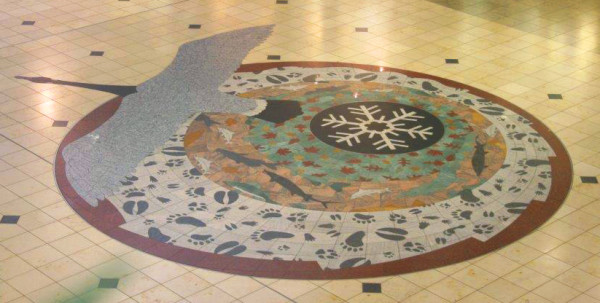 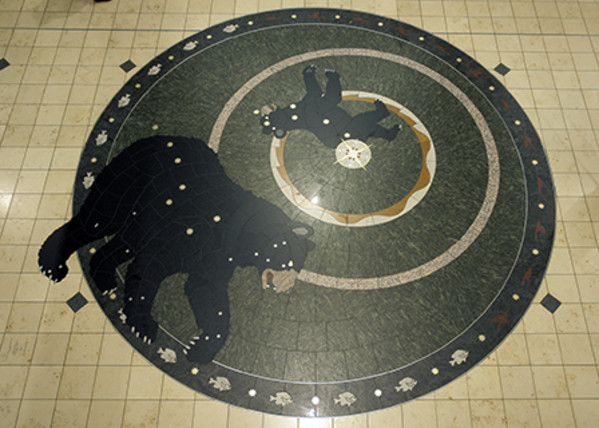