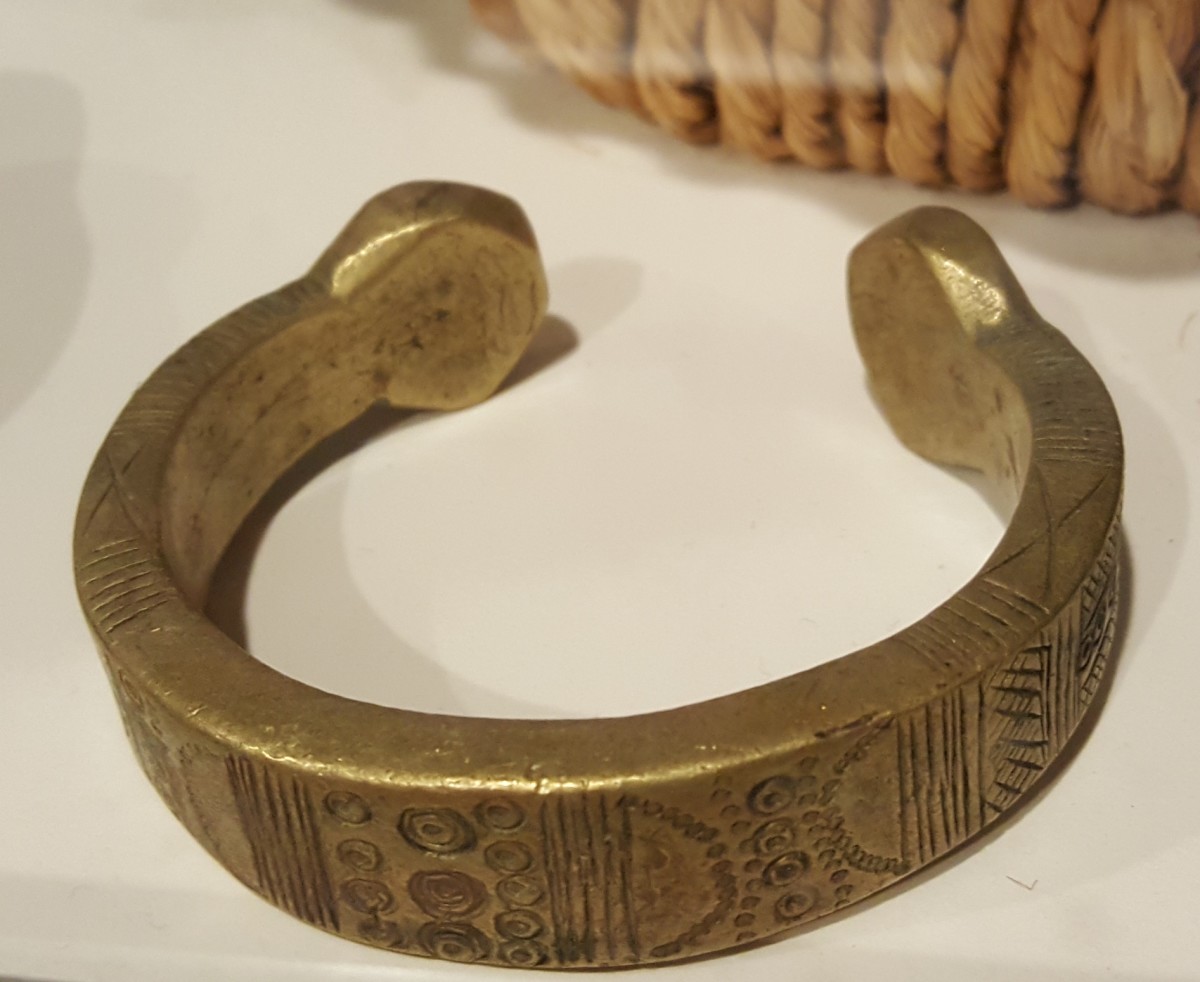 Manillas are a form of money, usually made of bronze or copper, which were used in West Africa. They were produced in large numbers in a wide range of designs, sizes, and weights. Originating before the colonial period, perhaps as the result of trade with the Portuguese Empire, Manillas continued to serve as money and decorative objects until the late 1940s and are still used as decorative objects in some contexts. In the popular consciousness, they are particularly associated with the Atlantic slave trade. 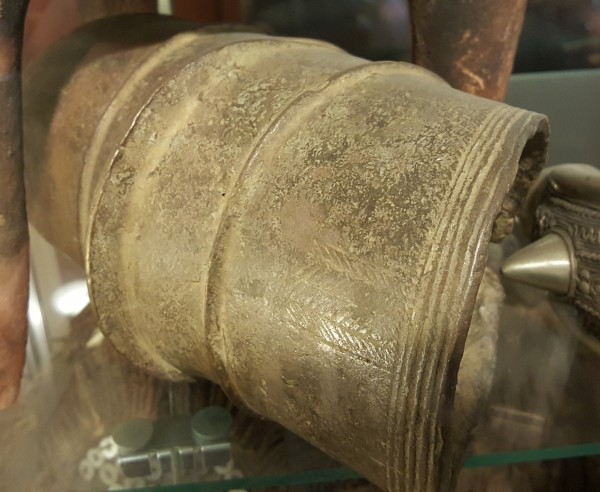 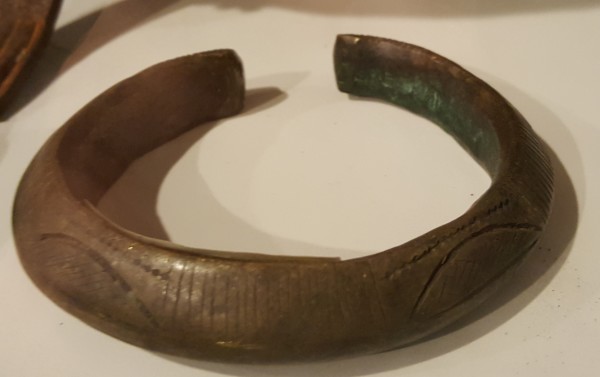 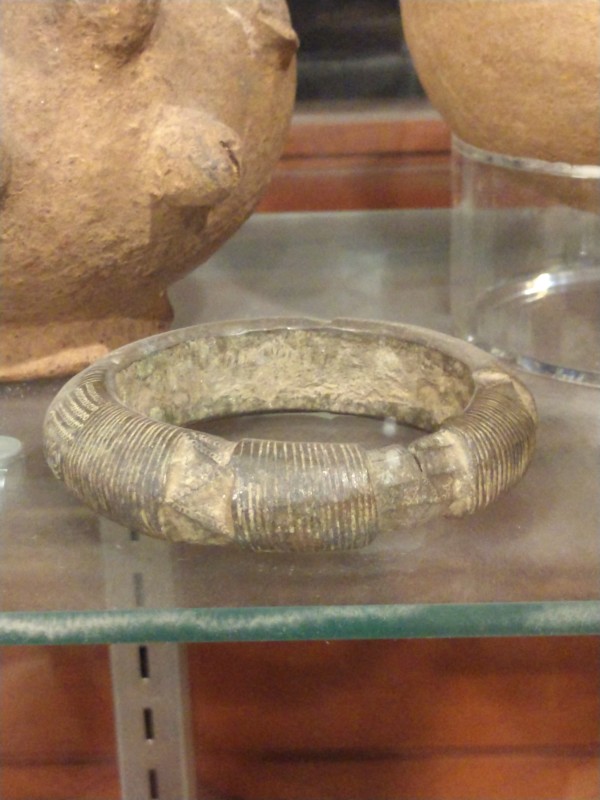 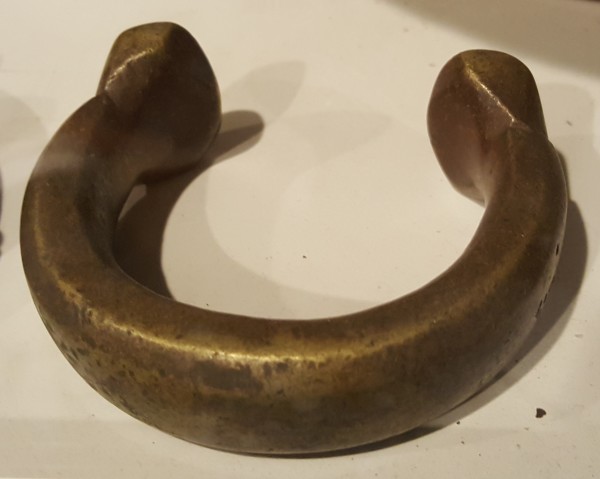 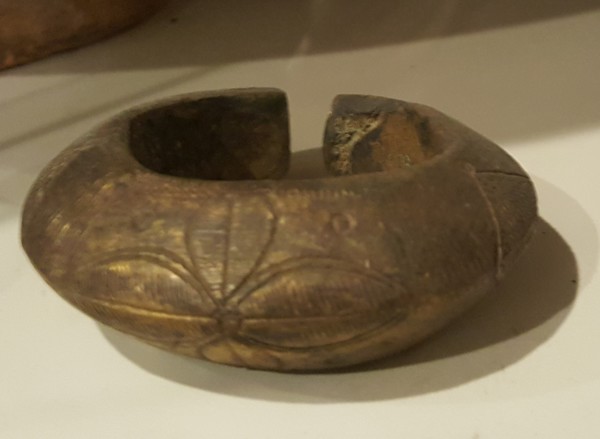 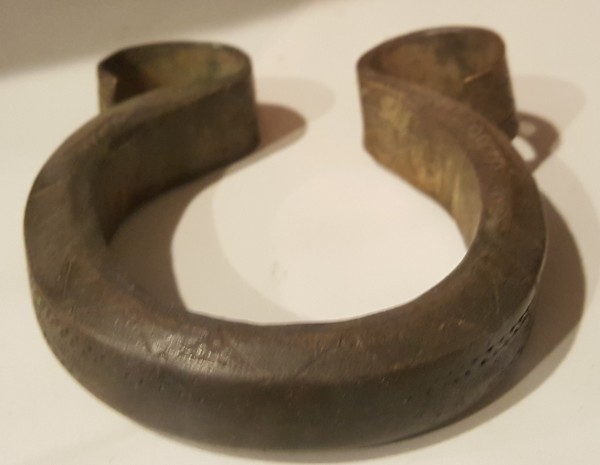 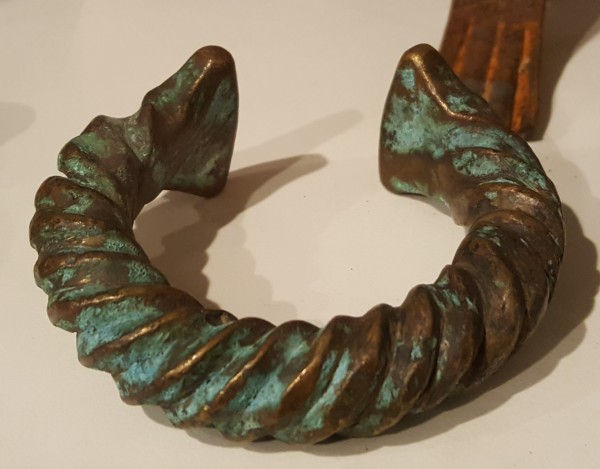 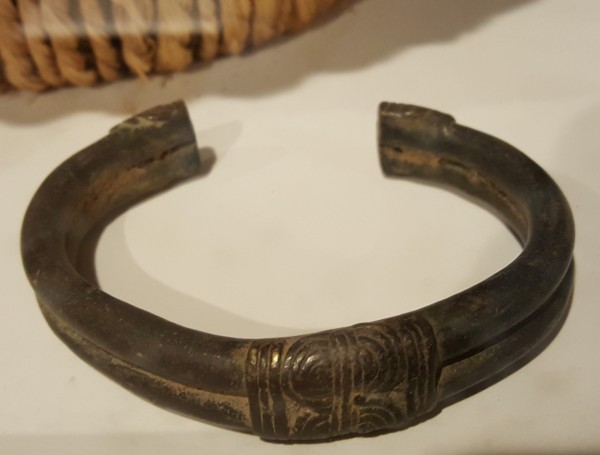 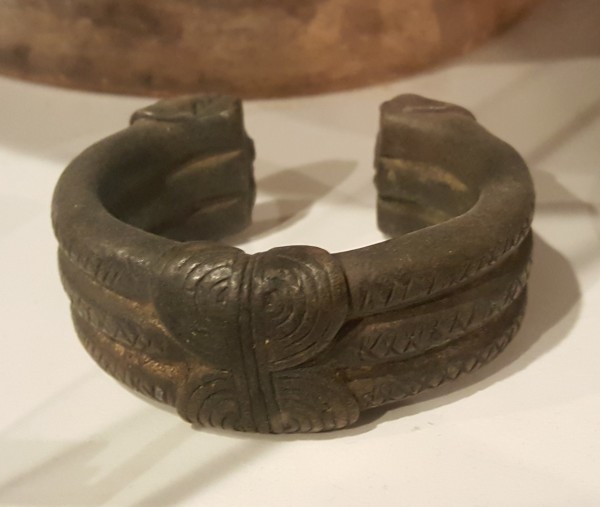 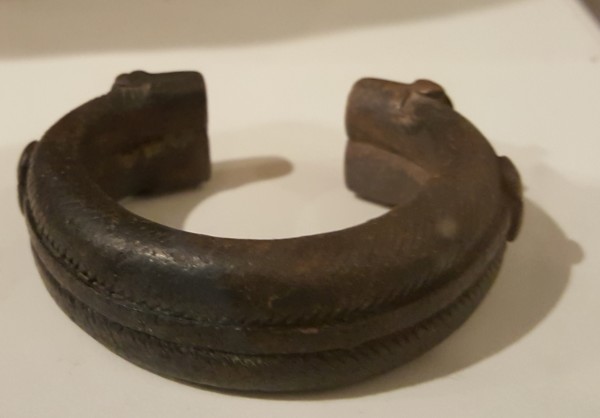