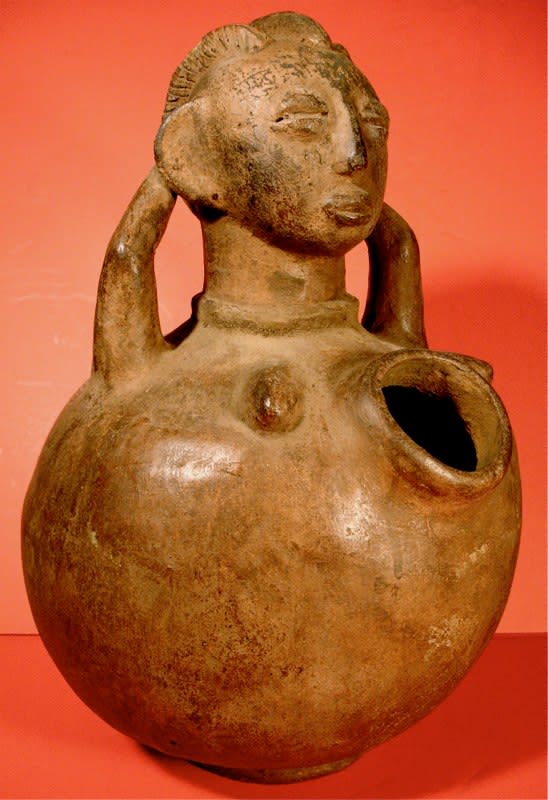 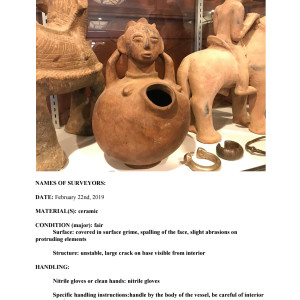 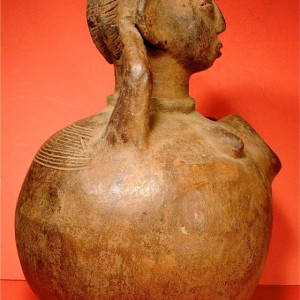 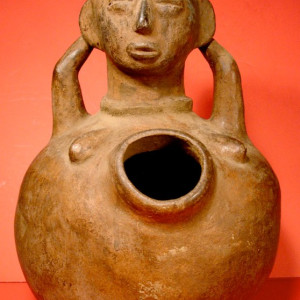 African potters--primarily women--handbuild a variety of vessels that they embellish with beautiful colors, designs and motifs before firing them at low temperatures. Containers made for daily use hold water or serve as cooking utensils. They also make vessels to be used in special ceremonies or that become part of an assemblage of objects placed in a shrine. The figurative pottery tradition arose in northeastern Congo during the late 19th century when the Zande and Mangbetu produced works for Europeans and Africans. Vessels, such as this example, were black or near black in color with highly burnished surfaces. The deep, incised grooves that appear as concentric circles on the body and as parallel grooves on the neck display Mangbetu influence. The stylized head with protruding, perforated ears, elongated jutting nose with flared nostrils and half-closed eyes in large sockets are reminiscent of Zande stylistic traits. The impressed patterns that appear on the body and neck are found on both Zande and Mangbetu pottery. While both Zande men and women create pottery, only Zande men created figurative pottery, a tradition no longer exists. 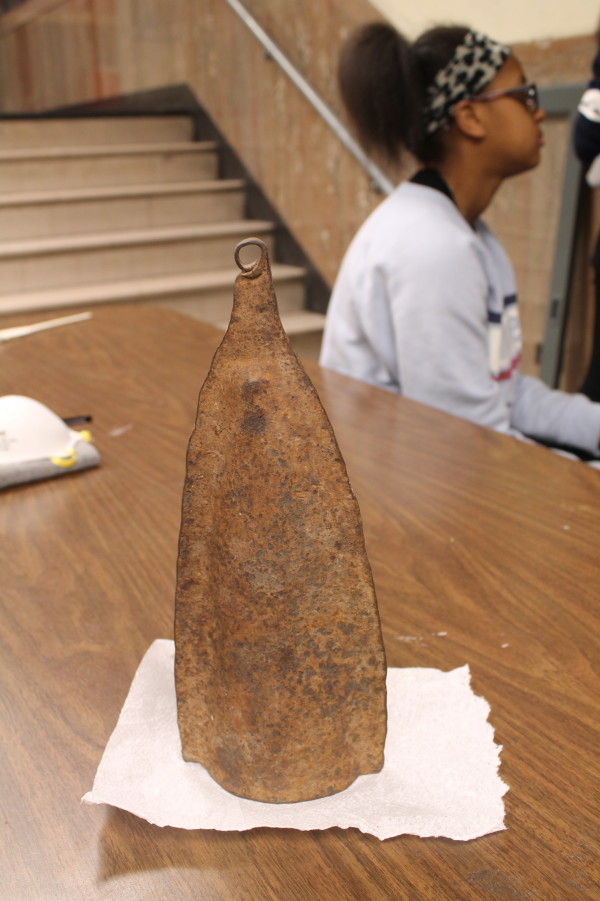 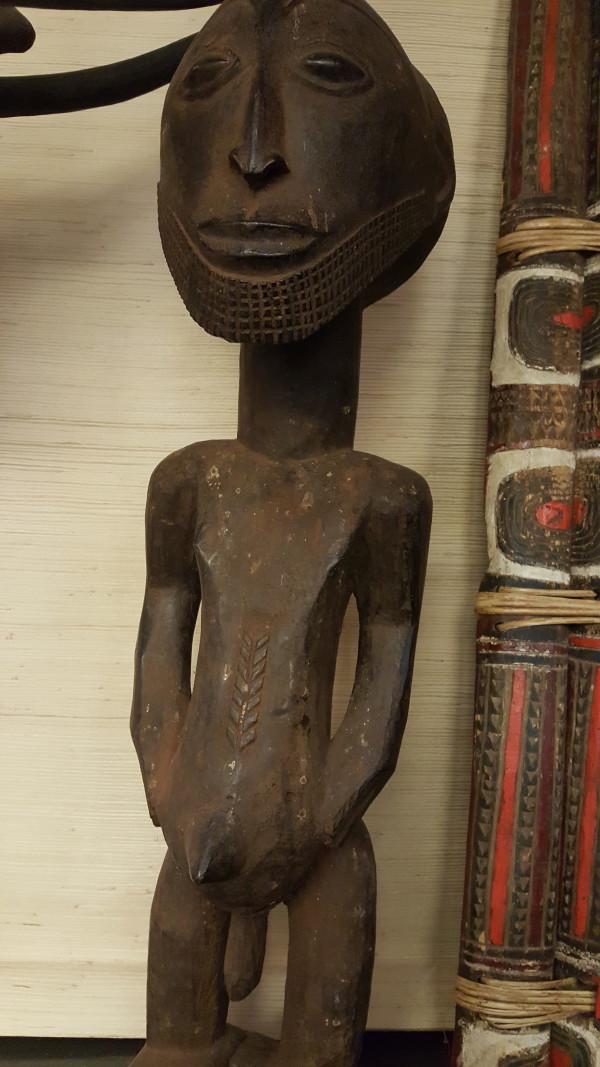 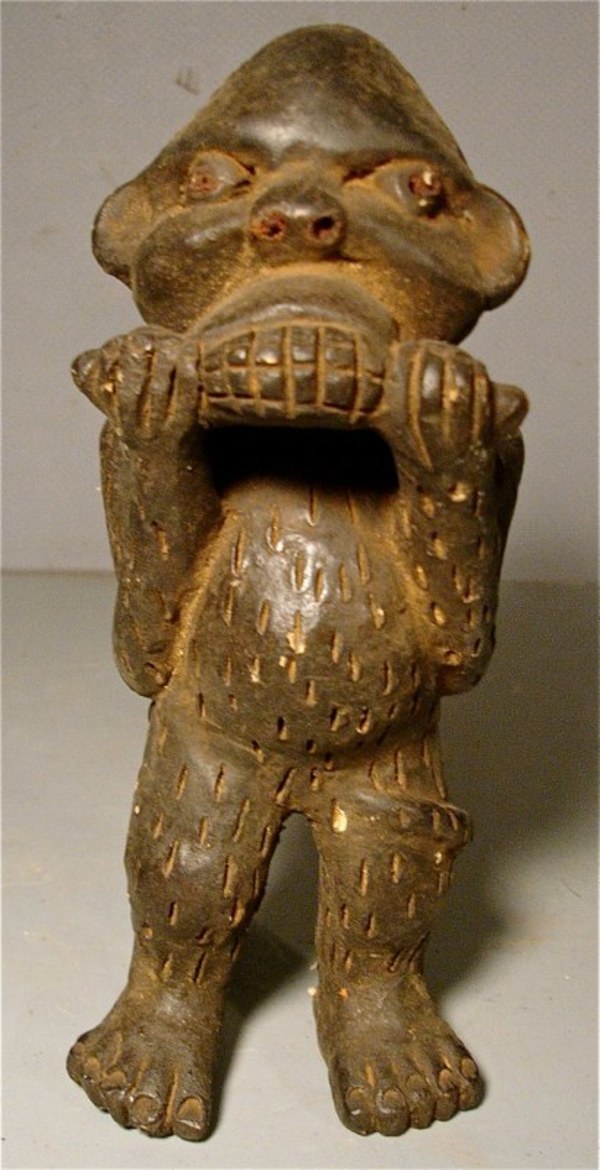 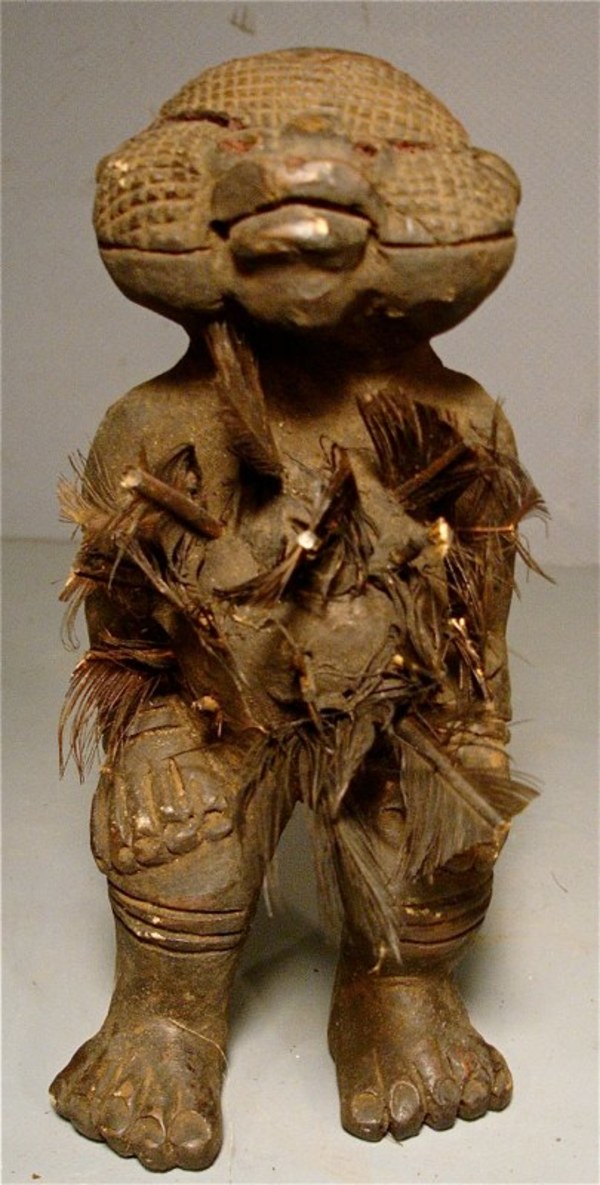 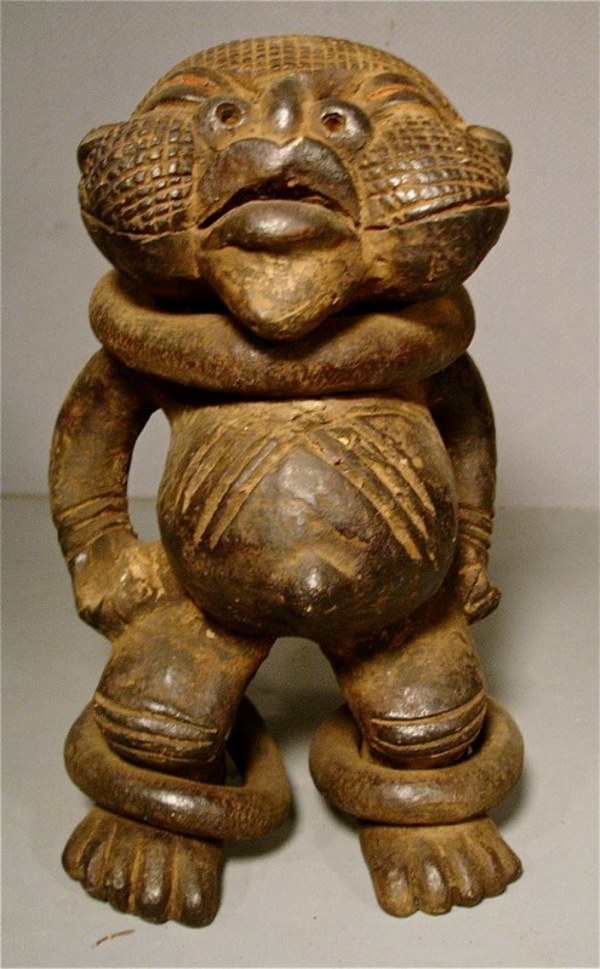 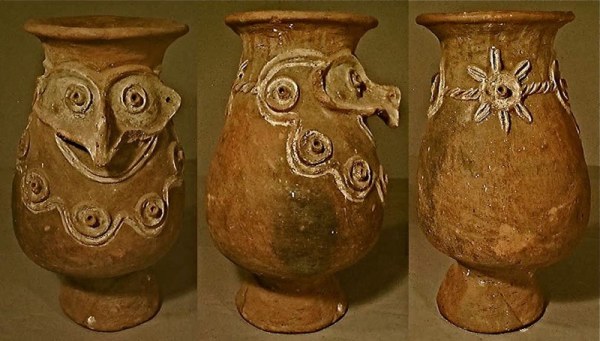 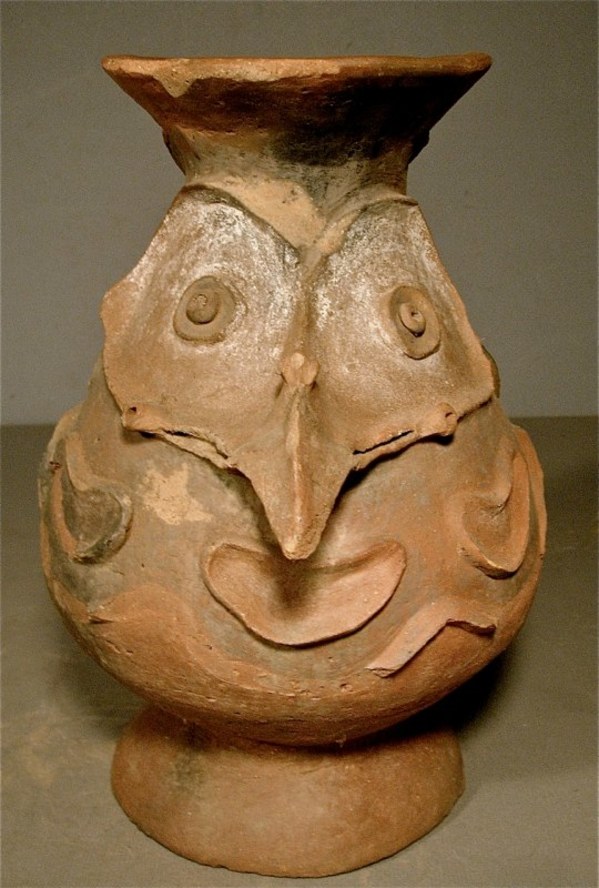 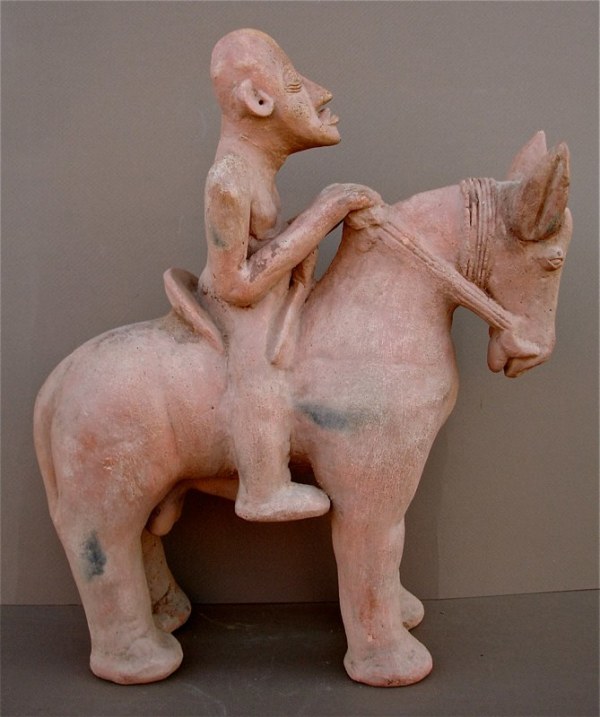 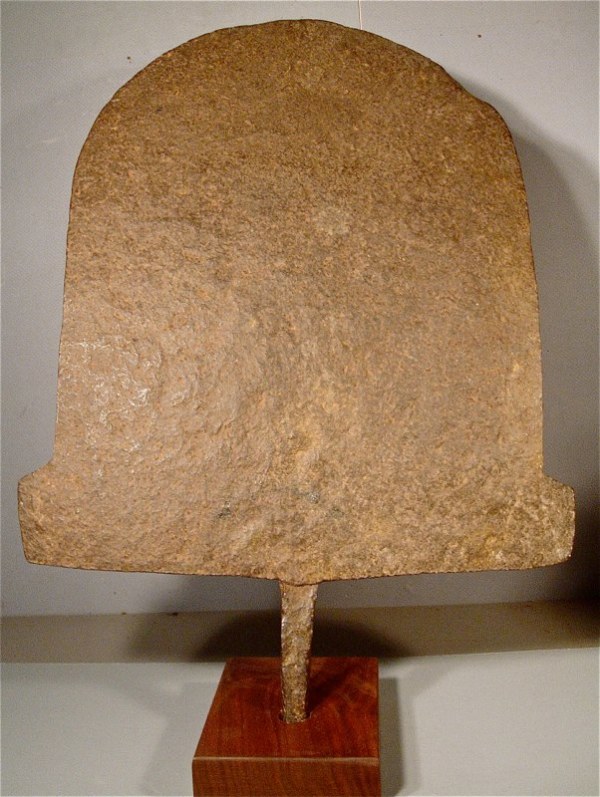